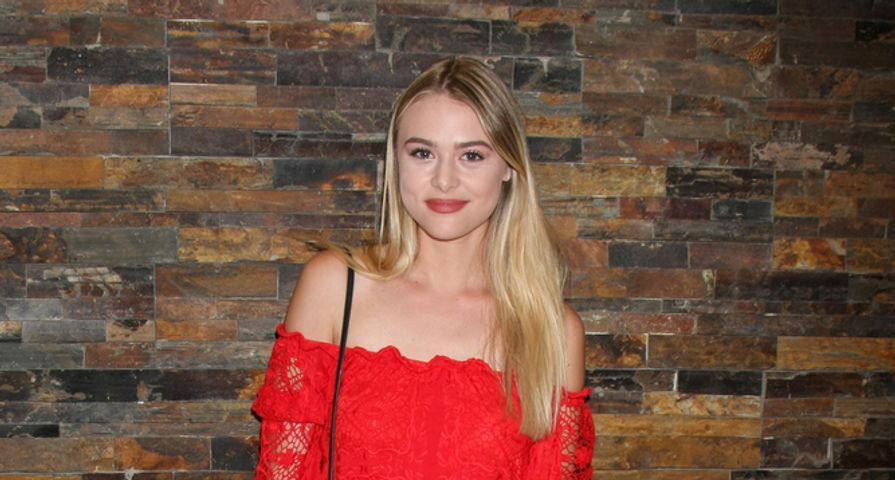 Being a soap opera actress or actor has to be challenging. Unlike primetime dramas, where actors have a week to prepare for scenes, daytime actors go at it daily and are constantly thrown plot twists and curve balls. Not to mention the fact that daytime soaps do not get a summer hiatus. These actors are needed to work daily which means learning their lines at a faster pace. Some soap opera actors rise to the occasion and simply nail every storyline that is handed to them — while others clearly struggle with simply making a dinner scene look believable. Below are ten disliked soap opera actors.

It can be difficult for any actor to step into a role that was previously held by a fan favorite, which was exactly the case in 2004, when Kristen Storms opted to leave the role of the much-loved Belle Brady. Charity Rahmer stepped into the part and shortly after was released. In fact, Rahmer only taped a mere 16 episodes of Days of Our Lives (DOOL) as Belle Brady. If fans blinked, they may have missed the second portrayal of Belle, but her character wasn’t too memorable to begin with.
Source: www.cinemarx.com

The beautiful and talented Kelly Sullivan is adored by Y&R fans everywhere and really is a solid soap opera actress. However, while she resided in Port Charles as Connie Falconeri/Kate Howard, the recast was simply a terrible fit for the actress. She took over from Kate Ward (the actress who originated the role) in 2011, and Sullivan simply lacked chemistry with costar Maurice Benard. To boot, when Sullivan would cross over to Connie, her Brooklyn accent was simply horrid.
Broadimage/REX

The Young and the Restless (Y&R) fans everywhere were heartbroken when beloved Billy Miller left the role of Billy Abbott in 2014. To help ease the recasting transition they brought in David Tom, the actor who played the coveted role as a teenager. While Tom is a solid actor, he just couldn’t nail the part Miller had helped to evolve. After only four months in the role, Y&R producers opted to give Tom the boot and turned to Burgess Jenkins to add a little flair to Billy Abbott.
Helga Esteb / Shutterstock.com

Billy Abbott, take two! Even Burgess Jenkins did not do so well as Billy Abbott. While Jenkins fared a little better than Tom as he lasted in the role from 2014 to 2016, he still didn’t provide the quality acting that Y&R fans were accustom to when it came to Billy Abbott. Jenkins lacked the charm and charisma when it came to Billy Abbott, and simply had zero onscreen chemistry with Victoria and Chelsea. So in 2016, fans said goodbye to Billy #3 and hello to Jason Thompson, Billy #4, who seems to be fairing quite well in the role, so far.
Helga Esteb / Shutterstock.com

Thanks to soap opera rapid age syndrome (SORAS), many DOOL littles have all of a sudden grown to be challenging teenagers, with third-generation drama of their own. As with some of the other teenagers that roam Salem, James Lastovic is a little wet behind the ears when it comes to soaps and it shows as he plays the youngest of the Johnson Clan, Joey. He continues to evolve with this incredible character who does have quite a bit of history on the show, perhaps the experience will reflect onscreen as well.
Helga Esteb / Shutterstock.com

Who didn’t love Tatyana Ali as the sweet, but feisty Ashley Banks on the television comedy, The Fresh Prince of Bel Air? Perhaps though, she should have stuck with comedy, as her stint on the Y&R just wasn’t quite as successful. Playing Roxanne (did they ever reveal what her last name was?), she was Devon Hamilton’s love interest and Ali received very little in terms of storylines or even air time on the show. Was this due to lack of creativity on the writers’ part or simply bad acting?
Picture Perfect/REX

Fen Baldwin has evolved from an awkward teenager into an awkward young adult. While Max Ehrich entered the role in 2012, his portrayal of Lauren and Michael’s sole son is weak at best. With two incredibly talented parents by his side, the character should be one that is multifaceted, yet Fen continues to be portrayed as one dimensional on the soap. To boot, the boy needs to get over Summer and dive into a new and different relationship.
Elizabeth Goodenough/Everett Collection

Speaking of Summer, Hunter King is another example of an offspring that comes from two incredible parents, yet lacks any substance. Even her younger costar Alyvia Lind (Faith, Summer’s younger sister) plays more of a convincing part than King. Despite being in her early twenties and having a more prominent role on the Y&R, the actress still plays Summer as a clueless teenager that is naive and lacks any smarts what-so-ever. It is definitely time for Summer to grow up — both onscreen and in the acting department.
Source: www.celebmafia.com

It could be said that Hayley Erin had some pretty big shoes to fill when she entered the role of Kiki Jerome, replacing Kristen Alderson in 2015. One might point out that she made this worst actors list because of the GH recast, as Alderson was able to nail the Jerome character and Erin still struggles with it. However, Hayley plays Kiki, much like she played Y&R’s Abby Newman (from 2008 to 2010) and that is, terribly.
Helga Esteb / Shutterstock.com

It’s important to note, that Olivia Rose Keegan is still quite young and at the age of 17 and is a rookie as it relates to daytime soaps. While she is stunningly beautiful and clearly a talented singer when it comes to soap operas, she isn’t the belle of the ball, so to speak. Stepping into the role of Claire Brady on DOOL in 2015, she may have just been hired solely on the crazy resemblance she has to her character’s mother, Belle Brady (played by Martha Madison), as she’s not exactly up to pare when it comes to her acting abilities.
Picture Perfect / Rex Features