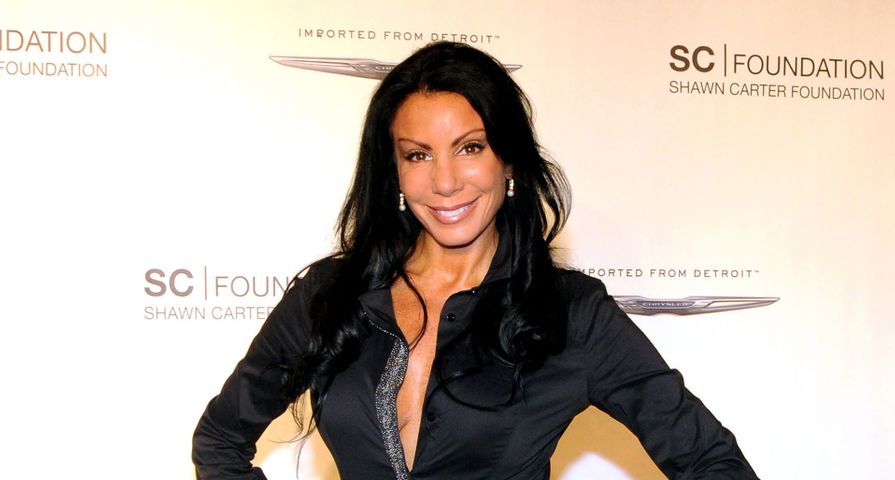 Bravo’s Real Housewives series takes groups of confident, successful, overly opinionated women together to film for a reality show that feeds on drama. The series has shows spanning numerous cities across America and takes women from all kinds of backgrounds, new wealth, old wealth and sometimes even no wealth, so it comes as no surprise that the show has cast some pretty controversial women. Many of these housewives have come and gone (which in some cases is for the best) while others are still on the show. Here’s a list of the 6 most controversial women to appear on the Real Housewives franchise:

Tamra Judge is a veteran housewife, she’s been appearing on the Real Housewives of Orange County for 7 seasons! During her time on the show shes aired some pretty personal battles — from her divorce, to a custody battle, and even a new husband — it’s been a stressful time for Tamra. She’s never been shy about voicing her opinions and she prides herself on being a straight shooter, but her nonchalant attitude can get her into trouble sometimes. She’s been embroiled in a very public and nasty custody battle with her ex-husband Simon Barney. The wildest part of it all has been defending herself against child abuse accusations, especially since her eldest daughter, Sidney has requested to be under the permanent custody of her father. In addition to all of this, the mother of three came under heavy fire when she chose to film an intimate moment with her current husband, but at the time he was her boyfriend, Eddie Judge while she was still legally married to her ex-husband.

Michaele Schon appeared on the Real Housewives of D.C., but it was cancelled after one season because Schon and her now ex-husband, Tareq Salahi received national attention for allegedly crashing a a White House state dinner back in 2009 in honor of India’s Prime Minister while filming for the show. The couple attended the dinner as uninvited guests and were shockingly able to pass through not one, but two security checkpoints and enter into the White House, greet President Obama and even pose for a few pictures! The incident ruffled a lot of feathers making the White House’s security look especially bad and caused a lot of controversy for not only the couple, but the network as well. Schon and Salahi had to undergo an investigation and legal inquiries.

Real Housewives of Beverly Hills star Brandi Glanville is the queen of controversy mainly because of her drunken antics and outlandish comments. There is no denying she’s entertaining to watch, but she no longer appears as a regular cast member since she was forced to resign after alienating herself for the final time last season. She is outspoken in the press about personal issues with her ex-husband Eddie Cibrain and his new wife LeAnn Rimes. She has managed to offend each and every cast member that she has appeared alongside: made a racist comment against Joyce Giraud, threw a glass of wine in Eileen Davidson’s face, slapped Lisa Vanderpump in the face, called Yolanda Foster’s daughter an alcoholic, and last season put herself in the middle of family matters between Kim Richards and Kyle Richards. She’s also come under fire for making numerous offensive comments on and off the air. For example during her podcast in 2014 she offended a lot of people when she said she ‘wanted to be molested as a child.’ It’s one thing after another with this woman!

9 Things You Didn't Know About The Real Housewives of Dallas

Real Housewives of Atlanta star Porsha Williams was booked and charged with a misdemeanor charge of battery in 2014 after she and co-star Kenya Moore got caught up in a serious brawl while filming the show’s reunion episode. The two were in the middle of an argument when Porsha grabbed Kenya by the hair and pulled her to the ground. The whole thing was caught on film and even went to air! Porsha was released after she paid a $2,000 bond and posed for a glamorous mug shot. This isn’t the first time she’s been caught in a heated argument that has escalated quickly, and she has a bad reputation for being violent.

Teresa Giudice is more famous for her public legal battles alongside her husband, Joe Giudice than she is for being a reality star during her 6 years of filming the Real Housewives of New Jersey. Teresa is the definition of a hot-head and she’s well known for picking fights among the other cast members, mainly because of her attitude. Her most infamous argument took place in season 1 with former co-star Danielle Staub. She ended up flipping a table and screaming in the middle of a private dinner which is still talked about to this day. But more notably, Teresa just finished serving 11 months of a 15-month sentence in a federal prison for charges of fraud. Her husband will be going to jail in March 2016 to serve a 41-month sentence under fraud charges as well.

Cast Of Real Housewives of Vancouver: Where Are They Now?

Before Danielle Staub even appeared on The Real Housewives of New Jersey she had a haunted past. She was formerly known as Beverly Ann Merrill, but changed her name after she was arrested. She is a former stripper with a serious criminal past. All of the details about her past came out when one of her co-stars found a book published called Cop Without a Badge by Kevin Maher, a former undercover FBI informant and one of Staub’s ex-husbands. The book revealed that Maher met Staub in Miami in the 80s when she was released on bail following charges involving an alleged kidnapping of a man who owed drug money. She was charged with extortion, kidnapping and possession after failing to collect ransom money from the victim’s father. Maher helped Staub bring her charges down to a single extortion charge and she was sentenced to 5 years probation for cooperating with the authorities. She continues to deny almost all of the allegations.