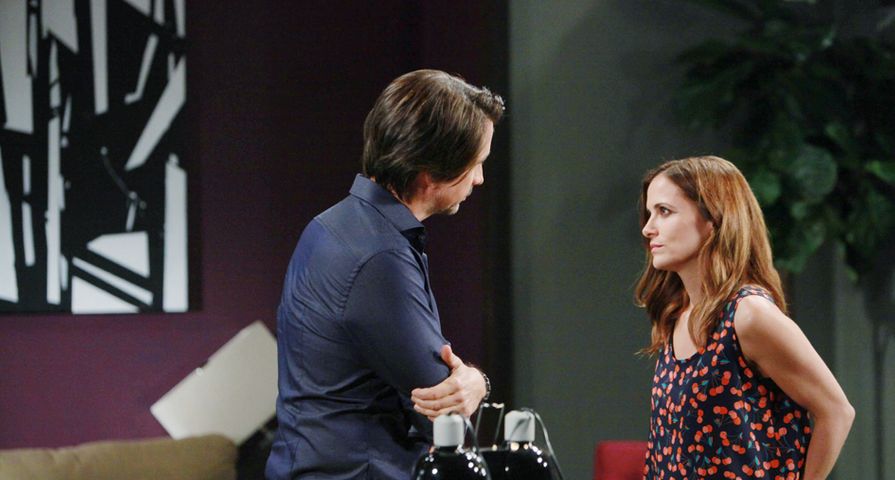 As General Hospital (GH) and its fans are still reeling from the death of Sabrina Santiago, the town mourns and continues to fall apart. Will Julian get a ‘guilty’ verdict? Will Claudette continue her manipulative ways…or will Maxie stop her? Will Paul add another victim to his killing spree? Learn about these burning question and more in the GH spoilers for the week of September 19th.

Sonny takes the stand after Alexis’ breakdown episode to see if he can salvage anything from this trial. As you can guess, in the end Julian gets a ‘not guilty’ verdict handed to him this week and Sonny is displeased with the turn of events. He decides to take justice into his own hands since the ‘system’ has failed. Carly and Jason plead with him to refrain from violence, but this may not be enough for Sonny to change his mind.

A grief-stricken Michael lashes out on Carly this week and spoilers indicate this may not be the only person he has a confrontation with. Michael has his sights set on gaining custody of Teddy, and Carly isn’t happy about this. One more person who may have a problem with it is the boy’s Uncle Joe, as Rivera and Michael have a spat about Teddy’s guardianship. Nelle is there for Michael and lends him some support. On a beautiful note, Michael’s parents hand over a nice donation to GH in honor of Sabrina.

Speaking of the Corinthos family, Carly and Sonny stress over Morgan this week, who seems to be struggling again. Half-brother Dante also sees this in Morgan. While Morgan does visit Andre, as the days progress he will end up in trouble – and this all stems from the fact that Ava has switched his meds. Ava seems to be on a roll this week when it comes to chaos. First she gets her brother off the hook (thanks to her scheming) and now she’s able to make Morgan look bad.

3. Nathan In For Some Surprises

Poor Nathan gets a few shockers this week, with the first one coming from Nina and the second one will come from Claudette, of course. Griffin will be pushing Claudette to come clean to both Nathan and Maxie. Maxie’s intuition tells her that Claudette is up to something and she gets Spinelli to look into things. Will it even matter? Claudette will eventually drop her bomb on Nathan and it is one of those ‘life-changing’ truths that will rock his world.

We all know who the GH killer is … but our friends in Port Charles are still struggling with this. Tracy, upset about Sabrina’s death and the entire serial killer fiasco, lets Paul have it over the police’s inability to crack this case. She is later in a compromising situation…will Tracy be Paul’s next victim? Curtis catches on to something related to the case and Valerie may not like the fact that Curtis is a supporter of Hayden and plays a part-time police officer. As a result things will heat up between these two.

Paul tries to bond with Dillon this week and fails miserably, but the talk gives the GH audience insight as to his motives behind the GH murders. Hayden is released from the feds and has a little celebration with Finn, still he finds something from his past that puts a damper on the idea that he could beat his current health condition. Speaking of Hayden, mom Naomi and her have a nice conversation where she reveals more information about Hayden’s dad. Keeping it all in the family, Liz gets support from Franco as she recovers. It also seems that Franco and Jason will bury the hatchet for now. These two are certainly not friends, but have come to a mutual understanding that Franco is a part of Elizabeth’s (and Jake’s) life.