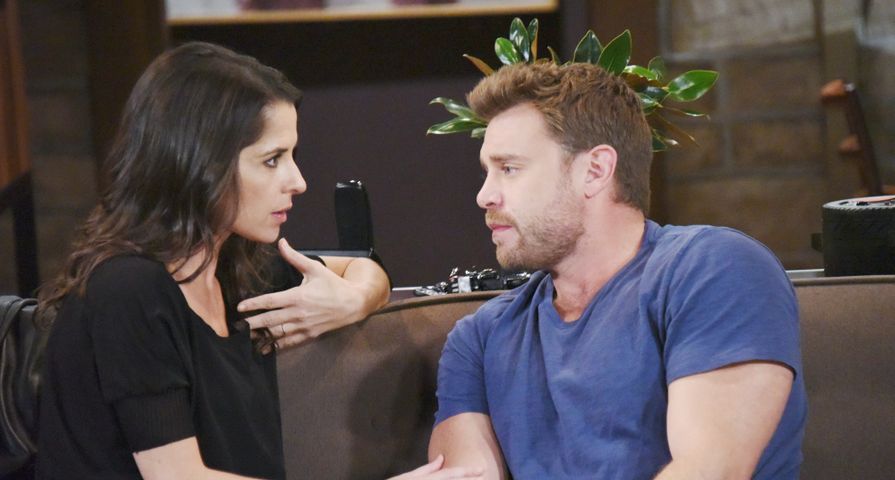 It’s the week before Halloween and Port Charles is a scarier place than ever with drama unfolding at every corner! Sonny and Jason don’t see eye-to-eye, while Sam and Liz have concerns. Ava launches an investigation, and Nelle provokes Carly. Learn about these storylines and more in the General Hospital (GH) spoilers for the week of October 23rd.

BFFs Jason and Sonny don’t see eye-to-eye over what happened at the footbridge. Sonny finds out he was under surveillance, but Jason’s family were monitored as well. This leads Jason to believe that there is a threat around the corner and the target is not Sonny. Since Jason is embarking on a start fresh, he’s a bit taken aback by this new development.

As such, Sam is concerned about the party on the horizon and Carly tries to calm her down by telling her things will be okay. GH spoilers indicate the party will have some trouble brewing, so Sam’s worry is certainly warranted and a foreshadow of what might be coming. Will she get kidnapped, or will someone else, or will something else happen? Only time will tell.

Ava initiates an investigation. GH spoilers don’t offer anymore insight, but it most likely involves Patient Six. She’ll dig for information, but nothing of substance will come up this week. Meanwhile this week will also mark a year without Morgan, as Kiki remembers him and how he passed on. This will bring up mixed emotions for Kiki. While she loves her mom, it will be hard to push aside her memories of Morgan. Scott will end up having some words with Kiki, scolding her for keeping Ava at a distance.

Nelle seems a little too confident this week, but should she be? Michael did say he would let go of the Zack drama, but GH spoilers indicate this story will take another turn. Curtis will approach Michael with some information this week regarding Nelle. Things will worsen when Nelle provokes Carly, which then turns into a fight with Michael.

What else is new? In all seriousness, Liz is worried when Jake continues to state that the man at the park had his dad’s old face. Liz ponders about what Jake is saying and Griffin sees how upset she is over the entire thing. He does have a talk with her and provides some insight to help her deal with the issue.

Cassandra makes a manipulative move. Meanwhile, Monica extends a family heirloom to someone. Who could it be? Here’s hoping she passes the item on to Olivia in an effort to extend an olive branch. Lastly, Maxie makes a proposition to someone and Franco’s drawings start to look unsettling.