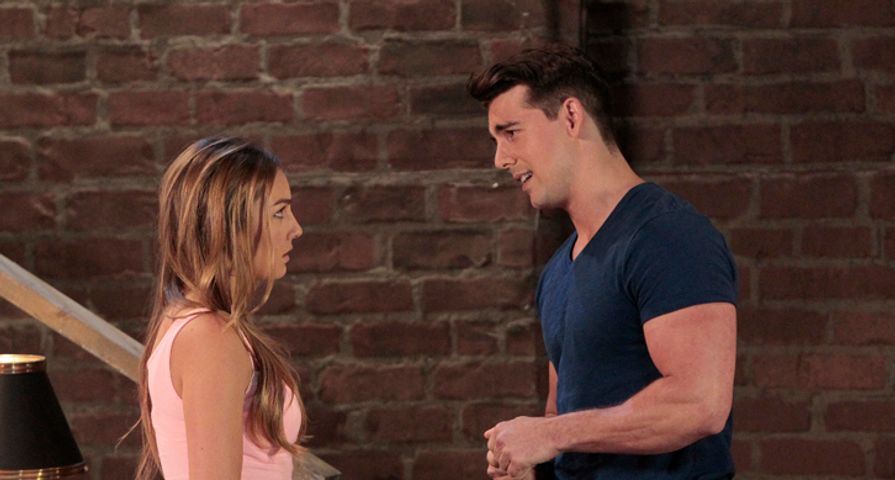 Mondays can seem unbearable, unless you are a soap opera fan. We can all agree, the weekend was relaxing, but now it’s time to get up-to-date on what is going on in the land of Port Charles. Learn more about Jason, Sam, Julian, Alexis, Ava, and Nikolas in the General Hospital (GH) spoilers for the week of June 20th.

Sonny sits there in shock this week as Alexis gets hauled off to jail by Nathan. While at the Port Charles police department, Anna works on Alexis, to turn her back on Julian. Speaking of, Julian seems pretty secure now that he’s locked in a deal with Nina to become Crimson’s nude cover boy in exchange for an alibi. He’s confronted by Olivia about Nina and Alexis, at the magazine’s offices. However, she’s not the only one to have a heated face-to-face with Jerome, as Sonny also has a heated chat with him, about Alexis’ jail time. Julian thinks there is a way to clear both Alexis and himself when it comes to Carlos’ murder, but Alexis wants nothing to do with it and gives Diane Miller a call for help instead. Anna, Sonny, and Jordan all work together to try and think of way to use Alexis against Julian – but things may not unfold the way they hope.

Nina can’t seem to shake Franco from her mind. She also asks her ex to pose nude, and then dreams about him later on in the week. She also tries to get him to sleep with her. Franco won’t have any of it, and runs to Liz to tell her all about what has happened. He visits Elizabeth in her new home and tells her about Nina, then the two share a kiss. He even ignores a text from Nina, to focus on Elizabeth and their conversation.

4. Finn Gets Some Unexpected Support

As his health worsens, Hamilton Finn receives some support from Hayden. While Finn does not want her assistance, she won’t leave his side and it seems this may be the start of a friendship that could turn into something a little more. The doctor heads to the Quartermaine’s this week and has a conversation with Tracey who wants his suspension ended. Could these two former enemies and now new allies to Finn work together to help him?

Morgan interrupts Kiki and Dillon’s first date. Apparently he has some important news that can change a lot between them and between her and Dillon. Could it be the fact that her mom Ava, broke up her and Morgan in the first place?

2. JaSam Continue On Their Trail

GH audiences get treated to some intrigue in London, with Huxley Lynch and his assistant Margarethe. As JaSam continue their investigation, they will learn that the women with Nikolas is actually Ava. Huxley will coincidentally be staying in the very same hotel.