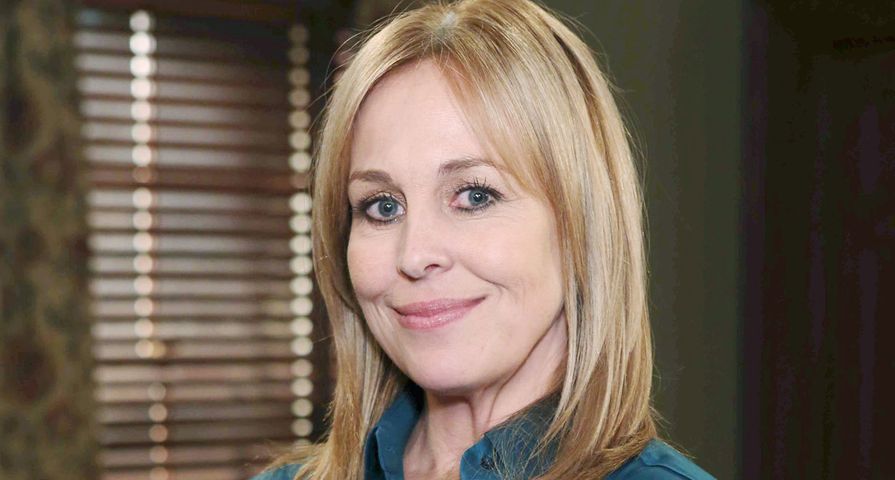 Debuting on daytime television in the spring of 1963, General Hospital (GH) has been entertaining soap opera fans for well over 50 years now. During this half century, audiences have seen many interesting characters in the land of Port Charles come and go. Then there are those larger-than-life personas on the soap opera, who have stood the test of time, endured countless storylines and who continue to keep fans tuned in daily. Today, Fame10 honors the five longest-running GH roles.

Entitled, spoiled, rich, snobby and absolutely obsessed with the ELQ empire are just a few words that can describe Tracy Quartermaine. She’s also fierce, strong, smart, as well as an incredible business woman. Part of the infamous Quartermaine clan, and the daughter of Edward and Lily, Tracy entered the world of Port Charles in 1978 and turned the entire town upside down. While at one point she was considered a villain, Tracy has evolved tremendously over the years, and now holds a very soft sport in the hearts of GH fans everywhere. Interestingly enough, Jane Elliot, the actress who originated the role, has stood the test of time by playing the Quartermaine on-and-off from 1978 to the present time with Christine Jones only taking over the role in 1989 (briefly) to cover Elliott’s maternity leave.

It was absolutely wonderful to see Bobbie Spencer grace the screens of GH recently for the 2016 Nurse’s Ball. While her storyline started out fantastic, then went through a rough patch. Thankfully it seems like son Lucas will be okay. Regardless, long-time GH fans rejoiced in the revival of Bobbie, even if it meant enjoying her on the small screen for just a short amount of time. Played by the talented Jacklyn Zeman, Bobby first debuted in in 1977 and became a staple of the show. Along with brother Luke, the two often dominated major plots within the show and took part in some really interesting storylines. Who could forget Bobbie’s tearful goodbye to adoptive daughter BJ in 1994, when an accident left the child brain dead? Not to mention her epic feud with Lucy Coe, and her crazy romance with Scott Baldwin. While she isn’t seen in Port Charles much lately, Bobbie remains an iconic soap opera character, and still much-loved by GH fans everywhere.

Tracy Quartermaine has already been mentioned on this list, but what about her sister-in-law Monica? Debuting in 1976, the role of Monica Quartermaine has actually been played by two different actresses. While most fans are familiar with Leslie Charleson in the role, Patsy Rahn played the part briefly as well when Monica first strolled into town in 1976 to 1977. Over the years, GH fans have enjoyed watching Monica in some pretty incredible storylines, including a racy affair with her nephew Ned, a crazy feud with Tracy and a tremendous love story with deceased husband, Alan.

As one half of the super couple ‘Luke & Laura’ that changed the way romance was viewed on soap operas, Laura Spencer is certainly one of the most popular. She’s become a legendary female soap opera characters in American daytime history. The interesting thing about Laura is the fact that most everyone associates the character with Genie Francis. The vision of her in white on Laura’s wedding day to Luke seems to pop into everyone’s mind when they think of the character. Oddly enough, the Laura Spencer character was originally played by Stacey Baldwin when the part debuted in 1974. Laura was written out of GH storylines in 1976 and then she re-emerged in 1977 as a rebellious teen, played by the talented Francis. The rest is daytime drama history!

It’s a little hard to believe, but many GH viewers have watched Scotty Baldwin turn into Scott Baldwin. He debuted in the role as a child in 1965, growing into a teenager, then a man who became a husband, father, and of course, unethical lawyer. While many have played the role over the years, most fans associate the character with the actor who entered the role in 1977: Kin Shriner. The interesting thing about Baldwin is that he really has flip flopped over the years, from slimy zero, to incredible hero and back again. Despite the fact that he can be sneaky, manipulative, and not a nice guy at times, his charm, whit, humor, and longevity on the show continues to keep GH fans wanting oh-so-much more of Scott Baldwin.