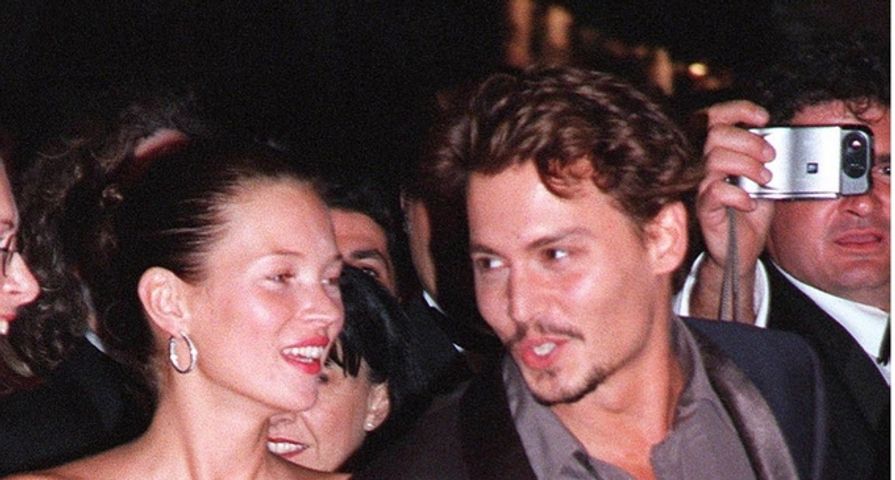 In Hollywood, relationships are constantly beginning and ending, so it is really hard to keep track of who dated who. In the ‘80s and the ‘90s, there were so many great couples and many of them didn’t work out, so they have mostly faded from our memories. We have collected some of the most interesting relationships from the ‘80s and ‘90s and some of them might really surprise you!

Mick Jagger began dating Jerry Hall in 1977 and the couple married in 1990; however, the marriage wasn’t legal. The couple ended their relationship in 1999. The reason for the demise of the relationship? Hall was able to get Jagger to quit heroin, but she couldn’t convince him to be monogamous.

Matt Dillon and Cameron Diaz began dating in 1995 and the two broke up in 1998 after filming wrapped for “There’s Something About Mary.” Dillon has hinted that the relationship ended because Diaz wasn’t ready to settle down and start a family. Rumor has it that Dillon wanted Diaz back years later.

In 1990, Vanilla Ice and Madonna dated for about eight months. According to Vanilla Ice, he broke up with her over her book “Sex.” Vanilla Ice actually appears in the book in a sexually suggestive position with a naked Madonna. It doesn’t sound like he has too many regrets about the hook up though. “She was older than me and a great lover,” he dished. “She’s still the oldest person I’ve ever been with, so it was an experience.”

Owen Wilson and Sheryl Crow dated in 1999 and Wilson was the cause for the split. “The story of our relationship is the same story I’ve had with most of my relationships. I was lucky enough to find a great girl, and because of my lack of… focus, the relationship went south,” Owen told Playboy.

Edward Norton and Drew Barrymore met on the set of “Everyone Says I love You” in 1996; however, sources say that the two dated for about five months in 1999. Barrymore even accompanied Norton to the Academy Awards in 1999 when he was nominated for his role in “American History X.”

Sean Penn and Madonna were married in 1985 and divorced in 1989. The marriage was quite tempestuous and Penn was charged with felony domestic assault; however, he pleaded to a misdemeanour. It seems that Penn and Madonna have put the past behind them. The two were spotted hugging at her “Secretprojectrevolution” film screening party.

Don Johnson and Melanie Griffith enjoyed an on-again and off-again relationship for years. They married in 1976; however, it only lasted for six months. In 1989, they remarried and separated in 1994 only to reconcile months later. In 1995, Johnson and Griffith separated for good and divorced in 1996. Griffith quickly married Antonio Banderas once they were divorced from their respective spouses.

Back in 1991, David Arquette and Alyssa Milano dated. They even attended the Hollywood premiere of “Bill and Ted’s Bogus Adventure” together. The relationship was definitely more of a fling and Milano was only 19 years old at the time while Arquette was 20.

After starring in “A Time to Kill” together, Matthew McConaughey and Sandra Bullock began dating; however, the two claim that they were always just friends.  “We both have a lot of strong feelings for each other, but it’s not the right time right now,” Matthew said in 2001. “It wasn’t the right time before. I do love her, and will always love her. Absolutely.” Sounds slightly ambiguous…

Ben Affleck and Gwyneth Paltrow enjoyed an on-again and off-again relationship from 1997 to 2000, around the time they were filming the movie, “Bounce” together. Rumor has it that Paltrow was hooking up with her co-star Viggo Mortenson from “A Perfect Murder,” but this rumor was never verified and Paltrow sees the demise of their relationship as the result of their different values.

Back when Ben Affleck and Gwyneth Paltrow were dating, Paltrow set her best friend Winona Ryder up with Affleck’s best friend Matt Damon. Damon had been dating Minnie Driver at the time and she learned about their break up when Damon was on Oprah discussing his new relationship with Ryder. Damon and Ryder dated from 1997 to 2000.

After Julia Roberts made a guest appearance in “Friends” 1996, she began dating Matthew Perry. The two dated for a few months and, after the relationship ended, Perry developed a problem with alcohol and drugs.

Michael Jackson and Lisa Marie Presley were together from 1994 to 1996. Twenty days before their wedding, Presley had divorced actor Danny Keough. During their relationship, Jackson was the subject of child abuse accusations and there were rumors that Presley felt that Jackson was using her to rehabilitate his image.

Johnny Depp and Winona Ryder met in 1989 while filming “Edward Scissorhands.” In 1990, the couple moved in together and became engaged, and Depp had “Winona Forever” tattooed on his arm. The couple broke up in 1993 and Depp changed the tattoo on his arm to “Wino Forever.”

After Johnny Depp and Winona Ryder broke up, he dated Kate Moss. The two began dating in 1994 after meeting at the Manhattan bistro Café Tabac. The relationship was rumored to be quite tempestuous and the pair split in 1998. In 2007, Depp spoke fondly of Moss, but admitted that they were not good together.

In 1996, Seal and Tyra Banks dated for about three months. Apparently the relationship wasn’t serious and they made one appearance as a couple at the Essence Awards. Seal and Banks kept their relationship under the radar, so not much else is known about this hook up.

Back in 1996, Edward Norton and Courtney loved dated. The two would go on hikes together and she quit smoking and doing drugs. When Norton and Love went hiking in Scotland, they were halfway up a mountain when Love ditched him. “We were fighting and I thought ‘You know what? F*#k it.’ And I went to see Oasis.” Norton later proposed to Love, but the relationship ended in 1999.

Luke Wilson and Drew Barrymore met on the set of “Best Man” in 1997 and worked together again in 1998 on “Home Fries.” The couple dated from 1997 until 1999 and Barrymore sounded pretty smitten. “From the moment I saw him, I realized he was the most incredible person I’d ever been so fortunate to meet,” she said in an interview with People magazine in 1998.

Ashton Kutcher and January Jones dated from 1998 to 2001 and, in 2009, Jones expressed to GQ that Kutcher was not a supportive boyfriend. “He was not supportive of my acting. He was like, ‘I don’t think you’re going to be good at this.’” Hopefully he’s nicer to Mila!

Brad Pitt and Gwyneth Paltrow dated from 1995 to 1997 and they were engaged. This golden couple seemed to good to be true and apparently they were. In 2003, Paltrow accepted responsibility for the demise of the relationship. “My kind of internal stuff really tripped up that whole relationship,” the actress told Diane Sawyer. And I felt really responsible, and also like I was the architect of my own misery…I just made a big mess out of it.” Rumor has it that Paltrow cheated on Pitt hence the break up.