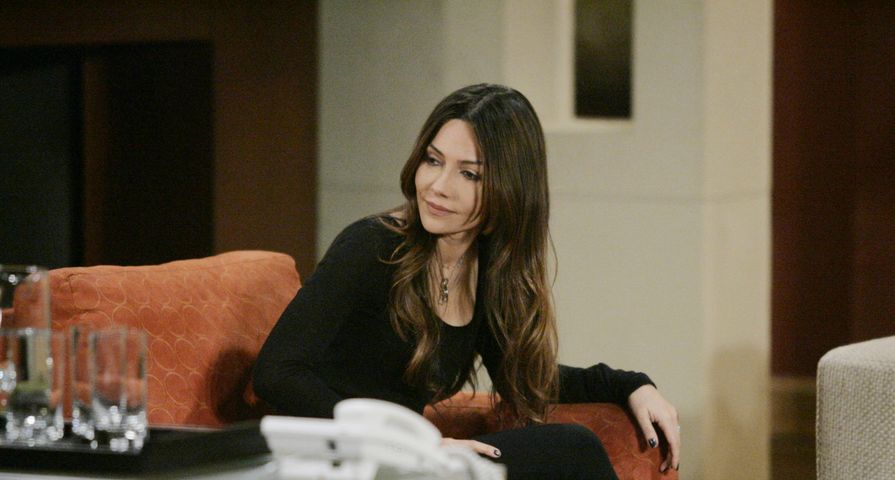 Soap opera fans are very invested in the characters on their favorite shows. After all, they tune into these daytime dramas regularly and fall in love with the larger-than-life personalities on soaps. This is why it can be hard when a character leaves. However, as devastating as an exit can be, a character comeback can create a huge buzz on a show. Below are 15 soap opera characters fans are desperate to see make a comeback.

Long-time fans of the Young and the Restless (Y&R) remember the very day little Ronan first burst into the spotlight in 1986. He was Nina Webster’s baby boy that wound up being stolen and sold on the black market. Years later in 2010, Ronan would return to Genoa City as a young and good-looking cop that had tremendous sex appeal. Ronan had his fair share of relationships, wooing Chloe Mitchell, Heather Stevens, and Phyllis Summers. Alas, Malloy has not been seen on the show since 2012 and there are many viewers who would love to see him have his comeback.

5 Soap Opera Couples We Were Happy To See Break Up

Serena Baldwin has a tremendous number of roots in Port Charles and a comeback for Scott Baldwin’s daughter seems appropriate at this point in time. With brother Franco struggling right now, her dad could use the emotional support of his daughter. Not to mention the fact that she and surrogate mother Lucy Coe would have some epic scenes on General Hospital (GH).

Days of Our Lives’ (DOOL) Philip Kiriakis has his fair share of history in Salem. The son of Victor and Kate Roberts, he’s been linked to Belle Black, Chloe Lane, and Nicole Walker in the past. He also could easily return to Days and stir up a lot of drama. With Brady Black currently Victor’s right-hand man, Philip making a comeback could cause a lot of conflict within the Kiriakis mansion. There are many fans who would love to see this happen.

Who else misses Chance Chancellor? If you raised your hand out there in Internet land, you wouldn’t be the only one! Chance was one of the few real gentlemen in Genoa City, with a kind heart while also being easy on the eyes. With Chloe Mitchell gone from the picture, a Chance comeback could open up a door for a romance with him and Abby Newman; that girl needs a good-hearted man (who she’s not related to) to pop up in town and treat her right. She’s had too many duds in the past.

5 Soap Opera Couples Who Could Be Couples In Real Life

Emily passed away in 2007 and a comeback is slim to none as she was strangled to death in front of her friends and family at the Black and White ball, but does this stop GH fans from wishing her back on the show? Absolutely not! It most likely won’t happen; however, if Olivia Jerome can come back from the dead, maybe GH writers can figure out a way to bring back Emily!

Now this name is a blast from the past, but many long-time DOOL fans would love to see Melissa Horton return to the show. She hasn’t been a regular cast member since the 1990s, yet has made appearances here and there when a storyline needed her to be in Salem. With the Horton clan still very deeply rooted within DOOL storylines, Melissa making a comeback seems appropriate. Besides, Hope and Jennifer could both use another cousin to talk to about their relationship woes.

It’s been a while since we’ve seen or heard from Paul Williams’ daughter and a Heather Stevens comeback on the Y&R would be fantastic. She was smart, funny, incredibly beautiful, and would be a refreshing return to the show. While she’s currently hooked up with Daniel Romalotti, living somewhere in Georgia, a return to Genoa City would definitely stir things up for the little town.

While he’s not been gone from GH for that long, fans of the show still desperately miss Nikolas Cassadine. He was dark, mysterious, smart, and very handsome. The chemistry he had with each and every leading lady he hooked up with has been insane and this had a lot to do with Cassadine and his magnetic personality. Sadly, Tyler Christopher, the actor who plays Cassadine, is currently on DOOL, therefore a comeback probably won’t happen anytime soon. The only glimmer of hope is that the world of daytime drama is a revolving door, so once Christopher is done with his Days stint, there is always a chance he could return to GH.

Speaking of Days, fans recently saw the short-lived comeback of Billie Reid and loved every minute of it. But whatever happened to her daughter, Chelsea? With all that is going on with Ciara right now, she sure could use an older sister to help guide her along and she also could use a true friend. While her dad Bo has passed away, between the Reids and the Bradys that are currently in town, Chelsea has plenty of family that would welcome her back to Salem. She also has a fair amount of DOOL fans out there that would love to see her come back to the show.

Yes, Patty is mentally unstable, but things sure do get very exciting when she pops into Y&R storylines now and again. Plus, Williams’ scenes with brother Paul are simply riveting. The character is unique in the sense that she does bad things due to her mental health, but her true and vulnerable nature is something Y&R audiences find endearing. Someone is bound to get hurt or killed when Patty is Genoa City; however, she is also very entertaining to watch.

There are fans that would hate to see Brenda Barrett return to Port Charles and ruin the good relationship vibes that are going on between Carly and Sonny Corinthos right now. Then there is a slew of GH viewers who are on the edge of their seats waiting for Brenda to make a comeback. The ever-feisty character always makes everything that much more interesting on GH whenever she shows up.

Days has never felt the same since Bo Brady died in late 2015. He was a staple for so many years on the show and, two years later, DOOL fans are still having a hard time picturing Hope with anyone but Bo. A Bo Brady comeback doesn’t seem likely as he died from a brain tumor, but anything is possible in the land of soaps. Some DOOL fans hold onto the thought that Bo could return someday, but the writers of the show would need to get super creative!

Robert Scorpio does pop into Port Charles now and again when storylines need him in town, but many GH fans wish he would return for good. There’s something about Scorpio’s charming and humorous character that audiences are attracted to and keeps them wanting more. In fact, should Robert make a comeback, maybe GH writers can figure out a way to have his once-soulmate Holly Sutton return too. Now, that would make for a perfect romantic reunion.

5 Soap Opera Stars That Have Won The Most Emmys

Recasts and deaths have plagued the Adam Newman character in the past, and while he did blow up in a cabin explosion, it seems like nothing can keep this character away from Genoa City. He’s already returned from the dead once, so another return seems inevitable. Simply put, he’s a fan favorite and many Y&R viewers would love to see him come back to the show.

Ghost Jack loves to return to DOOL now and again to pay visits to his family and help them through whatever they are struggling with. The only problem with this is that when he does re-appear on Days as a ghost, DOOL fans are reminded of why they miss him so much on the show. Could Jack ever make a comeback? Seems unlikely, since he’s been dead for a while now and he’s been woven into storylines as a ghost a couple of times as of late; however, do fans want to see him return? The answer is a resounding yes!