Things You Might Not Know About ‘I Dream Of Jeannie’ 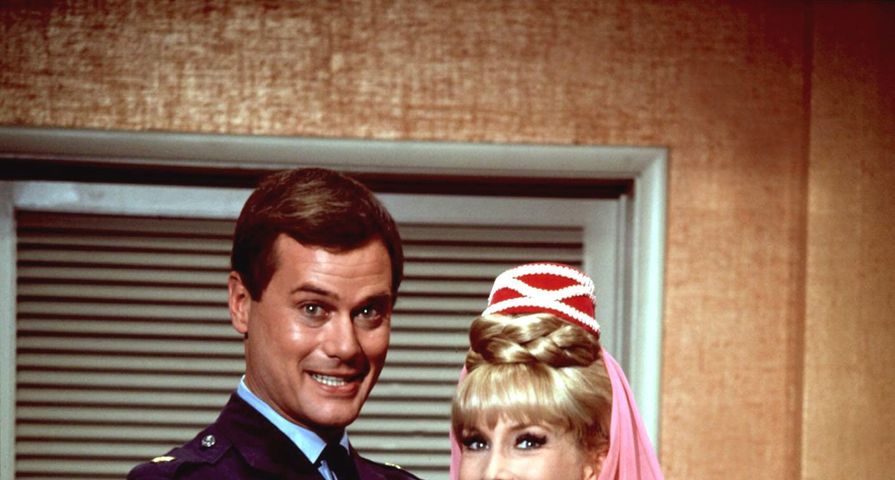 From 1965 to 1970, I Dream of Jeannie aired on NBC as the last sitcom produced in black and white. Running for five seasons, the series starred icon Barbara Eden as well as the likes of Larry Hagman, Bill Daily, and Hayden Rourke, and along the way amassed a huge and loyal fanbase. To this day, fans still tune into re-runs, and over the years have learned more and more about the series and what really happened on set. Take a look at 10 things you never knew about I Dream of Jeannie!

With how popular and talked about I Dream of Jeannie is even to this day, many fans don’t realize that it really wasn’t a huge hit for the five years it aired. In its five seasons, it only hit Nielsen’s Top 30 ratings twice, and didn’t find major success until it went into syndication and fans watched it on re-runs. 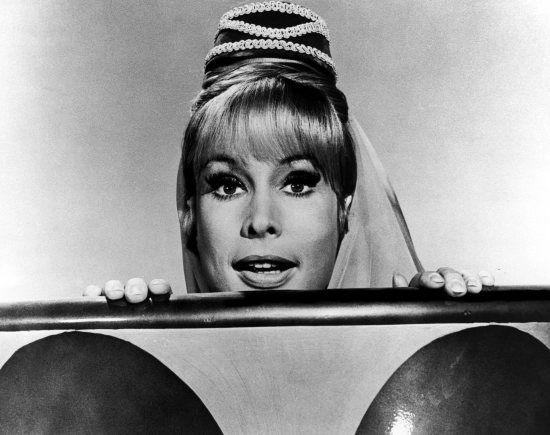 On-screen, no one would guess what was really going on with the man behind Captain Tony Nelson. Larry Hagman was both an alcoholic and an addict who drank heavily and also did drugs on set and has admitted that he was drunk in many of the episodes. He often terrorized the set which included an incident in which he urinated everywhere and at one point he came very close to being fired. Darren McGavin was in line to replace Hagman, and writers had gone so far as to complete a storyline in which Tony lost Jeannie and McGavin found her instead. Luckily studio executives fought for him, and he kept his job. 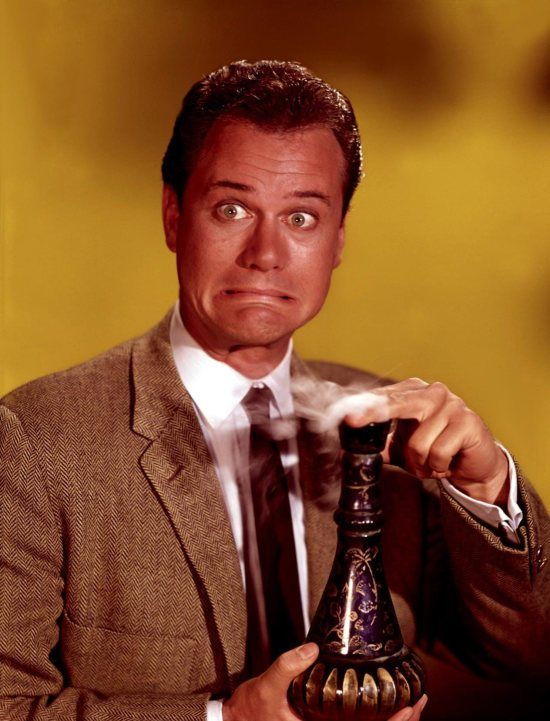 Despite some issues with Larry Hagman, it didn’t stop the cast and crew from having fun on set. In one of the first episodes that they filmed, the director needed clips of Barbara Eden shouting for help, so in order to achieve this he yelled “lunch!” for the crew who all left Eden inside her genie bottle. The director then used her genuine cries for help to get out for the episode. 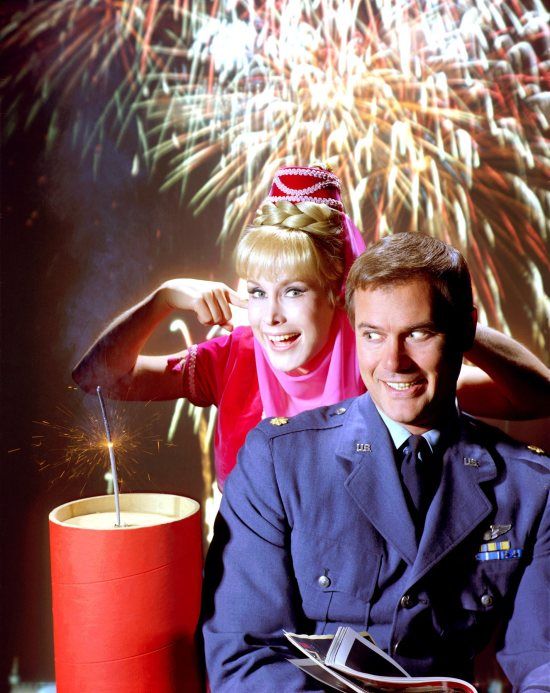 Just one year before NBC brought I Dream of Jeannie to the small screen, ABC launched the series Bewitched, and right away there was a rivalry between the two magical shows. At first Sidney Sheldon did not want a blonde to be Jeannie because he knew there would be comparisons to Bewitched‘s main character Samantha Stephens played by Elizabeth Montgomery. 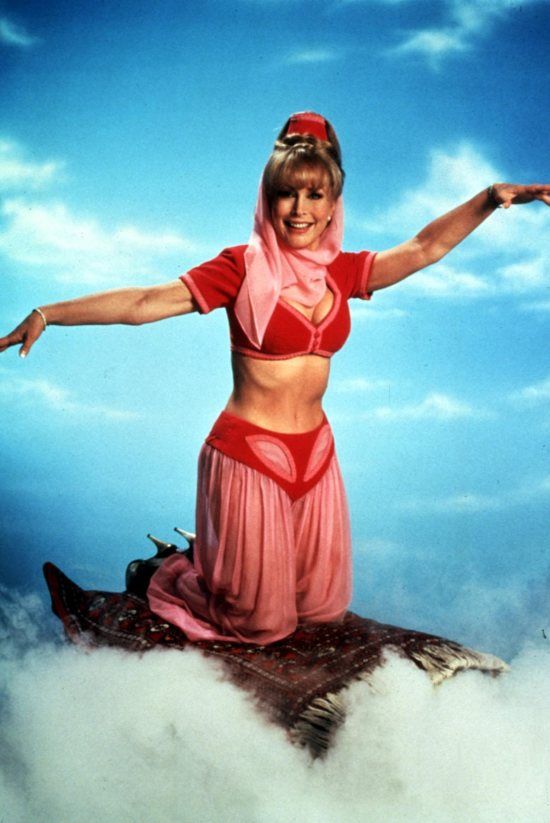 6. In Black and White

The very first season of I Dream of Jeannie was filmed in black and white, despite it being the time when many networks and series switched to color. In his autobiography “The Other Side of Me,” creator Sidney Sheldon revealed that NBC actually wanted the show filmed in black and white because they weren’t convinced it would last more than one season. Sheldon even offered to pay the extra $400 per episode to have the show shot in color, but he was told to not “throw” his money away. 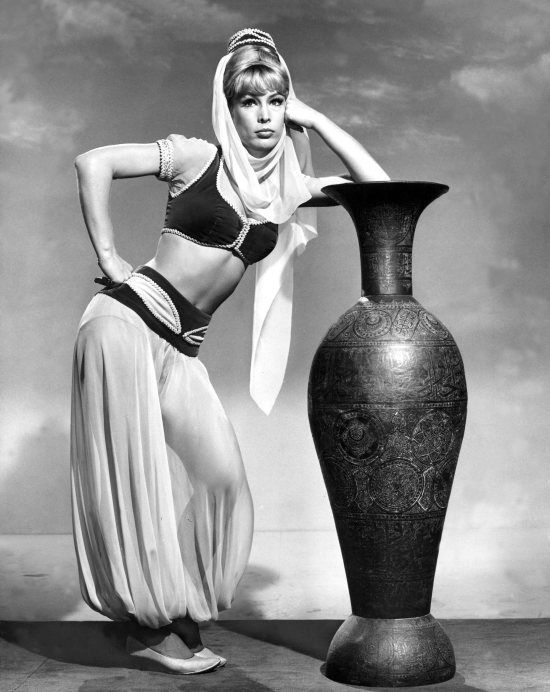 Due to how iconic the show is for many people, it is often surprising to be reminded that it only last for five seasons. While that is a respectable run, popular shows usually last longer and many fans, as well as the cast and crew, can point to why the show came to an end. It seems it all went downhill after the writers and producers made the decision for Tony and Jeannie to get married. In an interview years later on the Today show, Barbara Eden bluntly stated that “it ruined the show,” adding, “Because [Jeannie] wasn’t human…She thought she was, and [Tony] knew she wasn’t…I think it broke credibility.” 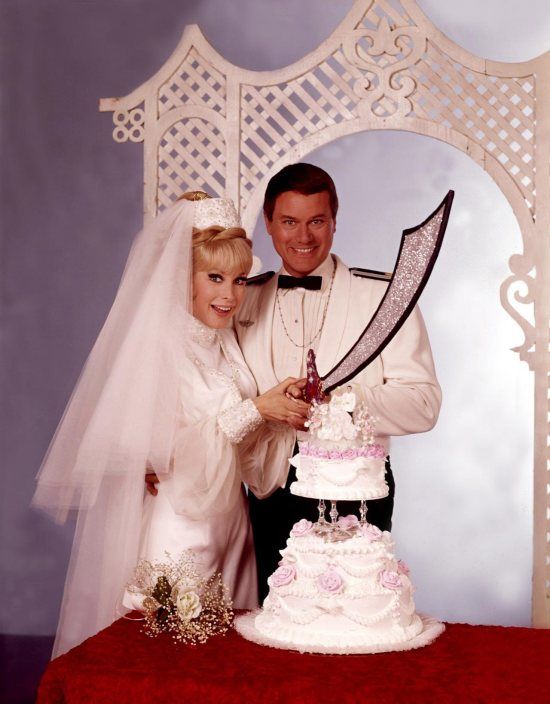 For some, I Dream of Jeannie made waves with Jeannie’s seductive and suggestive, midriff-baring outfit, but not so much of that is seen for the first season, and that is because Barbara Eden was pregnant. Eden became pregnant with her only son Matthew Ansara early on, so they opted to disguise it by filming lots of close-ups or covering her front with a veil. 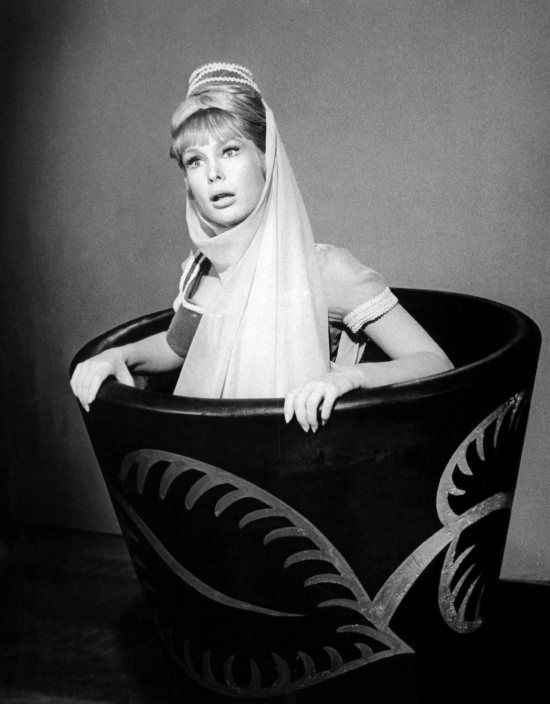 Barbara Eden’s entire look as Jeannie has become iconic and has been recreated time and time again, right down to her signature hair. Fans questioned for years if it was actually Eden’s hair, and some of it was! In order to ensure quick costume and look changes, the hair and makeup department used many wigs, hairpieces and hair falls. For the most part Eden’s bangs were pulled forward, but the rest of her hair was put into a French braid at the back of her head so that the three piece ponytail hairpiece could be pinned to it. Eden once revealed that it took three hours to get her hair and body makeup done for each episode. 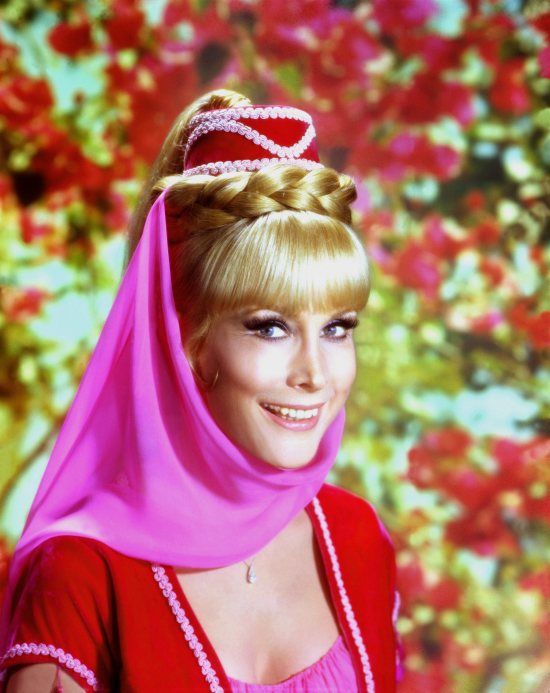 The iconic antique bottle out of which Jeannie came was actually an old Jim Bean liquor decanter! The bottle originally held “Beam’s Choice” Kentucky Straight Bourbon Whiskey but, for the purposes of the show, an art department employee decorated and painted the decanter to make the genie bottle. For the interior of Jeannie’s bottle, crews built a set on a sound stage, meaning Eden had to climb an eight foot ladder to get into it. 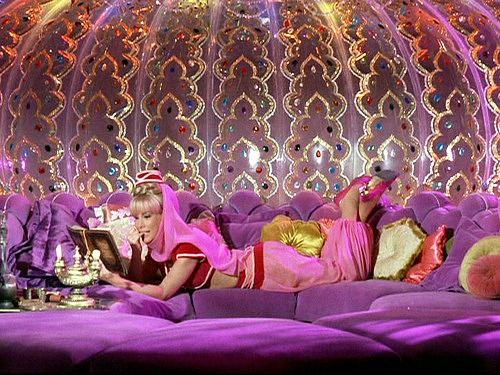 Now where it seems the policy is anything goes, it seems almost ridiculous that back when I Dream of Jeannie aired there was a lot of controversy about her midriff-baring look. As a result, Eden’s navel could never been shown, and there was a lot of criticism when her costume shifted and lowered her waistband so that her bellybutton was seen. Similarly, there could never be any scenes of Tony and Jeannie going into a room and closing the door behind them because of what it suggested. 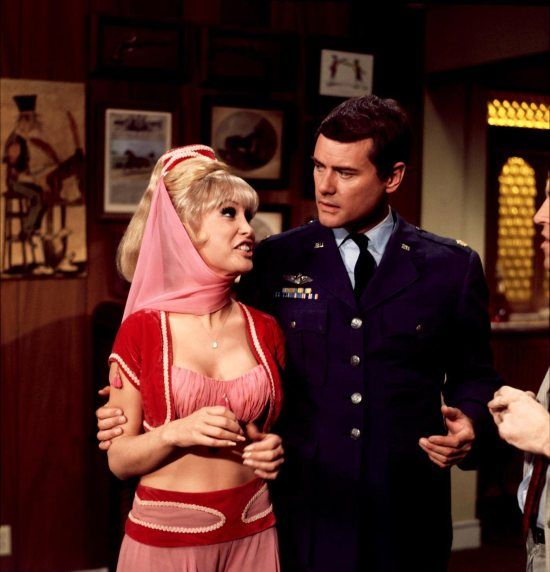