Home » Entertainment » TV » Little House On The Prairie: Behind The Scenes Secrets

Little House On The Prairie: Behind The Scenes Secrets 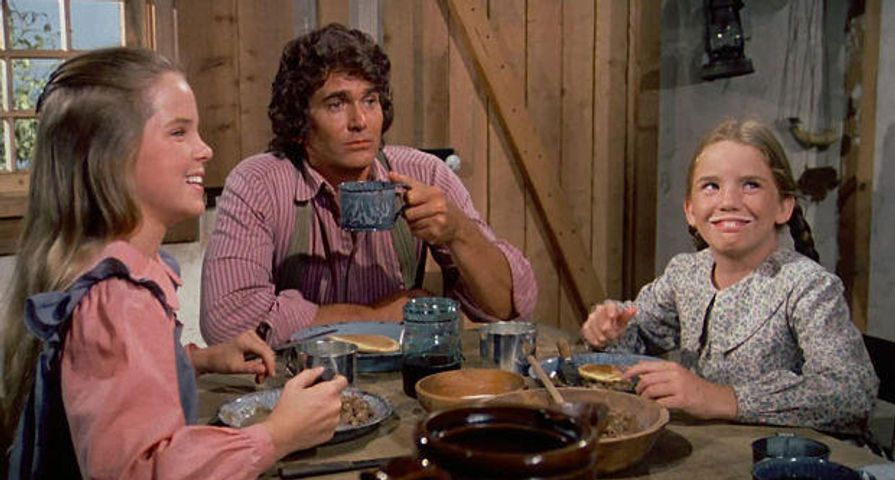 Back in the ’70s and ’80s, Michael Landon was one of TV’s biggest stars with his dazzling smile, good looks, and starring roles in hit series like Bonanza and Little House on the Prairie. Landon was not only the star of Little House, however, he was also the producer, writer and director, and it seems like he was also the source of a lot of behind the scenes drama. The show may have been for family entertainment and good morals, but there was a lot fans didn’t see! Check out 10 behind the scenes secrets from the show:

Little House stars Melissa Gilbert and Michael Landon became very close on set, so close in fact that she looked up to him as a father figure off-set as well. She quickly became close to his family, especially with his children Michael Jr. and Leslie, while her own mother became best friends with Landon’s wife, Lynn. Everything fell apart, however, after Gilbert noticed that Landon paid a lot of attention to the “makeup girl” on set, Cindy Clerico, who was 20 years younger than Landon. He eventually left his wife of 19 years for Clerico, and Gilbert refused to be friendly with him again because of his affair. Although she was professional with him for the remainder of the show, she stopped speaking to him when the show came to an end. In fact, the highly publicized breakup of Michael and Lynn and his hookup with Cindy caused Landon to lose many endorsement deals as the whole ordeal went against the family ideals that Little House on the Prairie purported.

For many fans, the season three episode “Bunny” has became a favorite and is regarded as one of the best of the series. In the episode, Nellie is thrown from her horse, Bunny, that she had won from Laura in an episode before, and ends up paralyzed. Laura soon discovers Nellie has been faking her paralysis for attention, so she takes Nellie to the top of a hill in her wheelchair and pushes her down. As it turns out, the cast on Nellie’s arm was real as the actress, Alison Arngrim, had broken her wrist in an off-set accident. When it came to getting real and terrified screams from Arngrim for the scene as she flew down the hill, the crew members had a plan. The chair was attached to safety ropes but, after the director started the scene and she was pushed, one of the crew members yelled, “Oh no, the rope broke!” Of course, it didn’t really, but it was extremely effective in getting authentic screams from the young actress.

One day, in between scenes, Alison Arngrim discovered one of the set’s biggest secrets: everyone was drinking. Morning, noon, and night, the cast and crew were downing alcohol, and it was discovered that Michael Landon was actually a chainsmoker and a heavy drinker. Along with the liquor, the crew usually went through on average about two cases of Coors per day, and on days where things weren’t going well and everyone was stressed, they called them “three case days.” In her memoir, Prairie Tale, Melissa Gilbert admitted she struggled with drugs and alcohol herself after finishing the show and wrote, “As a kid, I didn’t know Michael sipped vodka from his coffee mug…but I’m sure he’s one reason, why, as a young adult, I almost always picked men who smelled like alcohol.”

The cast and crew knew that Michael Landon was somewhat vain, which he showed through his insistence on wearing four inch platforms on his boots as he was insecure about his height. He also insisted that any injuries that happened to him in the show occur on his torso so that he could show off his muscular body. He was also insecure about his hair which went prematurely grey when he was still in his 20s, causing him to use Clairol hair dye to touch it up. Unfortunately, the scorching sun in the Simi Valley where they filmed Little House had a strange effect on the dye and would turn his hair a shade of light purple. After some convincing, Landon agreed to have a professional colorist take care of his hair from then on.

At only 11 years old, Shannen Doherty, who went on to Beverly Hills, 90210 and Charmed fame, was cast as Jenny Wilder on Little House on the Prairie. At the time she latched on to the show’s star, Melissa Gilbert, and followed her around everywhere trying to be like her. Five years after the series ended, Gilbert married Bo Brinkman after only eight weeks of dating, but it didn’t take long before their marriage was in trouble and Bo admitted he had cheated on Gilbert with none other than Shannen Doherty who was at the time under the age of 20. According to Gilbert, Doherty intentionally sought Brinkman out to prove she could have him too and Gilbert says that, when she confronted Doherty about the one-night stand with her husband, Doherty replied, “Well, you know I always wanted to be you.”

Although Melissa Gilbert was a sure pick for the role of Laura Ingalls as a child, things became complicated as she got older and became involved in romantic storylines. On-screen, Gilbert was married to Almanzo Wilder, portrayed by Dean Butler who was five years older than her, and known somewhat as a “prude” because she really struggled with romance scenes. After a scene in which Gilbert and Butler had to cuddle in bed after their on-screen marriage, Gilbert was so uncomfortable she went Landon and pleaded that any romance between herself and Butler be reduced to hugs or short kisses on the cheek. The lack of chemistry between the two stars caused concern on set and a memo was sent out seeing if there could be any “sparks” created between the two. The memo explained that in comparison Nellie and Percival, portrayed by Arngrim and Steve Tracy, had so much chemistry it “looked like they f–ked like crazed weasels.” Ironically, and what was not known by production, was that Tracy was actually gay, and he and Arngrim were just great friends and he felt comfortable with her. The pair would tease Gilbert for being a prude by swapping passionate, lengthy and over-the-top kisses just to bug her.

Karen Grassle was without a doubt the perfect choice to portray Caroline “Ma” Ingalls, but there was just one little thing that had to be taken care of before she was given the role. It seems that at the time, she was working under the stage name Gabriel Tree, but Michael Landon said it sounded too strange and “hippy-like” for their show, so he asked her to change her name back to Karen Grassle before giving her the part and she agreed.

Little House on the Prairie along with shows such as The Waltons were in direct contrast to “shock dramas” at the time like Sanford and Son, All in the Family and Starsky and Hutch, and were supposed to show strong family values and morals. Fans got quite upset by the liberties Michael Landon took with the storylines which were quite far from the Laura Ingalls’ books the show was based off. The one episode to get the most hate and be dubbed the show’s worst episode is “Sylvia” which involves a serial rapist who brings about the death of Albert’s girlfriend. Landon created the episode to go along with the Slasher genre of the time, and when confronted about how far he strayed from the books he responded, “Have you read the books? There’s a chapter in there about how to make an apple fritter! I can’t film that!”

After the series came to an end, many cast members opened up about tensions on set that fans didn’t know about. For instance, Melissa Sue Anderson (Mary) was said to be a “primadonna” and a “diva” and it should come as no surprise that Katherine MacGregor (Mrs. Oleson) really was as bossy in real life as she was on-screen. Unfortunately, that meant she tried to order everyone around, and since Michael Landon was the controlling front on set as the star, writer, director and producer, tensions definitely flared between the two. In her memoir Confessions of a Prairie Bitch, Alison Arngrim revealed that at one point Landon even seriously considered firing MacGregor, but she was just too good in her role to do that, so the pair continued to clash.

In the many years since Little House on the Prairie came to an end, there have been several rumors that a lot of the cast got very sick because of the set. It all stems back to the fact that Rocketdyne’s Santa Susana Field Laboratory was the site of a nuclear meltdown in 1959, and the area was reportedly used for the illegal disposal of nuclear waste until the ’80s. The rumors suggest that several cast members got cancer because of chemical and radioactive contamination in the area, including Michael Landon who died of pancreatic cancer, Victor French (Isaiah Edwards) who died of lung cancer, Merlin Olsen (Jonathan Garvey) who died of mesothelioma, and Kevin Hagen (Doc Baker) who died of esophageal cancer. Meanwhile Charlotte Stewart (Miss Beadle) is a breast cancer survivor, and Shannen Doherty (Jenny Wilder) also battled breast cancer. Although there has been no evidence linking the set site to the illnesses, the large number of cast members to get cancer is alarming.