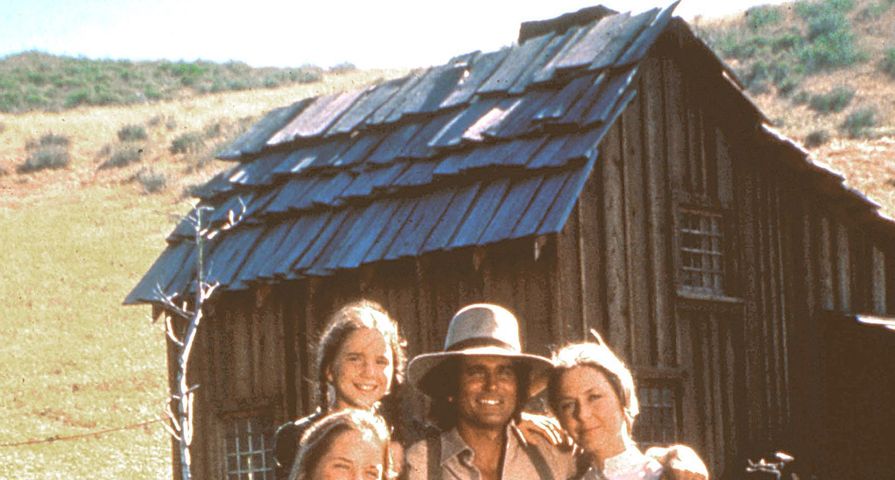 With cable TV and endless streaming services, there is no shortage of options of what to watch on TV, but sometimes it is always best to go back to the classics. One of the most classic TV series without a doubt is Little House on the Prairie which ran for an impressive nine seasons from September 1974 to May 1982. The show may have ended over 30 years ago, but its fanbase has not subsided in any way, and over the years, more and more has been spilled about what filming the show was actually like! Check out 10 things you didn’t know about Little House on the Prairie.

Little House on the Prairie featured quite a few child actors who had to take on a lot of heavy acting requests. Crying on demand for scenes is something even veteran actors struggle with, so star, director, writer and producer Michael Landon  had a “trick” to get the child actors to cry for a scene. Melissa Gilbert, who portrayed Laura Ingalls, revealed that Landon would get himself emotional and then with tears in his eyes would ask her, “Do you know how much I love you?” to which she would get teary and emotional as well and would be ready to film the scene.

Little House on the Prairie holds the distinction of being the only primetime non-reality series to stay in production during the actors’ strike in 1980 and writers’ strike in 1981. Michael Landon stepped up as a representative of NBC and negotiated deals with both the SAG and WGA which allowed the show to continue filming under a separate contract.

Alison Arngrim is well known for her excellent portrayal of “Nasty” Nellie Oleson, but that wasn’t her first or second choice of roles. Originally Arngrim auditioned for the role of Laura Ingalls, but lost out to Melissa Gilbert. She then auditioned for the role of Laura’s sister Mary, but that went to Melissa Sue Anderson. When it came to auditioning for Nellie, however, she was hired immediately because she was so convincingly mean.

Michael Landon was a beloved actor, and was the leader on the set of the show and, as it turns out, he definitely made sure that he was also shown in the best way possible. Apparently Landon was very proud of his muscular physique and would take any opportunity to take his shirt off for scenes and that is why, whenever he suffered an injury, it would also be on his body, such as ribs, so that his shirt would have to come off. He was also reportedly self-conscious of his height at only 5’9″ and wanted to look as tall as possible at all times, so he would wear boots that had four inch platforms on them, and would stand on mounds or stairs to appear even taller than those around him.

It may seem strange that there is a connection between Little House on the Prairie and the National Football League, but there is, at least indirectly. As it turns out, Garett Brown, who invented the Steadicam, was working on an episode of the series and in between scenes was chatting with former NFL player Merlin Olsen. Olsen commented that he thought TV coverage of football was limited because the static cameras didn’t give an accurate sense of the actual pace and flow of the game to viewers. After hearing this, Brown got to work and eventually designed the Skycam which is the floating hydrolic camera that flies above players in the stadium, and is perhaps one of the biggest and most essential tools in broadcasting sporting events today.

Little House on the Prairie had a long list of stars, but there were a few who would go on to become even bigger stars later in life, and many would forget they even made an appearance in the show. Sean Penn is now a well-known Hollywood A-lister but, back in 1974 at the age of 14, he made his first ever TV appearance in the episode “The Voice of Tinker Jones.” As well as Sean Penn, Shannen Doherty who is now best known for her roles on Beverly Hills, 90210, and Charmed, appeared as Jenny Wilder on LHOP for 18 episodes. Many are also surprised to learn that Hollywood’s resident funny man who has starred in things like Horrible Bosses, Arrested Development and Identity Thief also got his start in acting on LHOP. Jason Bateman appeared in 23 episodes as James Cooper Ingalls. Then of course, there is Kyle Richards who is recognized now as one of the stars of The Real Housewives of Beverly Hills, but from 1975-1982, appeared in 19 episodes of Little House on the Prairie as Alicia Sanderson Edwards.

Romance was not only a common theme on the show, but it was also running rampant off-camera with the stars, and sometimes caused problems. Originally, the plan was for Mary Ingalls to marry John Sanderson on the show, and she would not go blind. Melissa Sue Anderson who portrays Mary, however, said it wouldn’t work because she had no real romantic interest in Radames Pera who played Sanderson, forcing writers to scrap the entire storyline. At the same time, Alison Arngirm (Nellie) was interested in Radames Pera, but the actor felt that she was too young for him and didn’t want to date her.

Giving the loving family the Ingalls portrayed, fans may have never known that, when the cameras weren’t on, there was quite a bit of tension on set. Many of Melissa Sue Anderson’s co-stars including Melissa Gilbert, Alison Arngrim and Radames Pera have said that Anderson was a “primadonna” on set, stating that she was a brat and unfriendly. Anderson has said that she was never aware that there was that attitude towards her, only stating that she and Melissa Gilbert weren’t very close: “We were just very, very different.” It has also become known that there was a lot of on-set tension between Karen Grassle (Caroline Ingalls) and her on-screen husband Michael Landon (Charles Ingalls) because she did not like Landon’s power on the show and her role as such a submissive wife.

The relationship between Laura Ingalls and Almanzo Wilder was strained because of their age difference, and it also made things difficult for the actors. Actor Dean Butler was eight years older than Melissa Gilbert, so when it came time for them to shoot their first kiss (which was also Melissa Gilbert’s first real kiss), things got awkward. There had to be “chaperones” on-set to make sure it wasn’t too risky of a kiss, and behind the scenes, Gilbert’s mother Barbara was wailing, “My baby!” so loudly that she had to be consoled so they could actually film the kiss.

After the series came to an end in 1982, Little House on the Prairie got three made-for-TV films, including 1984’s Little House: The Last Farewell in which the residents of Walnut Grove blow up their own town. At the beginning of the series, producer Kent McCray agreed with the property owners that he would put the land back to its original state when the series ended. While they were trying to figure out costs to dismantle it, Michael Landon suggested blowing up the town. He wrote a a story for the film in which the stars could actually blow it up, just leaving the Ingalls’ home and the church. The home was left standing for a few decades until it was consumed by California wildfire in late 2003.