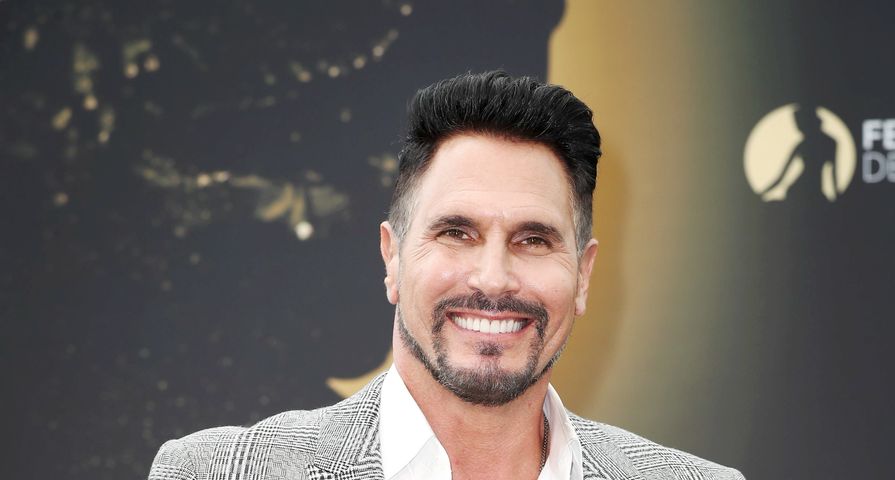 What are the qualities that make up a popular actor? Some exude an almost effortless charm. Others radiate an off-the-charts charisma. Then there are those actors whose characters viewers love to hate and some who are popular but notoriously underutilized. Most fans have their favorite actors on the Bold And The Beautiful (B&B). The following are the 12 most popular B&B actors ranked.

Windsor Harmon played Thorne Forrester on B&B from 1996 until 2016. Previously, he had portrayed the character of Del Henry on the now defunct All My Children (AMC). He took over the role of Thorne from Jeff Trachta in December 1996. Thorne was a role Harmon played for 20 years, although writers notoriously underutilized this charming actor and popular character. Harmon was placed on recurring status years ago and occasionally appeared on B&B until the role was re-cast.

Popular soap actor Ingo Rademacher joined B&B as Thorne Forrester in late 2017. Fans were excited to see Rademacher’s take on Ridge’s little brother. But alas, as was the case with Harmon, writers didn’t seem to know what to do with Thorne. He was involved in one or two storylines and then the character was relegated to the background once again. Rademacher left the sudser in early 2019. He has since returned to GH, where he plays the beloved character Jasper “Jax” Jacks.

B&B was not Jack Wagner’s first soap acting gig. He also starred on GH, the now-defunct Santa Barbara and the prime-time soap Melrose Place. Wagner played Nick Marone on B&B, a charismatic character who had relationships with Felica, Brooke, Brooke’s daughter Bridget, Taylor, Katie and Donna. A talented musician and singer, his song “All I Need” was a top 10 hit on the Billboard Charts in the U.S. He received two Daytime Emmy nominations during his soap career, but Wagner’s character was written off B&B in 2012.

Ian Buchanan was a popular soaps mainstay who appeared on B&B as Dr. James Warwick from 1993 to 1999. The popular and charming Scottish actor also appeared on Days Of Our Lives (DOOL), GH and the now-defunct soaps Port Charles and AMC. He won the Outstanding Supporting Actor Daytime Emmy Award in 1998 for his role as James. Buchanan still occasionally appears on B&B. His last onscreen appearance was in 2017.

Jacob Young has also been a soaps mainstay. He appeared on GH and AMC before taking over the role of Eric and Brooke’s son Rick Forrester in 1997. Young received six Daytime Emmy nominations during his career and won one. He was involved in many integral plots, including the ground-breaking transgender storyline with his then-girlfriend Maya Avant. Fans were shocked when this popular actor announced in 2018 that he’d been let go from the sudser. Young’s character Rick is still mentioned occasionally, but there’s no word on whether he’ll ever return to B&B.

Aaron D. Spears and his character Justin Barber hit LA in 2009. He is mainly known as Dollar Bill Spencer’s right-hand man, Justin Barber. When Spears was moved to recurring status in 2016, he appeared regularly on DOOL as a police commissioner. But he was moved back to contract status on B&B in late 2017 and has remained a regular, and a sounding board for Bill, on the soap ever since. Fans are hoping this popular actor will be given more of a storyline in 2019, and perhaps even a reunion with his high school sweetheart and ex-wife Donna Logan.

Sean Kanan and his character, bad boy Deacon Sharpe, arrived on the B&B scene in the fall of 2000, oozing charisma. Kanan won his first soap role in 1993 on GH, playing A.J. Quartermaine. Deacon hung around LA wreaking havoc until his departure in 2005. Then he reappeared in 2009, but on the Young And The Restless (Y&R), romancing none other than Nikki Newman. Kanan reprised his role on B&B in 2012 and was last seen on the show in 2017. Fans have loved and loved to hate Deacon over the years. But alas, Deacon is currently sitting in jail, after he attempted to kill Quinn Forrester. But could the popular actor could one day return to B&B? Viewers can only hope. Maybe Deacon will be granted early probation.

Thorsten Kaye is a veteran thespian, having earned his acting chops in theater productions and on television shows. His first soap appearance was in 1995 on the defunct One Life To Live (OLTL). Kaye also had regular roles on GH, Port Charles and AMC. He replaced fan favorite Ron Moss as Ridge Forrester in 2013 and has become quite popular among B&B fans in his own right. Kaye has been nominated for two Daytime Emmy Awards in his career so far.

The highly popular John McCook has been on the B&B since it debuted in 1987. He plays Forrester patriarch Eric Forrester. McCook began his soap opera career as suave playboy Lance Prentiss on the Y&R. He is another actor who has been underutilized over the years. Although he had a rich storyline involving Eric’s romance and marriage to Quinn Fuller in 2017, since then Eric has basically been a supporting player on the soap. McCook has received two Daytime Emmy award nominations, in 2001 and 2012, for playing the iconic character.

Liam Spencer may be a flip-flopping waffler when it comes to his two lady loves Hope and Steffy, but his portrayer Scott Clifton still remains one of the most popular actors on B&B. He first appeared on the soap in 2010, and soon after Liam learned his biological father was none other than Dollar Bill Spencer. But B&B is not Clifton’s first soap rodeo by any means. Before B&B, he had regular roles on GH and OLTL. Clifton has been nominated for seven Daytime Emmy Awards and won three.

Darin Brooks got his start on soaps playing Max Brady on DOOL. He took on the role of Wyatt Spencer on B&B in 2013. Soon after Wyatt arrived, he too learned he was Bill Spencer’s biological son and Liam Spencer’s brother. Brooks has become a popular leading man on B&B during his tenure and his character has been a vital part of many important storylines. Viewers can be sure they’ll see much more of this charming actor in the years to come.

Don Diamont hit the B&B canvas in 2009, after his popular Y&R character Brad Carlton was killed off the same year. Dollar Bill Spencer arrived in LA, and his take no prisoners attitude has electrified B&B fans ever since. Diamont’s swash-buckling style has radiated charisma since he hit the B&B canvas and Bill’s epic one-liners have kept viewers in stitches over the years. Although Bill is currently a “changed man,” fans know his egotistical side is hiding just under the surface, waiting to reappear. If the role of Dollar Bill seems tailor-made for the actor, that’s because it was.  B&B producers created the popular character with Diamont in mind. Hitting number one in terms of popular actors, he recently celebrated his 10th anniversary on the soap and fans hope he’ll be around for many more!