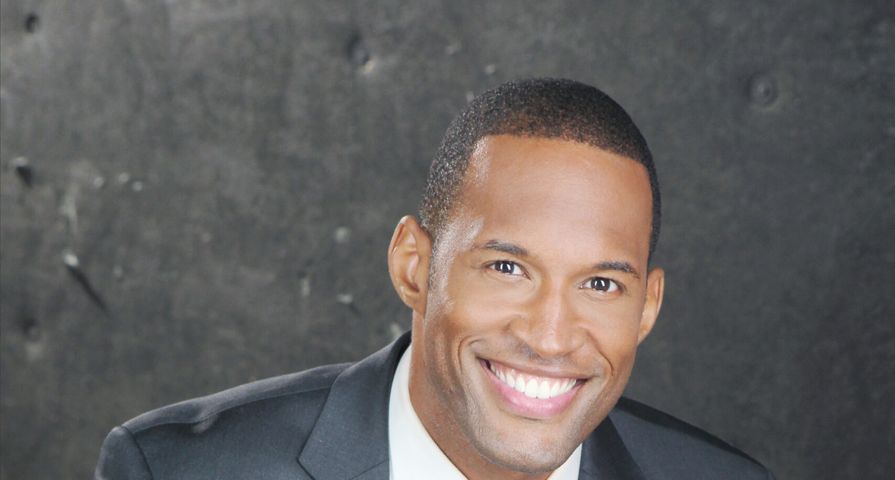 Where does The Bold and the Beautiful’s Lawrence Saint-Victor find the time? As well as portraying Carter Walton, the COO of Forrester Creations, he’s now adding Soap Opera Writer to his expanding resume.

“So this happened!!” he exclaimed on Twitter, sharing a digital screenplay cover with his name highlighted. “An episode that I had the privilege of writing aired today. It was such a wonderful learning experience.”

Saint-Victor’s enthusiasm for this “learning experience” suggests that his passion for daytime television will continue to extend beyond the role of Carter Walton. Perhaps it’s no accident that he mentions writing, directing and producing credentials ahead of the word “actor” in his Twitter bio.

“Thank you Brad Bell for giving me the opportunity, and to our amazing writers and the entire team for all of your support.”

In closing, he included the hashtag “#writerslife”.

Alongside Saint-Victor and Bradley P. Bell, “Episode #8496” was also written by Michael Minnis and Mark V. Pinciotti. It aired on Thursday, April 15th.

The celebratory tweet has received support from Young and the Restless star Bryton James, as well as Bold and the Beautiful alum Rome Flynn, who stated, “Finally! They should’ve done this 5 years ago!”

Saint-Victor’s growing influence on the B&B set appears at odds with his character’s, who will struggle to resist the manipulative duo of Zoe (Kiara Barnes) and Quinn (Rena Sofer) in next week’s episodes. Let’s hope that Saint-Victor can eventually write a more reliable love interest for his ailing alter ego!

So this happened!! An episode that I had the privilege of writing aired today. It was such a wonderful learning experience. Thank you Brad Bell for giving me the opportunity, and to our amazing writers and the entire team for all of your support. #writerslife #boldandbeautiful pic.twitter.com/WQfoNQSJVf