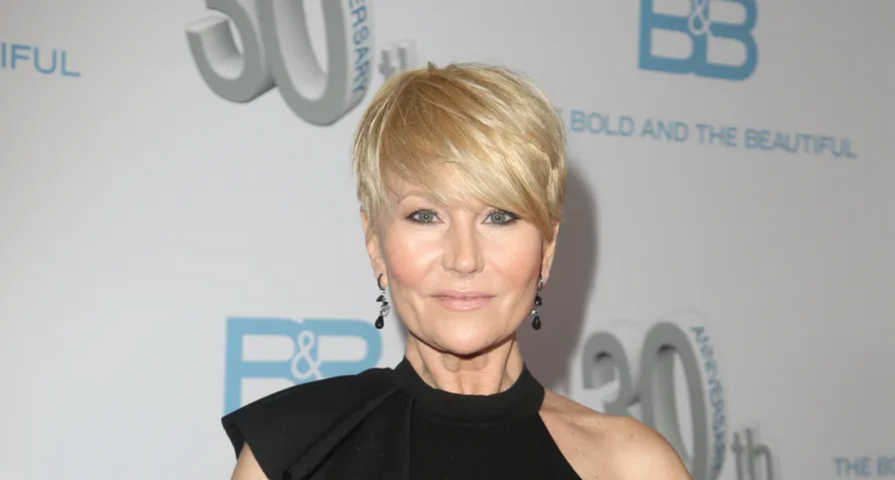 Fans of Bold and the Beautiful (B&B) have enjoyed watching the drama unfold within the L.A. fashion industry for about three decades now. During this time, we’ve witnessed leading ladies woo their men, embark on new and exciting adventures, become manipulative geniuses, all the while dealing with the show’s fashion run-way disasters. There are some we have loved, there are some we have hated – but at the end of the day, all of these women have stolen the show at one point or another. Many actresses who’ve appeared on B&B have come and gone, some have returned, few have stuck it out for the long haul, but what happened to those actresses who left and seemingly disappeared? Below we celebrate a list of popular but forgotten B&B actresses.

Frantz played the complicated (and scheming) Amber Moore in the late 1990s to mid-2000s. She entered the land of the B&B as a babysitter for Eric and Brooke’s children, and ended up seducing their son Rick. While she was complicated, Amber was also quite popular, and she ended up playing the same role on the Young and the Restless, B&B’s sister show years later. 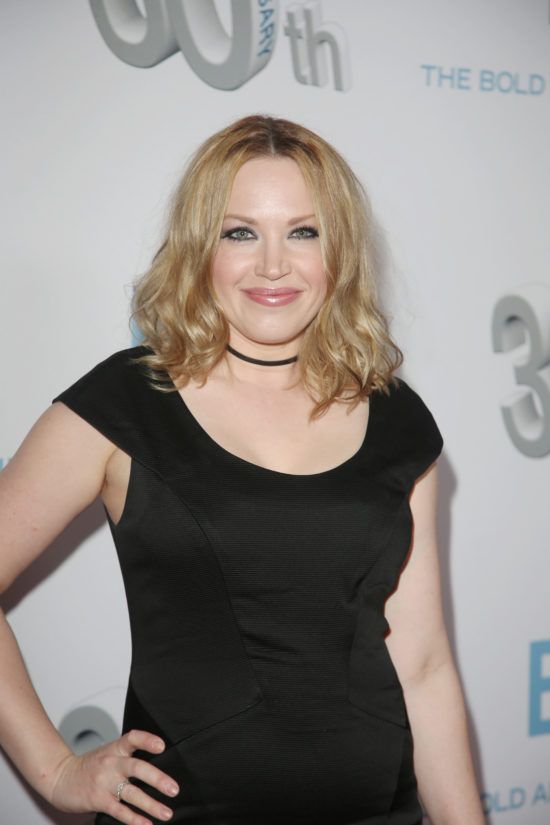 The actress was on the B&B from 1995 to 1997 playing Michael Lai, a female college student that ended up being roommates with Dylan Shaw. Her masculine name caused a mix up at the registration office, and the two would have a small fling. Sadly, Michael was never given a proper send-off when she left the show, as Lai was last seen at a pool party, and has never been talked about again. 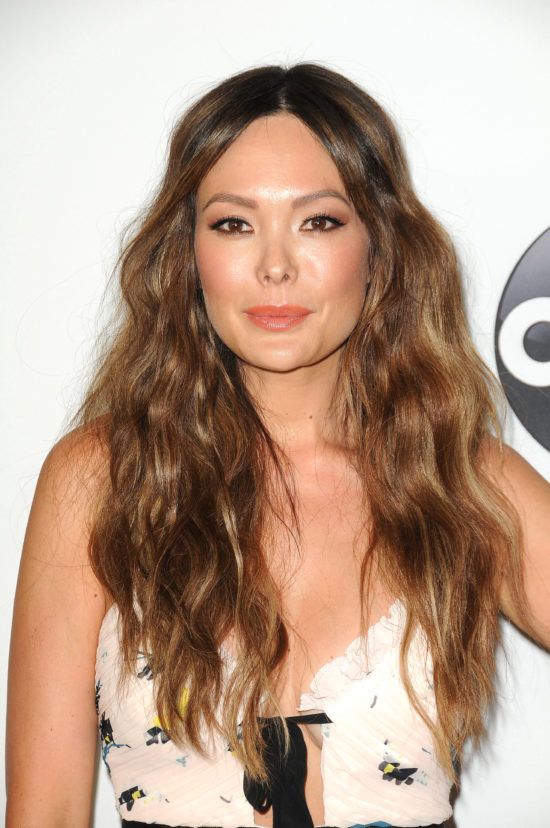 Sarah Buxton joined the B&B cast in 2000 playing the role of Morgan DeWitt. At the time she entered the Forrester fashion world, she was a successful designer hired on to help the company, but years before she was a teenage model who fell in love with Ridge and got pregnant. Stephanie would force the young girl to abort the baby; however, DeWitt never truly got over Ridge and when she returned to L.A., she had her sights set on him. Her scheming plan didn’t work in the end, but it did make for some interesting daytime television. 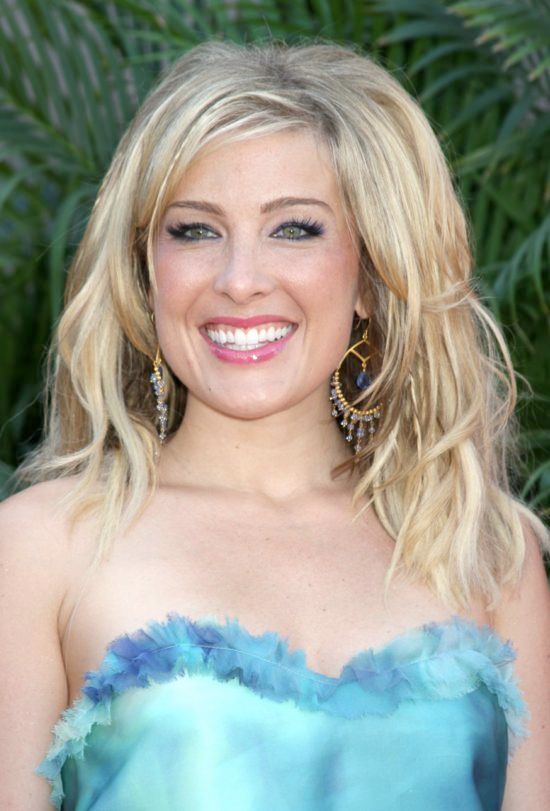 Many know this beautiful and talented actress from her role as the strong yet sometimes scheming Kate Roberts on Days of Our Lives; however, long before she resided in Salem, Koslow dabbled in the fashion industry. She played Margo Maclaine on the B&B from 1987 to 1992, Eric Forrester’s assistant, who would also move on to have an affair with his son Ridge, and dabble in some romances with Bill Spencer Sr. and Clarke Garrison. 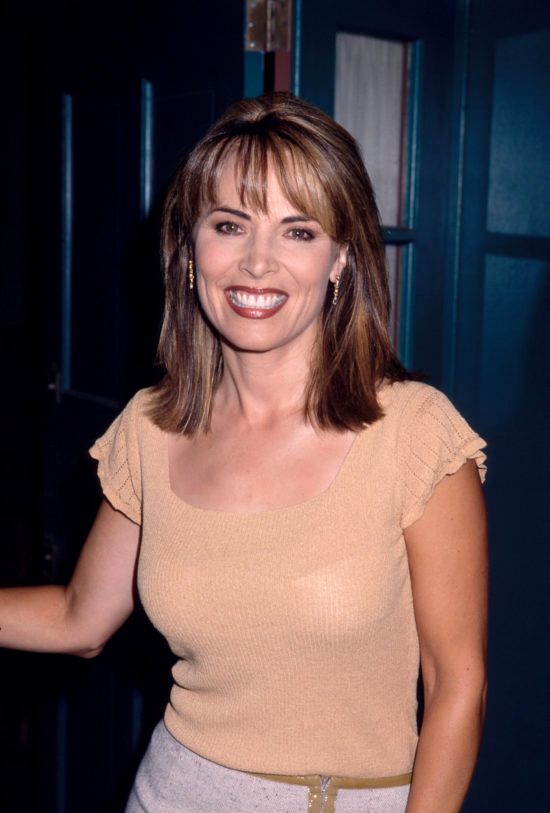 From 2006 to 2008, Mauzy played Phoebe Forrester, daughter of Ridge and Taylor, as well as (fraternal) twin sister to Steffy. Phoebe passed away in 2008 when she was a passenger in a car accident, tragically dying in her father’s arms. Her legacy lives on in the show, when earlier this year her sister named her adopted infant after her twin. 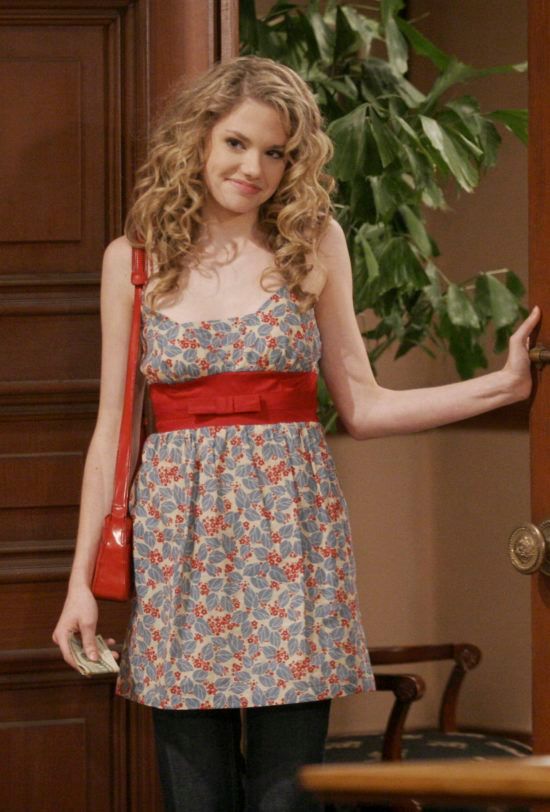 Who could ever forget Felicia Forrester? Colleen Dion-Scott was in the B&B role in the early ‘90s. At one point she left and returned for a short period of time between July to December in 2004. She’s not only known for her portrayal of Forrester on the B&B, but fans may also remember the soap opera veteran from other daytime dramas like Another World, All My Children, Guiding Light, Tomorrow, Loving, as well as As the World Turns. 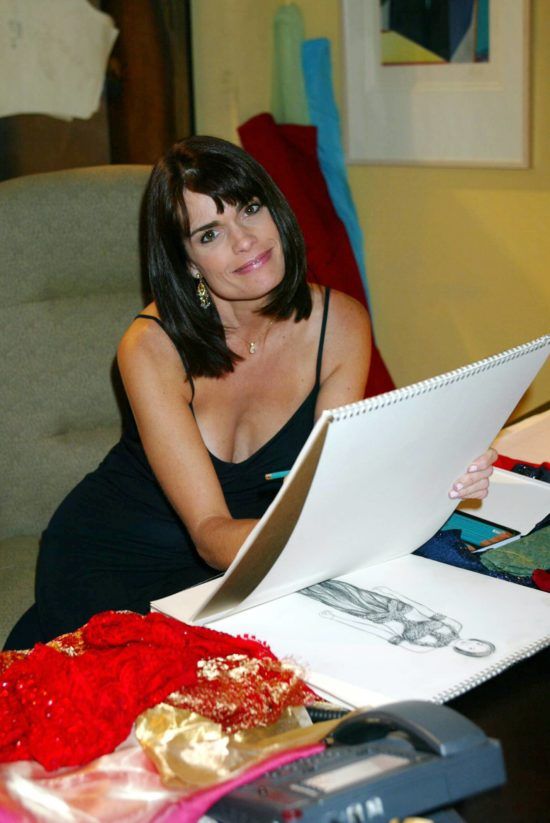 The beautiful Bobbie Eakes settled into the B&B cast with ease from 1989 to 2003. She wowed B&B audiences with her portrayal of Macy Alexander and was a staple on the show during her tenure. Alexander had relationships with Deacon Sharpe and Jake Maclaine but was most well known for her whirlwind romance with Thorne Forrester. Eakes also enjoyed stints on some other popular soap operas over the years including All My Children, One Life to Life, and was even on Days of Our Lives for one episode. 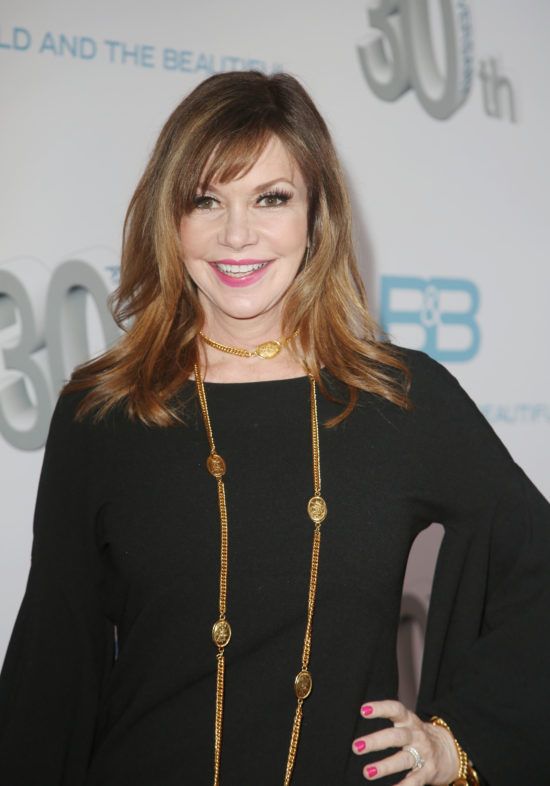 Speaking of Macy, Ashley Tesoro (then known as Ashley Lyn Cafagna) played Macy’s little half-sister Kimberly Fairchild on the B&B from 1998 to 2001. She flew onto the scene in a huge storyline that involved the father she shared with Macy, and his sketchy past and present. As B&B fans would know, Sally Spectra raised Macy on her own with no father figure in her life … until 1998 that is. Not only has Ashley dabbled in acting in the past, but she was also a model and musician, who even released a variety of country and gospel music albums for fans to enjoy. 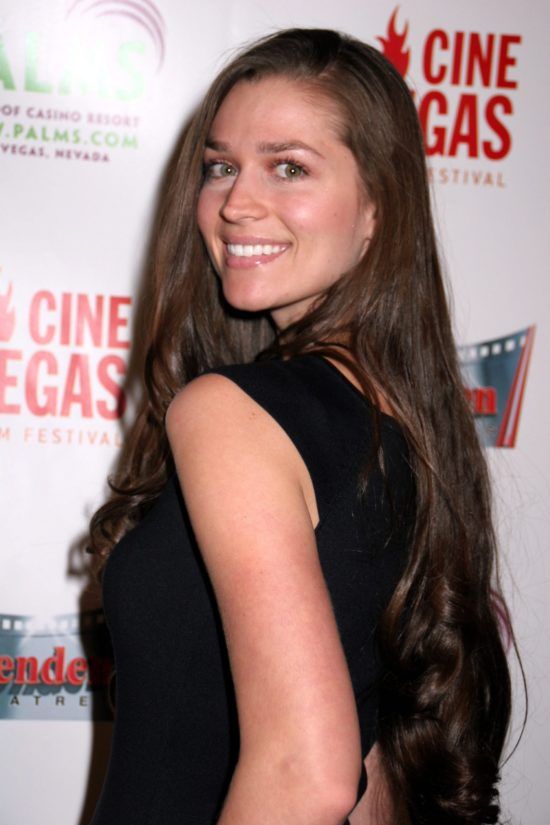 Many actresses have played Elizabeth Henderson Logan over the years, but none quite like Nancy Burnett. While she did not originate the role (that honor goes to Judith Baldwin in 1987), Burnett was recast into the part later that year. She played Beth Logan (on-and-off) from 1987 to 2001. Sadly, the character passed away in 2010 after she drowned in a pool after a confrontation with her nemesis, Stephanie Forrester.

While Ashley Jones currently holds the Dr. Bridgette Forrester role on the B&B, Jennifer Finnigan once played the part from 2000 to 2004. A talented actress, it didn’t take her long to get noticed by the soap opera industry and peers. Finnigan was the first actress to score three Younger Actress Daytime Emmys (in a row), and soon Hollywood (and primetime) were begging for her. Finnigan jumped the B&B ship to take on other roles, including stints on primetime shows like Tyrant, Committed, and of course, Crossing Jordan. 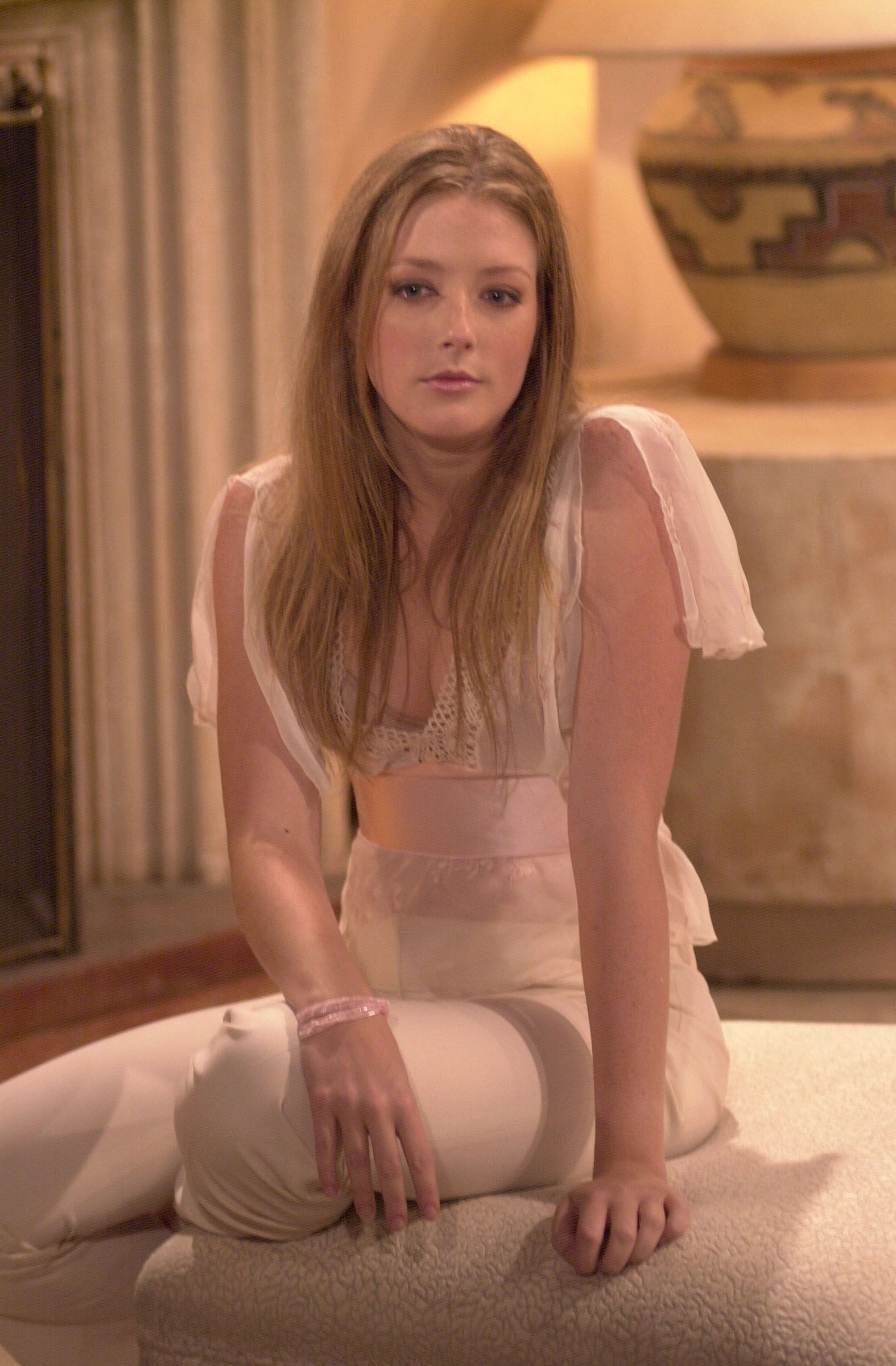 B&B fans have grown to love Heather Tom in the role of Katie Logan, and the actress has racked up a significant number of awards and accolades for her portrayal over the years. Alas, no one can even imagine Katie Logan being anyone but Tom; however, there was another actress who played the popular part at one point in time. Nancy Sloan stepped into the role from 1987 to 1989, and played a recurring part on the show, seen now and again from 1994 to 1996. She would continue to make guest appearances on the B&B in the early 2000s until Tom was recast as Katie in 2007, when the character made a huge splash on the B&B scene. The rest was history! 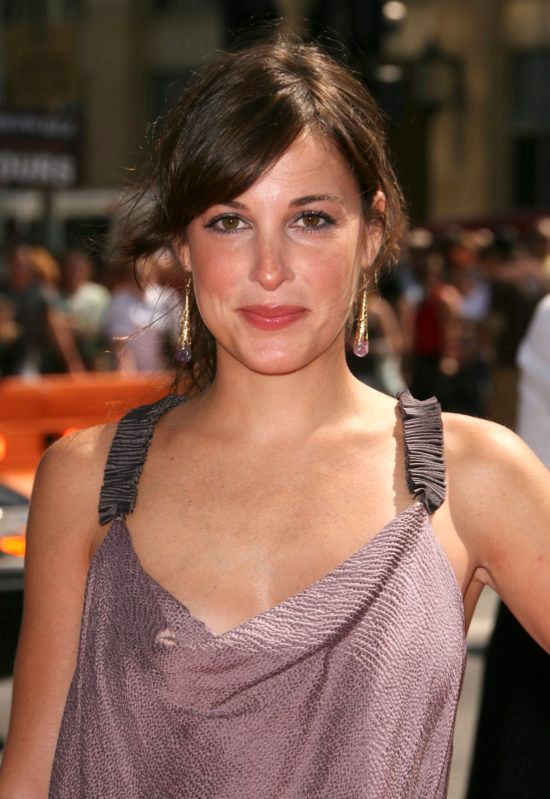 Darla Einstein-Forrester played a pivotal role on B&B for almost 17 years on the soap, and Schae Harrison was a delight to watch on-screen. Playing the role from 1989 to 2006, Darla formed huge bonds with fan favorites Sally Spectra and Macy Alexander. She also had quite the romances during her day, locked in affairs with Bill Spencer Sr., Connor Davis, and of course, Thorne Forrester. Sadly, Darla passed away when she was accidentally hit by a car in 2006, and fans no longer get the pleasure of seeing Harrison on-screen. 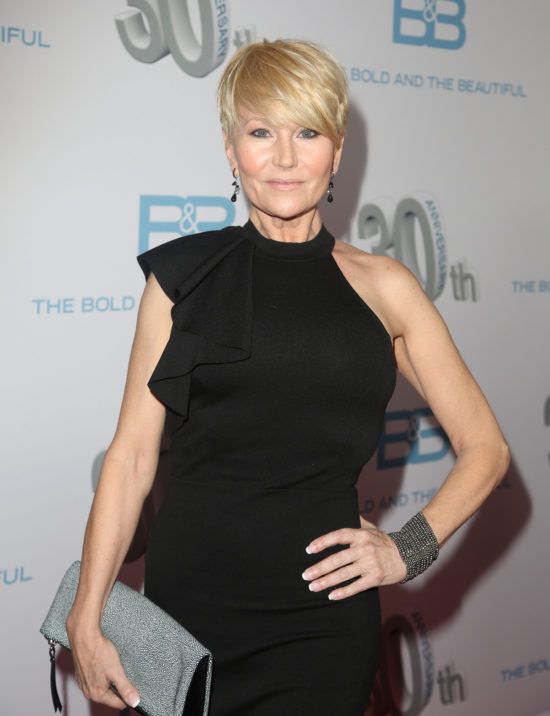