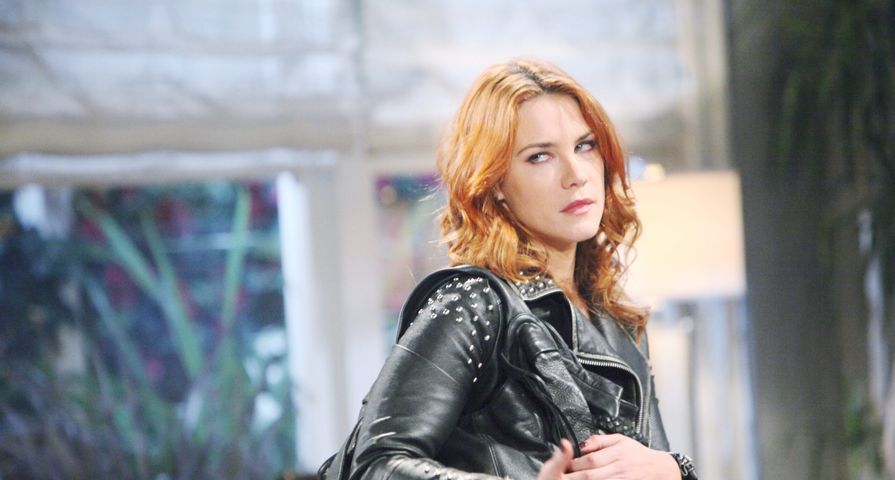 Bold And The Beautiful (B&B) fans get pumped-up when they hear a favorite character is set to return. But sometimes, excitement and anticipation turns into disillusionment when a beloved character’s persona has changed, sometimes for the better and other times for the worse. The following are 12 B&B character returns that totally disappointed fans.

Ridge left the B&B canvas on September 14, 2012 because his portrayer Ron Moss had quit the show. A little over a year later, Thorsten Kaye took over the role and some fans were disappointed, not with the actor but with the character’s actions. He dumped Brooke and got together with her sister Katie, which not only left viewers disillusioned, but also shaking their heads. Of course, these days Ridge is back in Brooke’s arms, where he belongs.

Fans were disappointed writers turned Thomas into a villain when he returned to B&B in March 2019. Thomas was no angel and had done questionable things in the past, but this version of Thomas was a whole lot different. He seemed to have forgotten his love for Sally and instead became completely obsessed with Hope. This was not the Thomas viewers remembered and they felt disheartened.

Taylor was the only serious competition Brooke ever had for Ridge’s affection over the years and her rivalry with the Logan sister was legendary. Her return to the B&B canvas in the summer of 2018 made a big splash too – she and Brooke ended up in a cake fight during Hope and Liam’s wedding. But then it was revealed that she was the person who shot Bill in the back, which seemed out of character. And shortly after she arranged for Steffy to adopt Phoebe, through Doctor Reese Buckingham, she disappointingly disappeared from Los Angeles.

Since Donna returned in the late fall of 2018, she’s basically only served as a prop for her sisters Brooke and Katie. Some viewers hoped she would get back together with Justin, while others expected her to be Quinn’s rival for Eric’s affections. However, now that Quinn and Eric’s marriage is on the rocks, Donna may just have another chance with her former husband and finally get a storyline of her own.

When Sheila made her stunning return to the B&B in June 2017, fans hoped she was up to no good. This was a character who had shot Taylor, kidnapped several people and was one of the evilest villains in the history of soap operas. But instead of having murderous intentions, the only reason she was back in town was to cause problems in Eric and Quinn’s marriage. Sheila’s main motivation was that she wanted Eric for herself and fans felt let down by her return.

It wasn’t so much Sally’s return to the show that disappointed fans as much as her abrupt departure. Sally left the canvas for a few months, having followed Thomas to New York. When she came back to LA, she immediately hooked up with Wyatt. But when his high school sweetheart Flo showed up, Wyatt dumped her twice. Sally pretended she was critically ill to woo him back and when she was caught, she left town. Fans were upset, feeling it was shoddy treatment of an extremely popular character.

Deacon returned to the B&B canvas several times. The first time, Dollar Bill used him to try to stop his son Liam’s Italian wedding to Hope. The next time, he ended up falling for Quinn and the pair got married. But after they broke up, Deacon disappeared and when he came back yet again, it was to take some shots at Quinn. He ended up being removed from the Forrester mansion in handcuffs. It was an unsatisfying return for a popular character.

After the baby Beth secret came out, one of its main keepers, Zoe, left the scene for a while after she was fired from Forrester Creations. When she returned about two months later, viewers were frustrated when she ended up getting her job back and now seems to have been forgiven by everyone, including Hope. Will this character ever face her comeuppance for what she did? Keep watching B&B to find out!