Bold And The Beautiful Plotline Predictions For The Next Two Weeks (April 20 – May 1, 2020) 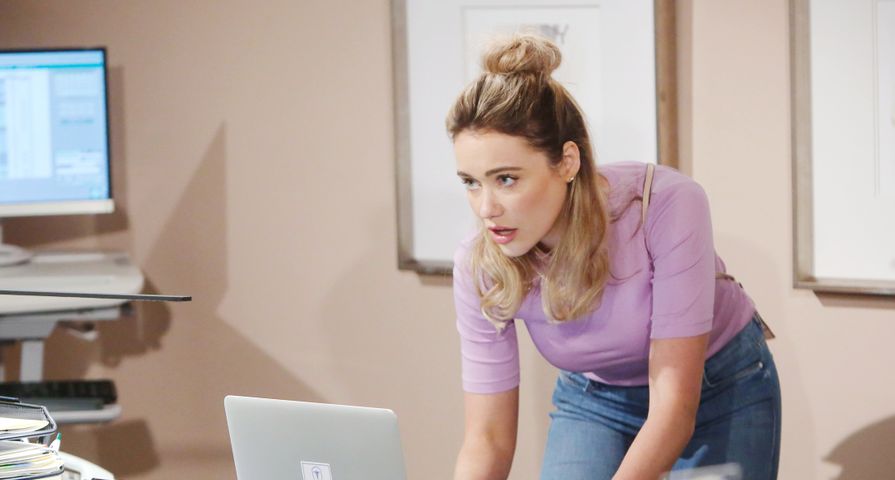 Bold And The Beautiful (B&B) speculation teases that Penny will put Flo in a coma, and she may not survive it. Also, Bill will tell Katie he’s not willing to let her go and Brooke will continue to beg Ridge for forgiveness. Read on for 12 B&B plotline predictions for April 20 to May 1, 2020.

As of Thursday, April 23, B&B will have run out of episodes, but producers have a plan. On Friday, April 24, B&B will air a Monte Carlo-themed episode that will show Forrester Creations and Spectra Fashions competing in a fashion showdown for charity. The following week, B&B will feature episodes that were filmed on location in Monte Carlo from 2013 to 2017, as week as two never-before-seen documentary-style episodes that will include behind the scenes details of these shoots.

Bill will once again apologize to Katie for kissing Brooke and breaking her heart. Batie will also have an honest discussion about their past and present relationship. Bill wants to come home and put their family back together with Will, but Katie will tell him she’s not ready to hear it.

When Katie refuses to listen to Bill’s excuses, he will tell her he’s not willing to let her go. But is it even up to Bill? If Katie no longer wants to be with him, that’s her choice, not Bill’s. Batie has been engaged for a year, so if Bill had really wanted to be with Katie, wouldn’t he have married her by now?

Considering his betrayal with her sister, Katie may tell Bill she’s happy they didn’t get married for a third time. After all, she believes a third marriage would have ended the exact same way the first two did – with Bill’s infidelity with Brooke. Katie is not the type of person to rub something in Bill’s face, but she may just point this out to him.

When it comes to her sisters, Donna will continue to ask Katie to forgive Brooke, so all three of them can get along again. During the past few years, the Logan sisters have been a force to be reckoned with. They’ve supported each other through thick and thin, and Donna wants those good times to return.

Spoilers tease Brooke will continue to try to wear Ridge down. She knows he hasn’t forgiven her for kissing Bill, a man he hates more than any other, but she’s hoping he’ll soon see the light. And rumor has it, she will invite her husband to her home for a romantic dinner, but will Ridge show up?

Ridge will try to reach out to Shauna, but much like the way he acted when Brooke couldn’t find him, Shauna will not answer his calls or respond to any of his messages. She told him she couldn’t open her heart to him again and said what sounded like a final “goodbye” on a recent episode. But Ridge doesn’t want to accept it.

6. Is Shauna Hiding Something?

There’s also been some fan speculation that Shauna may be hiding some important information from Ridge. And the secret she’s keeping could be an explosive one. Savvy viewers noticed Shauna and Ridge’s Vegas episode ended with the pair kissing in front of a wedding chapel. Did the two of them get married?

5. Did Ridge File The Papers?

If Ridge and Shauna are now married, does that make Ridge a bigamist? Perhaps he filed the papers to end his marriage to Brooke during his drunken evening in Vegas with the former showgirl. Will Ridge start to piece together memories from his night out on the town and if so, what will he remember?

On Thursday, viewers saw Flo looking through Sally’s medical records. And the look on her face said it all – she now knows what her rival was suffering from was merely stress. Sally is as healthy as she is, and Flo will be stunned and angry. She will head to Wyatt’s beach house to confront her.

B&B speculation teases Sally will know Flo is onto her, but she is still not going to let her walk away into the sunset with Wyatt. Sally wants to protect her secret and may even try to make a deal with Flo but there is no way her rival is going to agree to letting her continue her ruse.

The confrontation between Flo and Sally will take a dark turn, according to B&B spoilers. Dr. Penny Escobar will arrive at Wyatt’s beach house while the two women are arguing and will do something that will stun Sally. And rumor has it, the doctor’s actions will result in Flo lying unconscious on Wyatt’s floor.

B&B Executive Producer and Head Writer Brad Bell teased early in 2020 that a character would pass away this year. Viewers know the person likely won’t be Sally since they know she is faking her fatal illness. But spoilers show Flo will be lying comatose in Wyatt’s living room. Will she wake up or could she meet her demise? Stay tuned to B&B to find out!