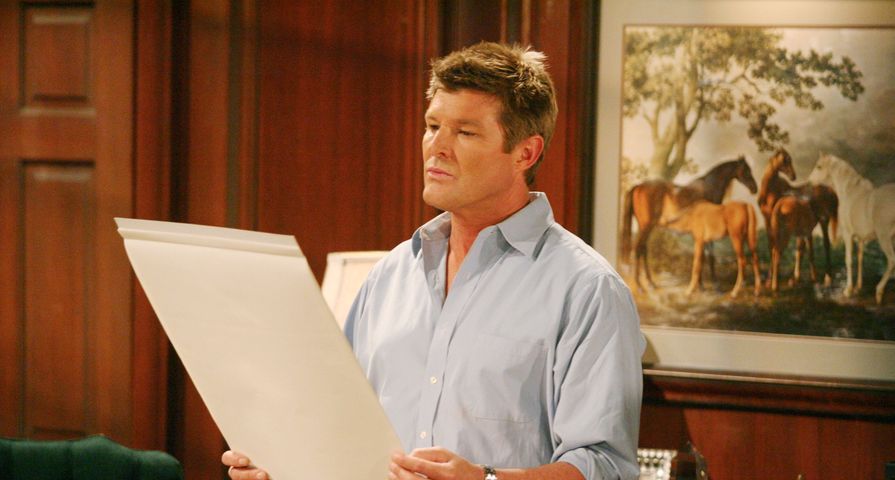 With Bold And The Beautiful (B&B) expected to air new episodes in the coming weeks, fans would like to see some new storylines and perhaps even a shakeup that would bring some former characters back to the fold. Potential returns viewers are hoping for include Taylor, Deacon, Justin, Rick and Maya. The following are 12 B&B characters fans are desperate to see back in LA.

Nick, his mother Jackie and her husband Owen, abruptly left the B&B in 2012 and fans would love to see all of them return, but particularly Nick. Ridge’s half-brother was a charismatic sea captain who romanced many women during his time in LA, including Bridget, Brooke, Katie, Donna, Taylor and Felicia. He also shares a son named Jack with Brooke. Nick’s return would provide a rival for Ridge and might also give Brooke another potential bed to hop into that wasn’t occupied by her sister’s husband Bill.

Fans adored Felicia. The daughter of Eric and Stephanie, this character’s arrival in LA always spelled trouble. Viewers would love to see her return and weigh in on her brother Ridge’s relationships with Brooke and Shauna. And how would Quinn feel about Eric’s daughter being back in town? Would the two women get along, or would they become rivals? Fans would love to watch this play out.

Marcus was the illegitimate son of Donna and Justin. He first appeared in LA in May 2008. He posed as a caterer at a Forrester party in the hopes of meeting his biological mother. When Donna’s husband Eric discovered his wife had a son, he wasn’t angry, in fact, he legally adopted him. During the five years Marcus was in LA, he was involved in relationships with Steffy, Amber and Dayzee. Fans loved his romance with Steffy and would like to see him return. Marcus eventually married Dayzee and left LA in October 2013. The couple moved to Johannesburg, South Africa, with him and Amber’s daughter Rosie.

Deacon would be a welcome return to the cast. He first arrived in Los Angeles in the fall of 2000. Then he hung around LA causing chaos, including having an affair with his wife Bridget’s mother Brooke. Their union resulted in Brooke giving birth to their daughter Hope. Deacon departed in 2005 but returned to the B&B in 2012. He quickly hooked up with Quinn and ended up marrying her. The last time viewers saw Deacon was in 2017 when he was taken away in handcuffs after trying to kill his ex-wife Quinn.

Bridget was dropped to recurring status in 2011 but still occasionally appear at weddings, family parties and at Christmas. She was back on B&B in March 2020 to witness her mother Brooke’s humiliation at the hands of Quinn. Fans loved Bridget because she was generally the most selfless character on B&B, usually putting everyone else before herself. Viewers desperately want to see Bridget make a comeback and return to LA full-time.

Rick was heavily involved in the ground-breaking transgender storyline with his then-girlfriend Maya. Brooke and Eric’s first child, fans were stunned when this popular character was taken off the B&B canvas in 2018. Rick is mentioned occasionally, but fans still don’t know why he and Maya broke up. They’d like to see a resolution to Rick and Maya’s storyline and Rick’s return to LA.

Maya was the first transgender bride in North American daytime television history, but after she and Rick broke up, the character was placed on the backburner. In late 2019, B&B Head Writer and Executive Producer Bradley Bell had teased a Rick, Carter and Maya love triangle. But it never materialized, which disappointed fans, who would like to see her return. Maya was last seen on the B&B in May 2019.

Although Macy purportedly met her demise in October 2003 when a chandelier fell on her head, many fans believe she is still alive and would like to see her return to the B&B canvas. She could lend a hand to her cousin Sally, who was in quite the sticky predicament when last we saw her. Macy’s return could also lead to a comeback for Thorne, who hasn’t been seen in LA since Valentine’s Day 2019.

Thorne has always been the forgotten Forrester who was relegated to working in the basement at Forrester Creations. He was involved in some of the B&B’s most heartbreaking storylines, including the demise of wife Darla when she was hit by a car driven by Taylor. His daughter Aly also passed away at the side of a highway, after an altercation with Steffy. Thorne is a sympathetic character who remains popular with fans, many of whom would applaud his return.

He hasn’t been off the B&B canvas for long, but fans have already been clamoring for the return of Dollar Bill’s best friend and right-hand man Justin. Last year, Justin and his ex-wife Donna appeared to be getting close again and viewers were hoping they might reunite. It would have given the two characters a meaty storyline and, at the same time, provide viewers with a much-needed distraction from the baby Beth narrative. If producers were to bring Justin back, perhaps fans would finally get their wish and see a Justin and Donna reunion.

Love her or hate her, Taylor was a force to be reckoned with and many fans are desperate to see the doctor return to Los Angeles. Taylor first appeared on the B&B canvas on June 6, 1990, as Caroline’s doctor and a new romantic partner for Ridge. Her last appearance was in March 2019. Taylor’s deep love and devotion to her children Steffy and Thomas and her fierce rivalry with Brooke are what fans miss the most about her absence.

Sheila was always a popular character and fans were thrilled when the B&B villain made a surprise return to the sudser in 2017. Hoping to reunite with Eric, she immediately targeted Quinn and outed the jewelry designer’s stolen kisses with Eric’s son Ridge. But Sheila’s storyline sputtered after that and instead of going out with a bang, she just disappeared off the canvas a short time later. Fans are desperate to see Sheila return and give Quinn a run for her money a second time.