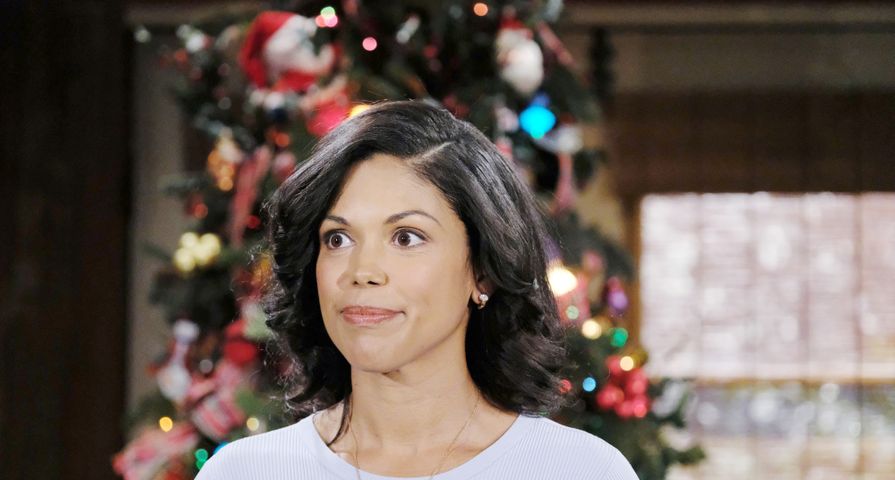 Fans of The Bold and the Beautiful (B&B) frequently ask when Maya Avant will return to Los Angeles.

The character, who was at the center of a groundbreaking storyline when she came out as transgender in 2015, hasn’t been seen on the soap since 2019. However, in a new interview with Soaps.com, Karla Mosley revealed that she wouldn’t reprise her historic character.

When asked whether she believed there were more stories for Maya to be involved with, the actress – who also subbed in for Mishael Morgan on The Young and the Restless – was quick to answer in the affirmative.

“Oh my gosh, so many stories to be told with Maya…” Mosley confirmed, before addressing why she would not be involved in the character going forward.

“When Brad [B&B executive producer Brad Bell] asked me to take on the role – or I’d already taken the role but taking it on this twist in her story – I knew that there was a time limit for it,” Mosley explained, “because I am a cisgender person. And I really believe that trans people should be playing trans characters.”

The star, who recently had her second child, felt that there was a promising future for Maya, should the character return.

“There are so many stories to be told by Maya, but I don’t think they should be told by me,” Mosley stated.

“In order to tell authentic stories and to feel free in the stories we’re telling, it’s important to have the people who actually know, telling those stories or writing those stories,” Mosley continued. “Then we can do more, and we can go further.”

“I hope that Maya returns, I hope that I return…” Mosley laughed. But when it comes to reprising her most famous character, she said, “probably not”.