Young And The Restless: Plotline Predictions For August 2021 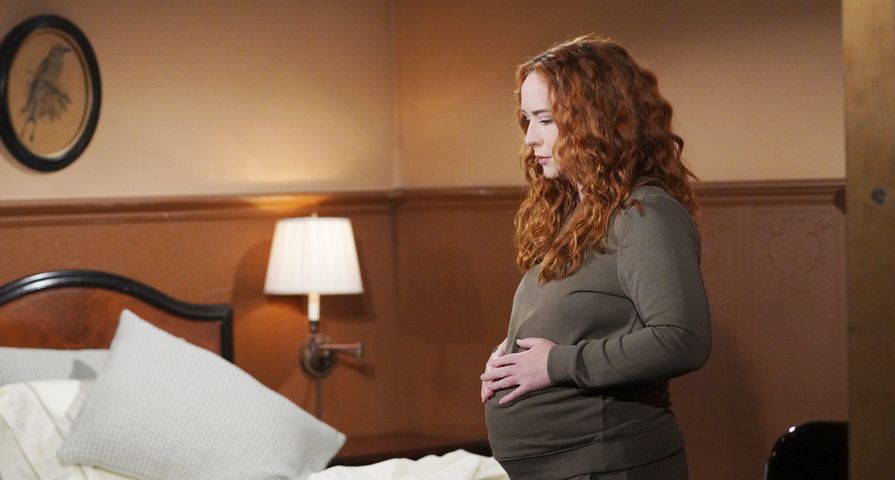 Will Kyle leave Genoa City? Will he learn the truth about Sally and Tara before he does so? Will Nate and Imani cross a line? Who has Mariah, and will she ever be saved? Young and the Restless (Y&R) fans just love to speculate! As such, below are some Y&R plotline predictions for August 2021.

As July wraps up, Phyllis is quite close to exposing Sally and Tara’s plan against Summer. At this point, she’s onto something, she just needs viable proof. Y&R spoilers for early August reveal that Red will uncover a truth. Sounds like she’ll get the evidence she needs to finally nail Locke and Spectra to the wall.

The two Abbott men have been defending Sally and Tara to no end. They’ll be taken aback by the information Phyllis provides and feel foolish about their actions. Kyle will feel awful about what happened to Summer, and Jack will break ties with Spectra once and for all. But, what if Jack and Sally become intimate before Phyllis comes forward?

Kyle will head to Milan — not only to apologize to Summer for what happened, but also to convince her to marry him in Italy. The two will profess their love for each other over the phone. He’ll excitedly jump on a plane, ready to finally reunite with his best friend and soulmate and become husband and wife. But, what if the plane goes down before it reaches its destination? Could Kyle pass away? Or could everyone presume Kyle has passed away?

There have been rumors that actress Hunter King could be leaving Y&R; however, unlike Mealor, nothing has been confirmed. Maybe Summer is staying put? If Kyle passes away tragically, Summer would return to Genoa City. She’d need to be surrounded by family and friends to heal. Then, there’s a chance that Summer would just stay in Italy (if King leaves the show). After all, there would be too many reminders of “Kyle” if she returned to Genoa City. Being away could heal this wound for her.

What is Sally ends up expecting by the month’s end? While Jack will undoubtedly be upset with her and cut all ties, a baby could change the game for their relationship, especially if the unthinkable happens to Kyle. Jack will struggle with the idea of keeping Spectra in his life, but he’ll want to be a part of everything the baby goes through. Plus, this child could be an opportunity that Jack has wanted for a long while: to fully experience fatherhood.

Y&R fans have debated this for a long while. All arrows point to Stitch, for obvious reasons. Then, it could be his son Max, or even sister Kelly. Regardless of the “who”, another question arises: when will Copeland be found? Doesn’t seem like anytime soon. In fact, there’s a good chance she gives birth while being held hostage.

6. The Kidnapper Puts The Baby Up For Adoption

Seems so far-fetched, but a lot can happen in a month! Mariah will likely have the baby while being held captive. Since she doesn’t know where she is, the kidnapper could easily put her under while she’s in labor, take the baby and put it up for adoption. Copeland will be returned, not knowing where she’s been, and the entire Abbott-Newman-Chancellor clan (including Mariah, Sharon and Tessa) will be devastated over what’s happened.

When a baby switch or swap occurs of this kind in the land of soap operas, the person who ends up with the child is generally connected in town. Y&R spoilers indicate that Victoria will share some unexpected news soon. Perhaps she and Ashland decide to have a child of their own. After all, he got massively burned with Tara and Harrison. He may decide to dive into fatherhood before his condition takes over. As Victoria has always struggled with pregnancy, could the two decide to get hitched and adopt?

Amanda and Devon have taken that next step in their relationship by moving in together. Could they decide to go the extra mile and adopt a baby? Maybe Amanda has fertility issues that fans are unaware of? It would be a unique plot twist if the kidnapper places Abby and Chance’s baby up for adoption, only for Devon to end up with the child, considering the baby has his genes.

If Tara is exposed, she’ll possibly leave town — but Mrs. Locke is an opportunist. There’s also a good chance that she’ll convince Ashland to take her back, especially if the Locke-Ness Monster has been faking his condition this whole time for the Locke-Newman merger. The two might also decide to reunite, for Harrison’s sake. If Kyle does pass away for Michael Mealor’s exit, the little boy will need all the support he can get.

Imani likes Nate. This isn’t a flirty friendship; she has her eye on the good doctor. Who could blame her, though? With that said, is Imani the type of woman to move in on someone else’s man? Would she go the extra mile? Could she try and seduce him into cheating on Elena? Would she even trick him into bed? Alcohol may or may not be involved if this one-nighter occurs!

If Nate cheated on Elena with Imani, would he come clean? Would he try and hide it? One thing’s for sure, he’d finally understand where Elena was coming from months ago. There’s a good chance that Hastings would keep his one-nighter with Imani under wraps. But, what if a one-night stand turned into a bonafide affair?