Thanks to social media, The Young and the Restless (Y&R) viewers have more access than ever to their favorite soaps stars. Find out who said what and keep up with the latest off-screen drama with our Y&R News Round-Up for the week of May 16th, 2022.

Actress Kate Linder, who plays Esther Valentine, recently celebrated 40 years on Y&R! With spoilers indicating that the former Chancellor maid will begin a new chapter in Genoa City, Soap Opera Digest (SOD) reports that actor Sam McMurray has joined the cast. The veteran performer, who previously appeared on shows such as The Sopranos and The King of Queens, will play Dwight, who connects with Esther on Monday, May 23rd. 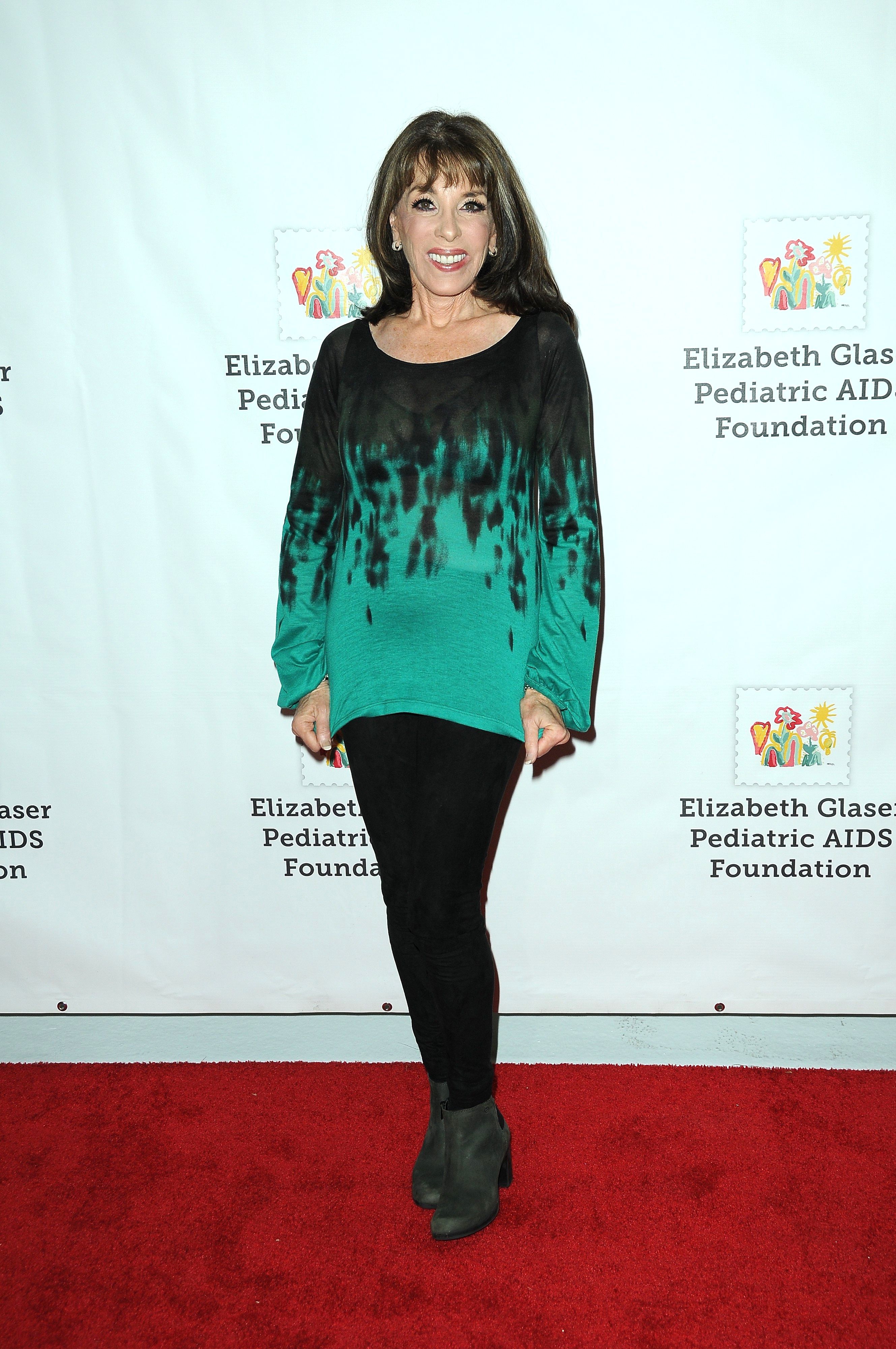 Kelsey Wang (who plays Allie) is new to Genoa City, so we should cut her some slack. But intrepid Y&R viewers can’t help but point out that Allie has called Traci Abbott “Beth” on two separate occasions now! Clearly, Wang and Traci portrayer Beth Maitland have bonded off-screen, but shouldn’t Y&R producers be able to edit this flubbed dialogue out? Surely, the one-take rule when taping soap operas must have some caveats!

7. All In The Family

Meanwhile, Peter Bergman (Jack) is thrilled to have the Abbott family back together. “I have been involved in other people’s stories, which I thoroughly enjoy,” Bergman revealed in an interview with SOD, “but my way of thinking has always been, ‘When are we going to re-establish the Abbott family?'” As it turns out, Bergman has been restless for company in that mansion, all by his lonesome. “Jack has been walking around that house for a long time by himself with the occasional visit from Billy (Jason Thompson).” We suspect that Diane’s return will continue to rally the Abbott family as her storyline develops! 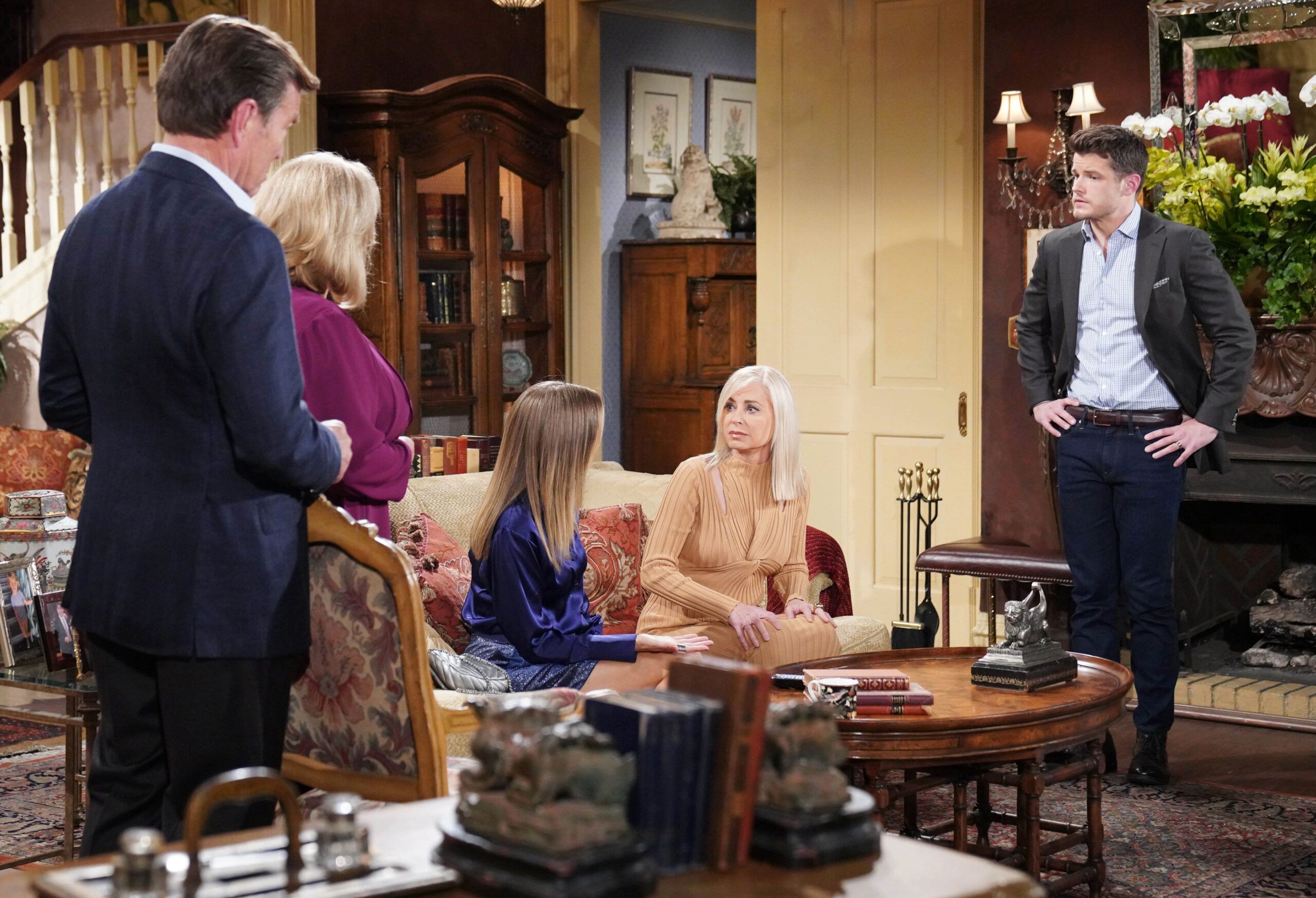 Speaking of Jack and Billy, Bergman and Thompson have both been nominated for Daytime Emmys in the category of Outstanding Lead Performance in a Daytime Drama Series. Other Y&R performers who are nominated include Mishael Morgan (Amanda), Bryton James (Devon), Melissa Ordway (Abby), Alyvia Alyn Lind (ex-Faith) and Jordi Vilasuso (Rey). Will Lind score the Younger Performer Emmy? We’re breaking down the competition and counting your vote! 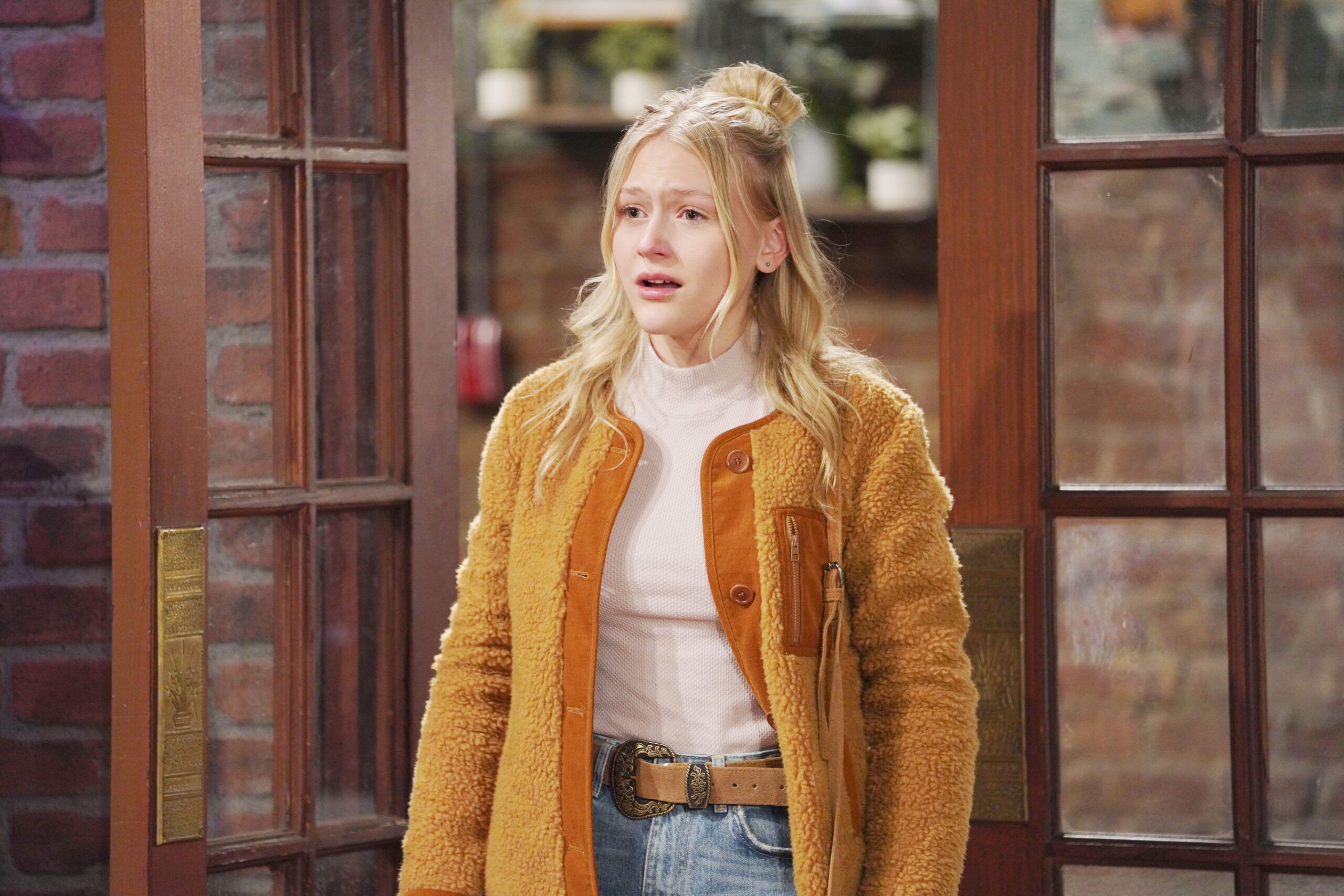 It isn’t everyday that a same-sex couple in Genoa City gets married – in fact, it’s never happened until now! And the importance of Mariah and Tessa’s relationship isn’t lost on actress Cait Fairbanks (Tessa). “I feel especially honored to be a part of this moment because I understand the importance of it,” Fairbanks told People. “It’s like the best coffee you could ever have going into a scene because, you know what? This isn’t just a couple talking. It’s also representing on screen so many people who haven’t really had the opportunity to be themselves, and every time I come to work I am reminded of that.” 4. Deacon Sharpe Will Return… On One Condition

Thanks to Diane Jenkins’ resurrection, everyone in town is talking about Deacon Sharpe. Although Sean Kanan is currently preoccupied on sister soap The Bold and the Beautiful (B&B), he hasn’t ruled out returning to Genoa City. “I think it would be fun and I’m totally open to it,” he told Soaps.com. “I have nothing but good, fond memories of my time on Young and Restless. I adored working with Melody Thomas Scott (Nikki) and Eric Braeden (Victor), and I had a great time over there.” However, the actor has one stipulation. “Would I ever cross over to Young and Restless for a couple of episodes? Yeah, that’d be a blast. But it would be on one condition… that I could hightail it back to Bold and Beautiful“. In the latest twist of the Summer Newman saga, which began when Hunter King announced her exit and resolved when Allison Lanier was recast to play the character, it’s been revealed that Kristen Alderson also tried out for the role. “So, I auditioned for Summer for The Young and the Restless,” the former General Hospital star revealed on SOD’s podcast. “I got really excited about it. I totally sent them a video talking about how I had a huge crush on Victor Newman growing up.” Y&R did respond, Alderson explained, but the show was looking for someone who looked like King. “We do look very different,” she admitted. 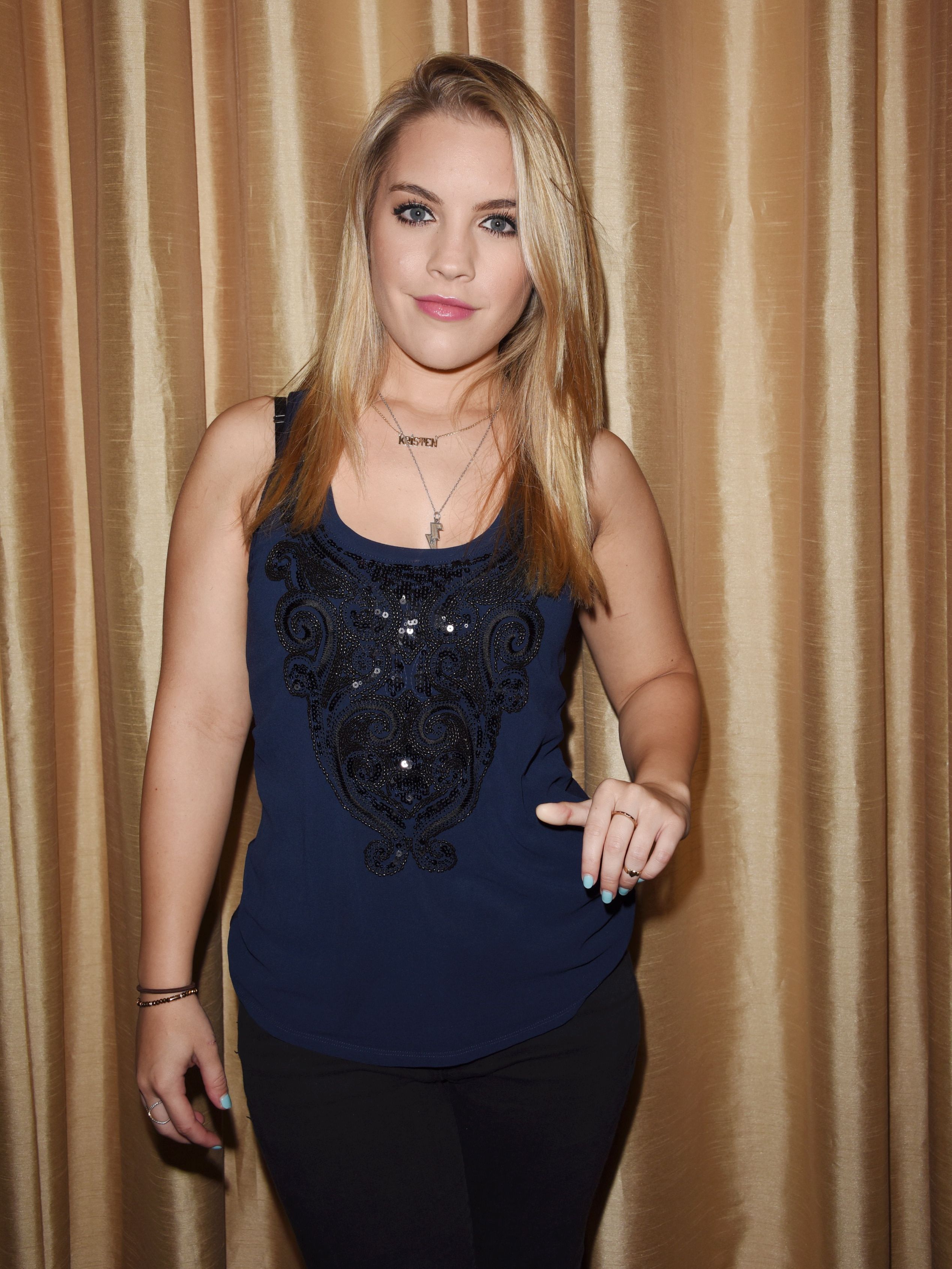 Perhaps Alderson’s “huge crush” on Victor was instigated by a recently unearthed retro photo of the Moustache! When a Y&R fan on Twitter shared an image of Eric Braeden in a Speedo, the legendary actor got in on the fun. “A few “days” ago!!” Braeden replied, jokingly providing a date for the image. “The lady photographer said “If Burt Reynolds can do it, so can you!!” 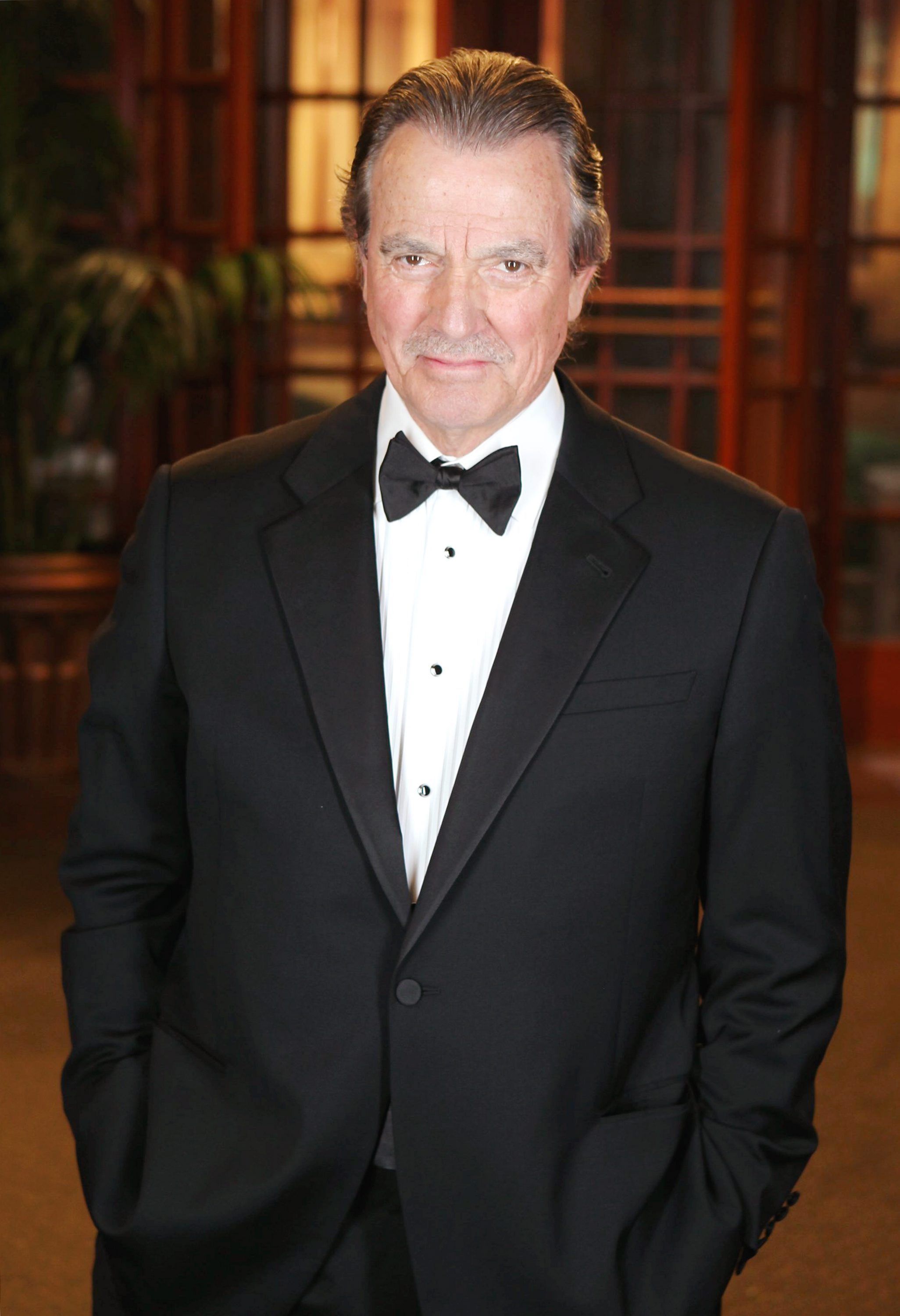 Whereas some people took up new hobbies during the global health crisis, Chris McKenna (who played Mark Harding on Y&R) got married! “We’re married!! Can’t keep it a secret any longer,” he exclaimed on Instagram. Introducing his wife as Lovisa McKenna, the actor added, “I’m so happy, so proud and so very deeply in love with this woman.” Congrats to you both!