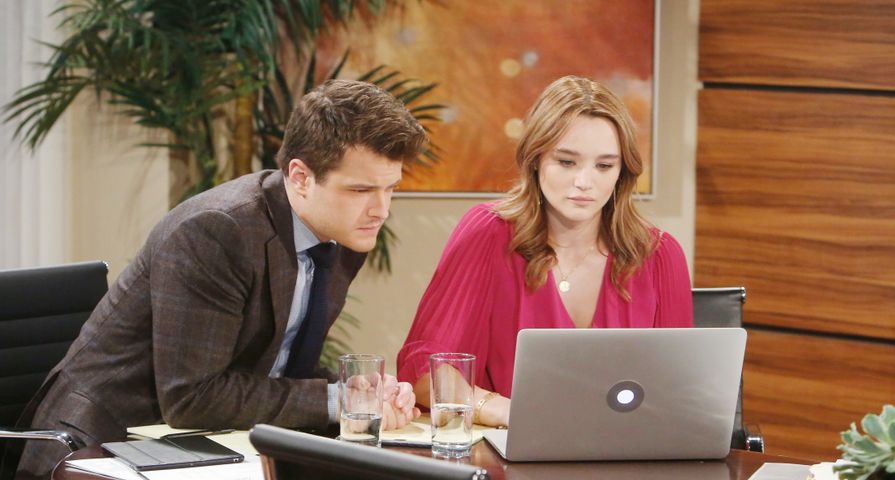 As if Skyle fans didn’t have enough to be upset about in recent weeks, Soap Opera Digest is reporting that both Hunter King (Summer Newman) and Michael Mealor (Kyle Abbott) will be exiting The Young and the Restless (Y&R).

According to sources on the set of the CBS sudser, the couple are leaving their roles because of fruitless contract negotiations.

“Protracted negotiations over King and Mealor’s contracts reached a stalemate,” an insider explained.

Although neither the actors nor the soap have made any statements to the contrary, there is a variety of circumstantial evidence that gives weight to the report.

Recent plot developments on Y&R could be construed as fail-safes by producers who anticipated thorny contract disputes with King and Mealor. King’s character, Summer, has just abandoned her engagement and relocated to Italy, which could serve as a temporary (or permanent) solution, should King exit the canvas. Mealor’s character, Kyle, while still in Genoa City, is at a crossroads in his personal life.

As Deadline reported in early 2020, King is set to star as Abigail Lansing in an upcoming ABC comedy called Prospect, but it’s currently unclear whether that second job contributed to the stalemate.

As per its policy, Y&R will not comment on cast contracts. Adding to the uncertainty, King and Mealor have both been silent on social media since the Daytime Emmys.

If true, this news will blindside Y&R viewers, who just watched this golden couple give emotional performances as they split up, thanks to the scheming of Kyle’s ex, Tara Locke (Elizabeth Leiner). Their onscreen relationship reached a climax at the end of June, with both King and Mealor thanking fans on social media for their storyline’s warm reception.

If this is indeed the end for Summer and Kyle, they went out on a high note.