Isabel Durant And Cameron Johnson Exit Days Of Our Lives 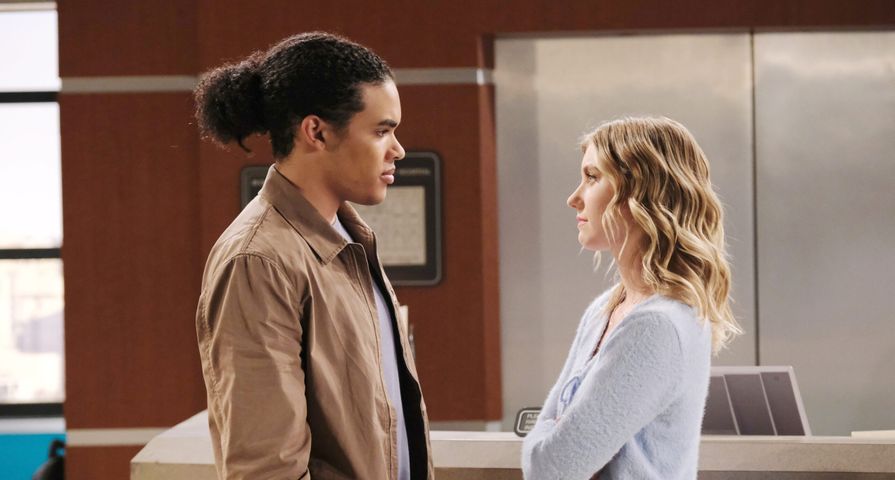 It’s been confirmed that Isabel Durant (who plays Claire Brady) and Cameron Johnson (Theo Carver) will exit Days of Our Lives (DOOL) later this week.

Soap Opera Digest reports that Claire will get an incredible offer that involves joining Theo on his return trip to South Africa. The two characters will leave Salem on the episode airing this Friday, August 20th.

Durant joined the cast in August 2020 as a recast, replacing actress Olivia Rose Keegan and overseeing the character of Claire as she turned her life around.

Unfortunately, Durant mostly played a supporting role to the popular pairing of Victoria Konefal (Ciara Brady) and Robert Scott Wilson (Ben Weston). During Konefal’s recent absence from the canvas, it appeared that Durant would get a romantic storyline with Wilson, but the return of Ciara sidelined her again.

“She’s been solid from the get-go, coming into this genre fresh and new,” Wilson told Soap Opera Digest. “She just did fantastic.”

As Wilson told Durant before she left, “‘You’re going to be getting a call in less than three months’. She’s a great actress so we’ll see.”

According to DOOL head writer Ron Carlivati, that phone call could be coming straight from him!

“She did an amazing job, but her story came to a natural conclusion and that’s the only reason we wrote her out,” Carlivati told the publication. “I would love to work with her in the future at some point if it ever came to be.”

As for Johnson, this isn’t the actor’s first DOOL departure. In his most recent return, Theo pivoted into an antagonist against Ciara and Ben’s romance. Many viewers were disappointed in his character’s trajectory, and felt that his motivations in this storyline were out of character.

As both Durant and Johnson announce their departures, it appears that nothing can stop the long-awaited Cin reunion between Ciara and Ben! Let’s hope Claire and Theo make triumphant returns in the future.