Greg Vaughan Returns To Days Of Our Lives 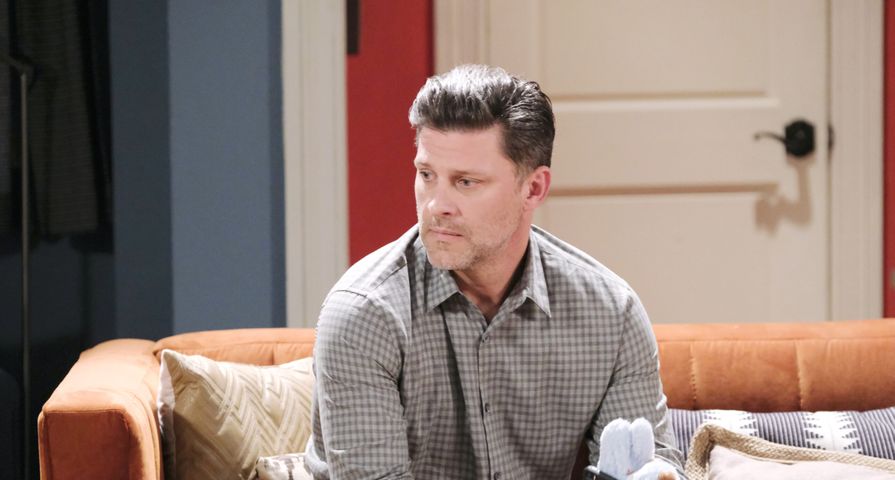 That was the cryptic idiom that Greg Vaughan offered up when he announced his departure from Days Of Our Lives in August, 2020. Less than a year later, the veteran soaps actor has made good on the promise of that phrase, as Vaughan is heading back to Salem!

A new NBC promo reveals that Vaughan’s character, Eric, returns from the Congo and resumes married life with his wife, Nicole (Arianne Zucker).

As DOOL fans know, Nicole was already a hot mess of regret over her one-night stand with Xander — and that was when she thought Eric would remain overseas for another three months. From what we see in the clip, Eric walks in the door to meet his overwhelmed wife. In a subsequent clip, Eric and Nicole are in bed together when Nicole appears anxious. Eric asks, “Something wrong?” Oh boy!

The Emmy winner’s return is a surprise for DOOL viewers who assumed that the role of Eric had been pretty much abandoned. Just last month, when Nicole received word that her husband would spend another three months in the Congo, fans saw that as a stalling tactic for show-writers to either quit the character altogether or recast him.

It’s even more surprising because when the former General Hospital and The Young and the Restless actor left the DOOL canvas, it didn’t sound like a temporary arrangement. The way he expressed it to Soap Opera Digest, Vaughan felt like “a glorified extra in everybody else’s storyline”.

“They put up a fight before they finally knew that I was not coming back,” he added. “It was time.”

Despite the finality of his stance at the time, it appears that the reasons Vaughan left are now being addressed. So, will he have words with Xander, or leave Nicole over her fling? Has he returned from the Congo a changed man, somehow? We’ll have to wait and see!