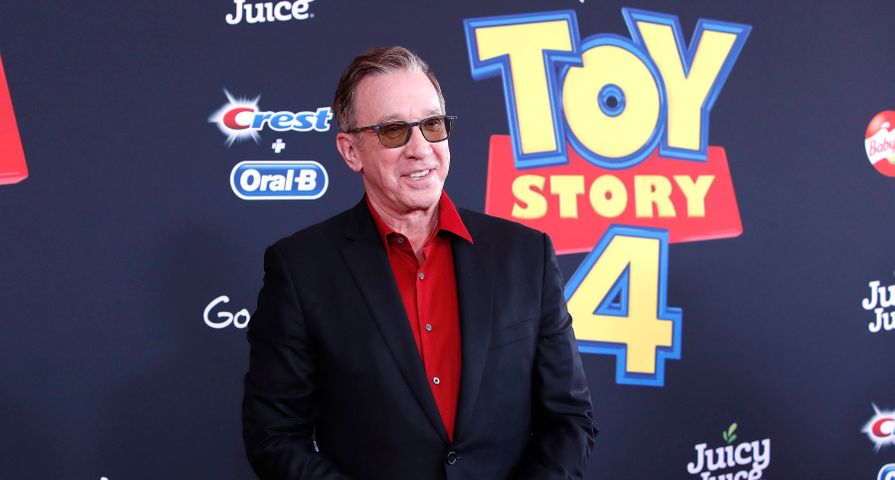 Tim Allen is one of the most beloved actors and comedians in Hollywood, and despite his success and popularity, he is rarely in the spotlight. From two hit television shows to voicing one of the most iconic animated characters in movie history, Tim Allen’s career in Hollywood has spanned decades and he shows no signs of slowing down. Although he has been around and on our screens for such a long time, get to know the man behind the jokes and the characters with these things you might not have known about Tim Allen:

Tim Allen has had many iconic roles over the years, but one of the biggest is the one you don’t even see him in. Since 1995, Allen has voiced Buzz Lightyear in Disney/Pixar’s Toy Story franchise and was even named a Disney Legend because of his voice acting work as the character. Before Allen became Buzz, the role was initially offered to Jim Carrey and then Billy Crystal who both turned it down. It turns out Allen got the role because director John Lasseter wanted the action figure of Buzz to be funny, and Lasseter also loved Tim Allen’s comedy. After showing some of Allen’s stand-up comedy to higher-ups at Pixar, they agreed Allen was the man for the job and he accepted. Allen dedicated so much to Buzz Lightyear that his performance actually changed the original character arc they had imagined for Buzz. Allen was so committed to Buzz as a character that after the first reading they decided to add that Buzz didn’t even know he was a toy, which of course became a major plot point in the first film.

Tim Allen has always been the kind of guy who can seemingly do it all, and that was a trait he developed well before Hollywood. Allen developed a love of both theater and classical piano while attending Seaholm High School in Birmingham, Michigan after which he went on to attend Central Michigan University. In 1974 he transferred to Western Michigan University where he worked at the radio station and graduated with a Bachelor of Science degree in communications and a specialization in radio and television production. On top of it all he also graduated with a double minor in philosophy and design.

With an impressive degree and interests in many different areas, it didn’t seem likely that Allen was headed towards Hollywood stardom when he left college, but even with a degree in radio and TV production, he couldn’t shake his talent for comedy. He didn’t start his career in comedy until he was 22 when on a dare from one of his friends he participated in an amateur comedy night at Mark Ridley’s Comedy Castle near Detroit. His obvious talent led him to starring in local television commercials and cable comedy series, launching his career in both acting and comedy.

Despite his knack for comedy and light-hearted charm, Tim Allen’s childhood had more than its unfair share of tragedy. Timothy Alan Dick was born on June 13, 1953 in Denver, Colorado to Martha Katherine and Gerald M. Dick where his mother worked in community service and his father was an insurance agent. Allen is the third oldest of five brothers, and in November 1964 when he was only 11 years old, his father died after he was hit by a drunk driver. Following his father’s death, his mother married her high school sweetheart who had three children of his own and Allen’s family moved to Birmingham, Michigan. “On a philosophical level, I’m very religious. I call myself an intellectual Christian. I’ve been seeking answers and information about Christianity, as well as Judaism, Islam, and Hinduism, since my father died, trying to explain life and death. My brother put it best a long time ago when he said, ‘You’re a lot more perceptive than I ever imagined,'” Allen explained of how he turned to religion following his father’s sudden passing.

In Hollywood it isn’t uncommon for stars to take things from the sets of films and series that are particularly important to them, and for Tim Allen Home Improvement defined his career. While most actors take little things to remember the show or film by, Allen confessed, “I’ve got the entire Tool Time set in my shop. The space shuttle crew did a show for us, and I have the letter from NASA. I’m a space freak, so that’s my favorite relic.”

While Tim Allen is a family man both on and off screen, he isn’t without a shockingly troubled past. In October 1978, three years after he officially began his stand-up career, Allen was arrested in the Kalamazoo/Battle Creek Airport for possession of over 650 grams of cocaine. Allen ended up pleading guilty to drug trafficking and in exchange for a sentence of three to seven years instead of life in prison he offered up the names of other high profile drug dealers. He ended up serving just over two years in a Minnesota prison. Reflecting on that difficult time in his life, Allen told Parade, “It’s not something I prescribe for anybody, but hitting bottom allows you to figure out what kind of person you are and whether you like that person. As I got older, especially after prison, I developed some self-esteem.”

Tim Allen certainly seems like a light-hearted easy-going man because of his humor and always seems at ease whether he is acting, interacting with fans or doing stand-up, but he revealed his comedy and humor is his coping mechanism after everything he’s been through. “I don’t want to be too philosophical about it, but comedy is my coping mechanism. It always has been. I don’t really like people that much,” he told Parade. “To keep them at bay, you make jokes, and they laugh and walk away.” Plus, life is complicated. “I’m not comfortable with what I think and feel half the time, so I don’t wanna share that,” he added. “I love families, I love women, I love gay people, I don’t have any opinion about that—me, personally. I love religion, so I’m gonna throw all this in. I’m trying to make people laugh. It’s a magic trick: ta-daaa!”

While Allen’s 1978 arrest is truly shocking, another surprised fans even more. In 1997, in the middle of the success of Home Improvement, Allen was arrested for drunk driving. In May 1997 he was driving his Ferrari 70 mph in a 40 mph zone and was found to be intoxicated. Considering his father was killed by a drunk driver, the incident was especially scandalous. Allen plead guilty to the charge and was sentenced to one-year probation and entered rehab. Now, the actor is completely sober. ““To be perfectly frank, I’m going on 21 years sober. That’s the biggest blessing in my life,” he told Parade. He stays in shape by eating healthy, hydrating, doing cardio and weights, stretching, and even meditating. “I can get myself so wound up in worrying or stress and I just gotta sit still,” he explained.

Tim Allen married his college sweetheart Laura Deibel on April 7, 1984. In 1989, they welcomed their daughter Katherine, but in 1999 after fifteen years of marriage the pair separated and finalized their divorce four years later. At the time of their separation the actor admitted that his focus on his career “let my family slide.” Following his separation from Deibel, Allen began dating actress Jane Hadjuk and the pair were married on October 7, 2006 in a small ceremony in Grand Lake, Colorado. In March 2009, they welcomed their daughter Elizabeth creating a twenty-year age gap between Allen’s two daughters.

In 1990, Tim Allen’s life changed forever in the course of only two days. At the time, he was still a stand-up comedian and got the call that his parole was officially over and he was a free man. The very next day he received a call from Walt Disney Studios chairman Jeffrey Katzenberg stating they wanted him to join the family with the opportunity to star in a new ABC series. Although they offered him the role in Home Improvement, they weren’t convinced of his ability to act because aside from some improv classes he hadn’t acted, so they sent him to acting coach David Reagal. Allen has admitted he was pretty sure they were testing him to make sure he could actually remember all of his lines, and has admitted that because of his lack of experience his acting range is “. . . strictly limited. I can only play a part if I can draw on personal experience, and that well can go dry pretty quickly.”

Despite having a self-proclaimed “limited acting range” there is no denying that Tim Allen has done really well for himself. His very first credited role came in 1988’s Tropical Snow as a baggage handler, of course followed closely by the role of Tim Taylor in Home Improvement from 1991-1999. Since then he has starred in The Santa Clause, Jungle 2 Jungle, and of course Toy Story. Most recently he has starred in Last Man Standing where he makes a reported $235,000 per episode. All together he now has an incredible estimated net worth of $80 million.

He might have $80 million, and countless hit roles, but in the end Tim Allen is just a simple man who likes to live a quiet life with his family. “I can’t believe I say these kinds of things,” he told Parade. “Because when I was a kid, I’m doing everything I said I’d never do! But theater and golf, that’s what we like to do.” He also likes to take family vacations to their home in Michigan to get away from Hollywood.