Things You Might Not Know About Samuel L. Jackson 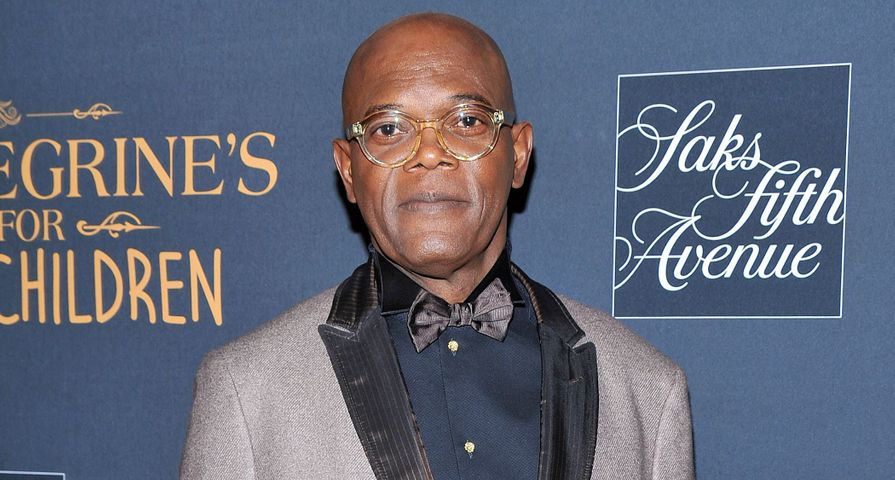 Samuel L. Jackson is a man who needs no introduction in Hollywood. Over the years he has been cast in some of the most iconic roles in the biggest films in the industry and as such has become one of the most respected and sought-after actors out there. While many know him through his various roles, there is so much more to the star and his life than most know about. From his famous connections, to how he got his start, and the trouble he had in his youth, here are some things that are not widely known about Samuel L. Jackson:

It is nothing new for any celebrity or anyone for that matter to be a huge fan of golf, but unlike a lot of other people, Samuel L. Jackson’s status allows him to get the best golfing experiences he can. Since it is his biggest hobby, and he has a lot of sway, the actor has now worked it into his contracts that no matter where a filming location is, he will always have easy access to a golf course.

Despite not being famous yet, Samuel L. Jackson had some very iconic connections early in his life. In 1968, after the assassination of Martin Luther King Jr., Jackson not only attended the funeral but he was actually one of the ushers. Afterwards, he immediately flew down to Memphis where he joined an equal rights protest march.

Samuel Leroy Jackson was born on December 21, 1948, in Washington D.C. to Elizabeth and Roy Henry Jackson. Jackson was an only child and grew up in Chattanooga, Tennessee, and was raised by his mother and his maternal grandparents. The actor revealed his father lived in Kansas City and he only met his father twice in his whole life before he died from complications due to alcoholism. Growing up, Jackson struggled with a stutter and the word “motherf–ker” is what helped him overcome the speech impediment. According to Jackson, it still helps him control his stutter which comes back on random days. “I do that. Every day I say it and it helps, like even if I just say it to myself, under my breath. I don’t stutter when I say that word.”

At first, Jackson had no interest in acting and switched his major twice before settling on drama. He quickly found his passion for acting and began his career in plays before moving into TV films and made his feature film debut in 1972’s Together for Days. Despite getting into on-screen acting, he once again moved to New York in 1976 and returned to starring in mostly stage plays. He slowly built up small roles in major films until landing his personal breakout role in 1994’s Pulp Fiction.

After the assassination of Martin Luther King Jr., Jackson became very involved in the Black Power movement and was a driving force behind many protests and marches of the movement. According to his mother though, as his prominence in the movement became greater, she was warned by the FBI that if Jackson continued with the movement he would “die within a year.” As a result, she forced him to move to L.A. for some period of time.

Due to his laid-back nature, extreme success and ability to stay out of the headlines, many fans are surprised to learn that Jackson developed a pretty serious drug addiction early on in his career. In the ’70s, the actor began abusing alcohol and cocaine, and it became so bad, he had to be removed from two plays he was starring in as they moved into Broadway. Eventually, he began using heroin, and actually overdosed several times before giving it up because he preferred cocaine. Eventually in the early ’90s, Jackson went to rehab thanks to his wife and daughter, saying, “They found me passed out on the floor after I left somebody’s bachelor party and put my a– in rehab the next day and supported me and pushed me and give me a reason to get up and go and chase it day after day.” Fresh out of rehab, Jackson took on the role of a crack cocaine addict in Jungle Fever, but instead of it being a problem, he said it was “cathartic.”

After graduating from high school, Jackson’s goal was to pursue a degree in marine biology and he went on to attend Morehouse College in Atlanta, Georgia. While there, the burgeoning actor got himself into trouble when he was expelled for locking out some board members which included none other than Martin Luther King Sr in 1969. Jackson has said that he and other students did those protests as a way of demanding changes be made to the curriculum of the school and wanting more black people on the governing board of the college. While the board members gave in and agreed, Jackson was still expelled and convicted of unlawful confinement. After two years, however, he was allowed to return and actually graduated from Morehouse in 1972 with a Bachelor of Arts in drama.

Although Jackson made strides very quickly in stage acting, it took a surprising amount of time before he became a full-fledged leading star. While fans are well aware of his early roles in films such as School Daze, Coming to America, Goodfellas, Patriot Games, and Jurassic Park, he had another job few know about. For a few years, Jackson worked as the stand-in for Bill Cosby on The Cosby Show. Of the job, the actor has said, “I was the right height, and I was the right skin tone. We did the blocking, while they did the camera choreography because it was a three-camera show. For two to three years, they would pit his crazy sweaters on me!”

Samuel L. Jackson may be a major movie star, but he hasn’t let it affect his relationship. Unlike many celebrities, Jackson has been a longterm relationship since before he was famous. While in his early 20s Jackson met LaTanya Richardson while they both attended Morehouse College, and in 1980, the pair married. In 1982 they welcomed their only child, a daughter named Zoe.

Although Jackson did not really have an interest in acting early on in his life, it is safe to say he has found his calling. Since making his on-screen debut in 1972’s Together for Days, the actor has now racked up an incredible 175 acting credits to his name. In 2011, Jackson even became the highest-grossing film actor of all time and is the second highest all-time box office star, which adds up to a very impressive personal net worth of $220 million.