Home » Entertainment » Celebrities » Things You Might Not Know About Jason Momoa 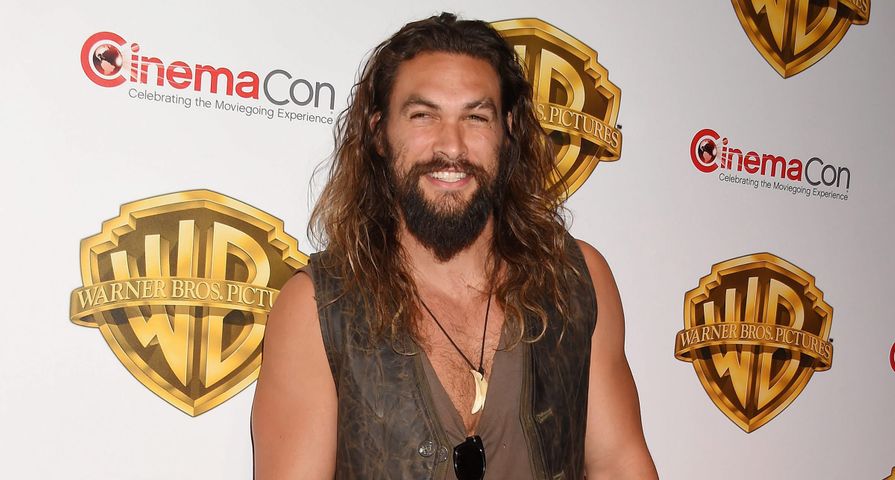 Jason Momoa has been in Hollywood for quite some time, but it seems just now his star is really taking off. Following his role as Khal Drogo on Game of Thrones, the handsome actor has been tapped to play a much more menacing Aquaman than what fans are accustomed to for several upcoming DC Comics’ films, but Momoa is about as far from a typical celebrity as someone can get. Due to his huge physique and booming voice, the actor comes off as much more intimidating than he really is, and because of his aversion to the spotlight, there is a lot to know about him! Here are 10 things you didn’t know about Jason Momoa:

At 6’4″ and in incredible shape, it should come as no surprise to anyone that Momoa prefers any hobby that includes being physically active. He is known for his love of sports, especially surfing, as well as extreme sports like mountain biking and rock climbing. Aside from sports, the actor is much more than just brawn; one of his favorite activities which he also likes to share with his children is painting and loves to learn new arts including music. “I play the guitar and drums and I’m learning the piano with my daughter,” he revealed in an interview.

Aside from his height, hair and deep voice, one of Momoa’s most recognizable physical traits is the scar above his left eye which is rarely if ever covered up by makeup departments for roles. After much speculation to how he got the scar, the actor finally revealed that back in 2008 he was actually involved in a bar fight in West Hollywood. During the fight he was attacked with a broken pint glass and after taking the blow to he head, Momoa had to get 140 stitches and some reconstructive surgery. Despite the scar, Momoa has said he doesn’t mind it because it finally ruined his “pretty boy” image that had been hanging over him for years. “If anything, it’s like, ‘Good.’ It’s not my thing now,” he said of being the “pretty boy.”

Joseph Jason Namakaeha Momoa was born on August 1, 1979 in Honlulu, Hawaii, to Coni and Joseph Momoa. As an only child growing up, his mother worked as a photographer and his father was a painter. When he was still young, Momoa’s parents split and his mother moved to Norwalk, Iowa, where he was raised. After high school, he had no plans to become an actor and went to college in Iowa to study marine biology but eventually transferred to wildlife biology at Colorado State University. He never finished his degree, as he chose to travel and went back to Hawaii in an effort to reconnect with his father.

With his breakout role being as a sexy lifeguard on Baywatch, it shouldn’t be surprising that Momoa was actually a lifeguard in real life. While still a teen, he worked as a lifeguard and was so impressive that he became the youngest lifeguard in the history of the Gulf Coast. He was soon spotted by a modeling agency and in 1999 was named Hawaii’s Model of the Year. That same year he landed his very first role in Baywatch, but it wasn’t his lifeguard experience that they were interested in. Momoa said on his resume that he had modeled for brands like Louis Vuitton and Gucci which won him the part despite having no acting experience. Of landing his breakout role, Momoa said, “I was 19 and folding T-shirts in a surf shop. And I got chosen out of 1,300 people to play a leading role on ‘Baywatch Hawaii’. I didn’t even know how to act. It took me five years to get an agent after [that]. No one would take me seriously after ‘Baywatch’. I lived in the shadow of that for a long time.”

After not being able to land an agent, and being cast aside because of his Baywatch role, Momoa stepped away from Hollywood to travel and learn more about himself and the world. He traveled to Paris where he took painting lessons and spent time in Tibet where he became a Buddhist. In a very personal video for Carhartt, the actor explained, “I wanted to see the world climbing. I craved the road, the wild. Wanted to get out and explore it all. Camping, fires, playing music, telling stories…living in the dirt, eating crackers and sardines. I was a dirtbag, with not a care in the world. I packed up my life and put it on my back, free to wander everywhere from Tibet to France, Italy, Japan, everywhere USA. My travels made me a student of life. Somehow that path led me to a crossroads and at the end of that road, acting cornered me…she seduced me.”

5. Where You Have Seen Him

While there is no doubt that Khal Drogo was his biggest role before becoming DC’s newest Aquaman in both his own stand-alone movie as well as the Justice League films, Momoa is no stranger to the small or big screen. His first role came in 1999 as Jason Ionae on Baywatch from 1999-2001; unfortunately after the role, the actor said no one would take him seriously and he only had a few roles. In 2005, things got better when he was cast as Ronon Dex on Stargate: Atlantis until 2009. In 2011 all eyes were on him when he took over the role of Conan in the 2011 remake of Conan the Barbarian which was first made iconic by Arnold Schwarzenegger in 1982. He has since starred in Bullet to the Head alongside Sylvester Stallone and in shows such as The Red Road, Frontier and of course Game of Thrones.

Aside from the scar he suffered from a bar fight, Momoa has suffered many other injuries and in fact almost died on the set of Conan the Barbarian. Before filming even begun Momoa mentioned to his friend that he thought breaking his nose in real life would suit his character, but before he could say anything else, his friend punched him so hard in the face he broke his nose. When filming did begin, it turned out to be very physical and difficult and while some stunts left the actor bruised and sore, things turned dangerous when a horse Momoa was riding for a scene tripped and rolled and nearly crushed the actor. After getting back on to do the scene again, Momoa was thrown off again and that time broke some ribs.

Things You Might Not Know About Samuel L. Jackson

In the early to mid-2000s Momoa began dating his Baywatch co-star Simmone Mackinnon and in June 2004 they became engaged. Shortly after Mackinnon and Momoa split, the actor met his childhood crush, The Cosby Show actress Lisa Bonet and despite the actress being more than 10 years his senior, the pair began a relationship. In July 2007 the couple welcomed their first child, a daughter named Lola Iolani Momoa and later that year were married on November 15, 2007 and Momoa became a stepfather to Bonet’s daughter with ex-husband Lenny Kravitz, Zoe Kravitz. In late 2008, the two welcomed their second child, a son named Nakoa-Wolf Manakauapo Namakaeha Momoa.

Although both Jason Momoa and his wife Lisa Bonet are in the entertainment industry, they have made it clear they want to instill the importance of the earth and learning to their kids, not the media. Momoa often talks about how family, being a kind person and learning are some of his most important values and insists part of his struggle in Hollywood in his early years was because no one would see past his looks. “People are like, ‘Momoa’s got his shirt off again!’ It’s not funny,” he told the New York Post. “I grew up in the Midwest. I’m raised to actually think, to use my brain.” As such, Momoa and Bonet do not rely on technology and rarely let their kids watch TV as they live on a compound ranch where their kids run around barefoot and interact with nature and their farm animals. Back in 2011 the actor was asked about what he watches and said, “A lot of people ask that question, ‘Do you like TV?’ and we don’t actually own a TV. People normally have a cell phone, they have email, they have computers, they have a TV. And I don’t have any of them. In these times that’s considered barbaric to a civilised world.” In recent years it seems Momoa and Bonet have loosened their ban on technology and have said they enjoy a night on the couch watching Saturday Night Live from time to time.

While Jason Momoa never thought life would lead him to acting, he has embraced his role in the industry and even began his own production company called Pride of Gypsies. He started the business in 2010 and uses it to support artists and filmmakers so that they can tell their stories their way. “I have tons of amazing writers, friends, directors, actors… and we all go out and shoot movies. That’s what we want to do. We love to tell stories. Stories, at the end of the day, is what it’s all about. You sit by a fire. I can sit and list to Tom Waits tell me a story by campfire that’s better than any movie I’ve ever seen. I want to capture that.”