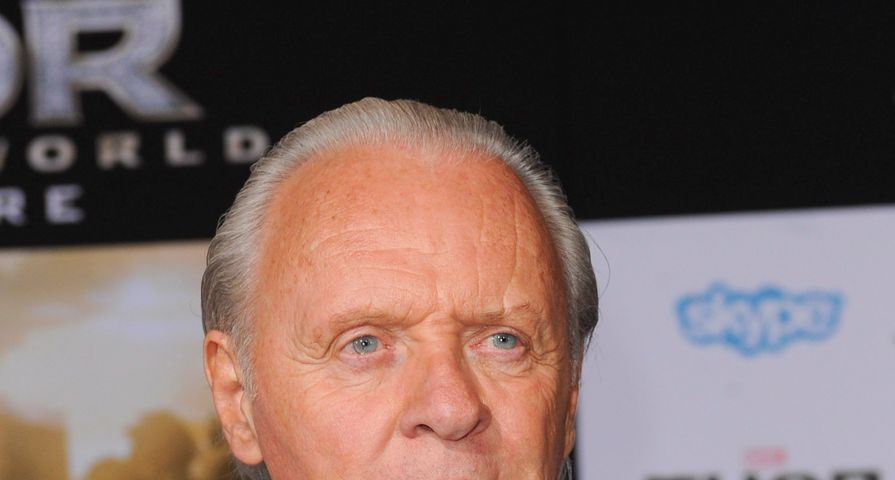 Anthony Hopkins is a living Hollywood legend and is one of the most respected and iconic actors of his generation. He has had a lot of ups and downs in the industry, and despite his success, has had a very love and hate relationship with his profession. Through more than five decades in the industry, fans have come to know quite a bit about the prolific actor, but there is so much more that is not known! Here are 10 things you probably didn’t know about Sir Philip Anthony Hopkins:

Although he has now become an extremely prolific actor, Hopkins has never minced words when discussing his displeasure for fame or sometimes other actors. Back in 1998, he famously stated that he wanted to give up acting in order to save his sanity. “Acting is bad for the mental health. I can’t take it anymore. This has got to stop. I have wasted my life. To hell with this stupid show business, this ridiculous showbiz, this futile wasteful life.” He added at the time, “I look back and see a desert wasteland. All those years spent in a fake environment. Everything was fake.” Despite these claims, Hopkins has continued acting and in 2016 he said, “Everyday I think about quitting and then they come up and offer me a job, and I say, ‘OK.’ Actors can’t say no.”

While Anthony Hopkins may not be completely satisfied with Hollywood life, he continues on with it and brings to every job an extreme work ethic which has made him well-known for his intense preparation for the roles he gets. Most notably, Hopkins is known for going over his lines hundreds of times which helps with his easy and smooth delivery but has also caused problems with directors because he hates rehearsals and prefers to try to get things right the very first time. Due to this, the directors themselves have had to step in for the actor during rehearsals and allow him to step in on the very last take, and most interesting, unlike many stars, he can’t remember his lines once he has done them, saying he “simply discards them.”

Philip Anthony Hopkins was born on December 31, 1937, in Margam near Port Talbot, Glamorgan. His parents were Annie Muriel and Richard Arthur Hopkins, who worked as a baker. Growing up, Anthony would help his family in the bakery and said he had a hard time fitting in with the other kids. “I was bullied as a boy – lots of kids are, but hopefully most of us get on with our lives and grow up,” he once said in an interview. At the age of 10, despite little interest in acting, he set his career in motion when he attended an amateur dramatics class at the local YMCA. “I thought to myself: ‘What the hell am I doing here?’ I had no interest in acting, no idea of what I was going to do in life, except probably follow my dad into his bakery. But I tried acting, liked it, and stuck with it. I saw it as the way I would keep that promise to myself of getting back at those who had made my school life a misery. There are times when I wondered if I ever would, though.”

One thing the actor readily admits is that he was not a good student in any sense, and school was a huge struggle for him. Of his time at school, Hopkins once said, “I was pathetic at school in Port Talbot. I don’t know if it was dyslexia or Attention Deficit Disorder, or just me being a problem child, but I sat in the back of the classroom and didn’t know what any of the teachers were talking about — I was bottom of the class at everything. And I was made to suffer.” Due to his lack of focus, his parents tried to instill discipline into him by sending him to Jones’ West Monmouth Boys School in Pontypool, after which he attended Cowbridge Grammar School, but never gave up on acting and in 1957 he enrolled at the Royal Welsh College of Music & Drama in Cardiff.

Anthony Hopkins has taken on a lot of work over the years and played many major characters, but there are a few big ones he had the opportunity to be a part of. One of the biggest franchises Hopkins has been rumored to almost be a part of is James Bond. He was reportedly one of the actors who auditioned for the villain in Timothy Dalton’s third film which went unmade, and then he was the number one choice for the villains in both 1995’s Goldeneye and 1997’s Tomorrow Never Dies, but never took the parts. Hopkins was also asked to portray Alfred Pennyworth in 2005’s Batman Begins, but turned the role down, and was also set to play Jor-El in 2006’s Superman Returns, but after director Brett Ratner left, he did as well.

Through hundreds of roles, it goes without saying that Hopkins’ most famous role has been as Hannibal Lecter. He first took on the role in 1991’s The Silence of the Lambs for which he won an Oscar for his performance. What many fans don’t know that at that point in his career, Hopkins had all but given up on a major Hollywood career, and had returned to Britain to return to BBC productions and plays. “I had said, ‘Well, that part of my life’s over; it’s a chapter closed. I suppose I’ll just have to settle for being a respectable actor poncing around the West End and doing respectable BBC work for the rest of my life.” Instead, his acceptance for the role of Hannibal Lecter saw a resurgence in his career in Hollywood that he hadn’t thought possible.

Unfortunately, like far too many actors, Anthony Hopkins has admitted that he had a problem with alcohol at one point in his life. According to Hopkins, he drank for about 15 years before realizing what a problem it had become, and two days before his 38th birthday, he made the decision to stop drinking. “I used to drink like a fish I smoked my lungs out, too. I used to go out with my father and we’d both drink quite heavily […] But you have a certain choice in life. You come to a certain age, you think: ‘Well, I don’t think this is too smart to feed the fuel tank with all this junk, so I better slow down or stop.’ I just thought, ‘Well, I have a choice here. Change or die. Grow or go,'” Hopkins said of his decision to quit drinking.

Over the years, Hopkins has been married three times. He first married Petronelle Barker in 1966 and the pair welcomed a daughter, Abigail Hopkins, in 1968 before splitting in 1972. He then married Jennifer Lynton in 1973 and the pair were married for almost 30 years before divorcing in 2002. Again, it didn’t take long for Hopkins to find love with antiques dealer Stella Arroyave and the couple married in 2003. During an interview in 2013, he joked about his wife, saying, “She’s a wonderful woman who likes to spend money and even as I am sitting here talking to you, is out spending my money. It’s all gone, whoosh. But she’s very good for me, my wife, because she slows me down.”

After so many roles, Hopkins has not escaped on-set injuries. In 1996, Hopkins was filming The Edge in Alberta, Canada, when he slipped and fell into an icy river. As a result, he had to be rushed to the hospital and treated for hypothermia. Years earlier in 1968, he had suffered another injury when filming The Lion in the Winter after the horse he was on spooked causing the actor to fall off and break his arm. Despite the injury, he continued filming even through the scenes where he had to raise his sword.

Like many big-time actors, Hopkins got his start on stage and after several years grew bored of the same nightly roles, and began his transition to on-screen work. He made his on-screen debut in 1960 with a part in the series, A Matter of Degree. Hopkins quickly added to his resume with roles in The Lion in the Winter, Hamlet, The Looking Glass War, and War & Peace. Now, he is one of the most well-known and diverse actors in the industry and has amassed an incredible 132 acting credits to his name. Thanks to his prolific career in Hollywood, Hopkins now has an extremely impressive estimated net worth of $160 million.