Home » Entertainment » Celebrities » Things You Might Not Know About Jackie Chan

Jackie Chan is one of Hollywood’s most beloved icons. From his do-your-own stunts style, original comedy and welcoming personality, there is no questioning why he has become so successful in the entertainment industry. Despite his millions of adoring fans, countless films, and even more philanthropic efforts, he has stayed largely out of the spotlight, and not a ton is actually known about the star. Since we are always wanting to know as much as possible about the best and biggest stars, here are 10 things you probably didn’t know about Jackie Chan:

For many fans, Rush Hour was one of Jackie Chan’s best and most hilarious films, but it turns out that it was one of his least favorite. “I have reasons to make each film, I have something to say. Unlike ‘Rush Hour’ there was no reason, you just give me the money and I’m fine. I dislike ‘Rush Hour’ the most, but ironically it sold really well in the U.S. and Europe,” he said of the popular 1998 film which spawned two sequels. 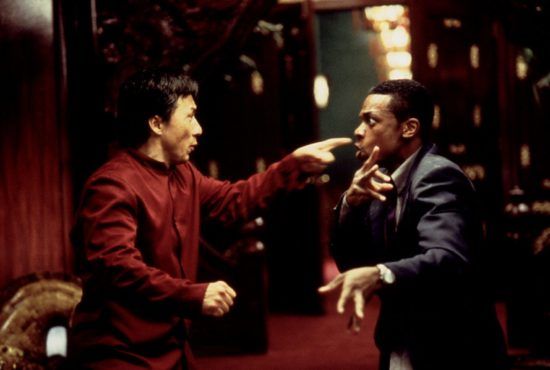 Jackie Chan is renowned in Hollywood for always doing his own stunts, no matter how dangerous and holds the Guinness World Record for the most stunts by a living actor. Over his many years of doing stunts he has broken many bones and has broken his nose four times alone. One of his worst injuries was when he fell out of a tree while filming The Armour of God and fractured his skull. The fracture caused blood to pour out of his ear, and although the injury was fixed, he now has a permanent plug in his skull because of the hole. 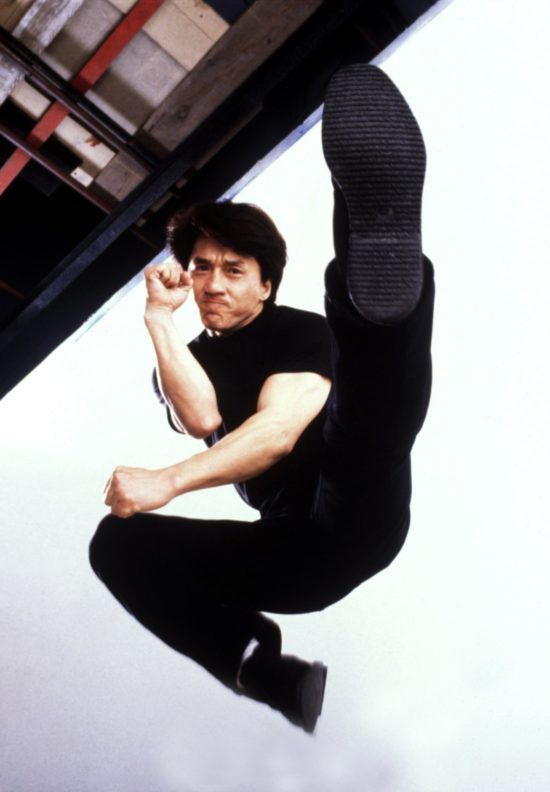 Jackie Chan was born Chan Kong-sang on April 7, 1954, in British Hong Kong to Charles and Lee-Lee Chan. Some reports indicate that he was actually supposed to be born in January and his mother was pregnant with him for 12 months before a doctor had to surgically remove him! Chan attended the Nah-Hwa Primate School on Hong Kong Island and he failed his first year, causing his parents to take him out of school. 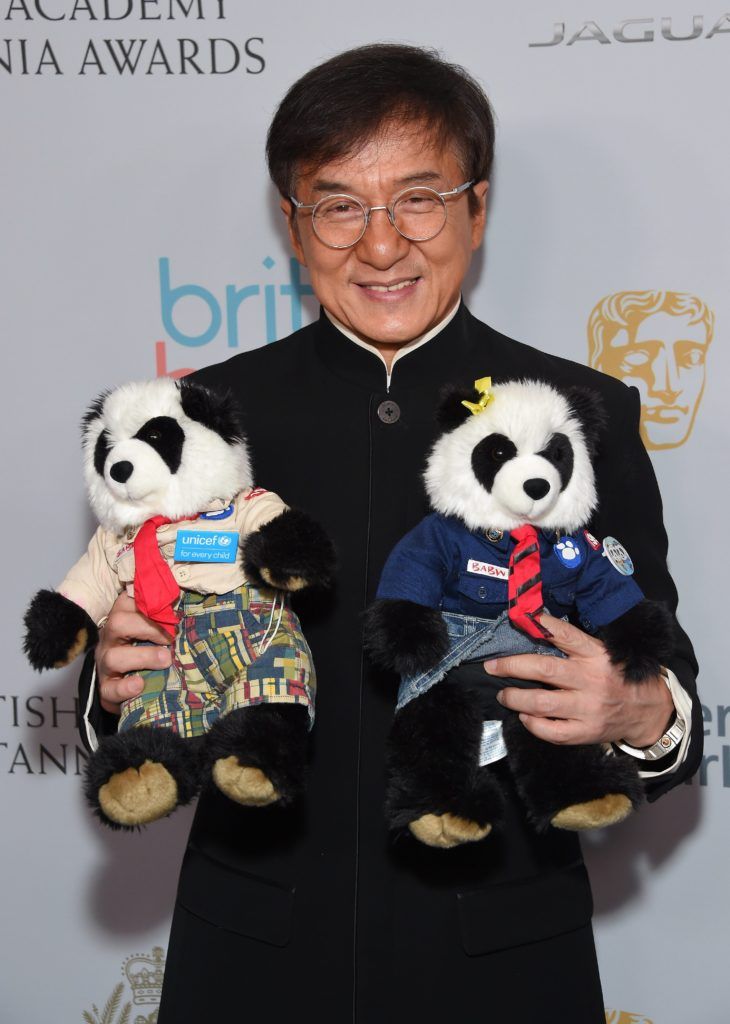 Jackie Chan has had a lot of nicknames throughout his life, but Jackie is one that has stuck best. After withdrawing him from school, his father moved to Canberra, Australia, in 1960 to work as the head cook for the American embassy and in 1976 Chan also moved to Canberra where he attended Dickson College and then began work as a construction worker. He worked under a senior worker named Jack, which earned him the nickname “Little Jack” and that quickly became Jackie. 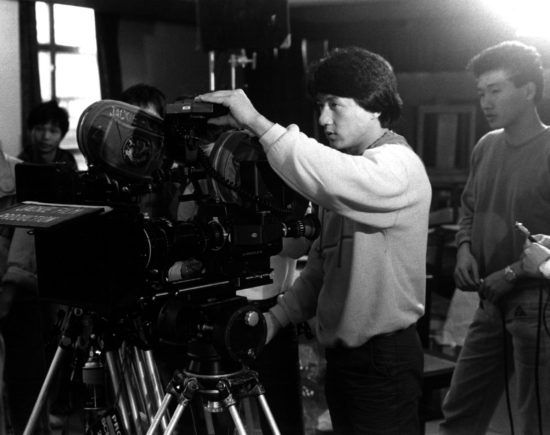 Of all of Jackie Chan’s amazing and incredible talents, one of the most surprising is that he is a trained singer. While still a child, Chan had vocal lessons at the Peking Opera School, the China Drama Academy, during which time his father moved to Australia. In the early ’80s, he began producing his first professional records and has since released 20 albums and has performed in Cantonese, Mandarin, Japanese, Taiwanese, and English.

Chan began acting when he was a child, and by 1971 was signed to Chu Mu’s Great Earth Film Company. While still a teenager he began work as a stuntman in Bruce Lee films including Fist of Fury and Enter the Dragon, and in the early 70s also landed his first starring role in Little Tiger of Canton. With his career failing to take off the way he had hoped, Chan actually ended up starring in the adult film All in the Family in which he appeared in his first-ever sex scene. Although he said he was not embarrassed by the film, he did not do another sex scene until 34 years later. Early in his career, many directors tried to make him into the next Bruce Lee, but his style was not the same, and Chan did not find success until one director let him have freedom over the stunts. 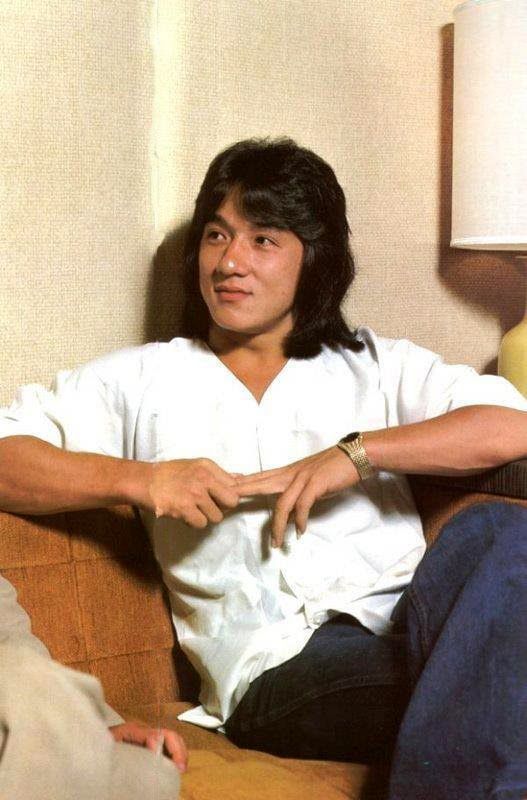 Thanks to Chan’s fame, talent and singing skills he has also done some lesser-known work in animated films. Chan voiced the character of Shang in the Chinese version of Disney’s 1998 film Mulan and also performed the hit song “I’ll Make a Man Out of You” for the film and the Chinese soundtrack. For the U.S. version, the voice was done by B.D. Wong and the singing was done by Donny Osmond. Similarly, for Disney’s Chinese release of Beauty and the Beast, Chan provided the voice and singing for the Beast. 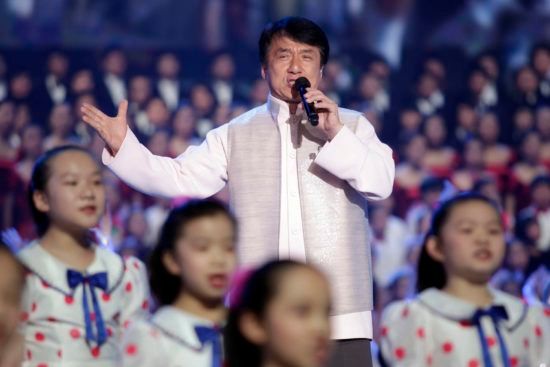 Jackie Chan is also one of the few major celebrities to have a long and lasting marriage. In 1982, he married Taiwanese actress Joan Lin. That same year the couple welcomed their son Jaycee Chan. Chan has always been quiet about his personal life, but in 1999 former Miss Asia and actress Elaine Ng Yi-Lei stated that she had a daughter as the result of an extra-marital affair with Chan. There has never been any confirmation that the daughter is Chan’s and Elaine decided to raise the girl alone. As for personal accomplishments, Chan is fluent in Cantonese, English, Mandarin and American Sign Language, but can also speak some German, Korean, Japanese, Spanish and Thai. 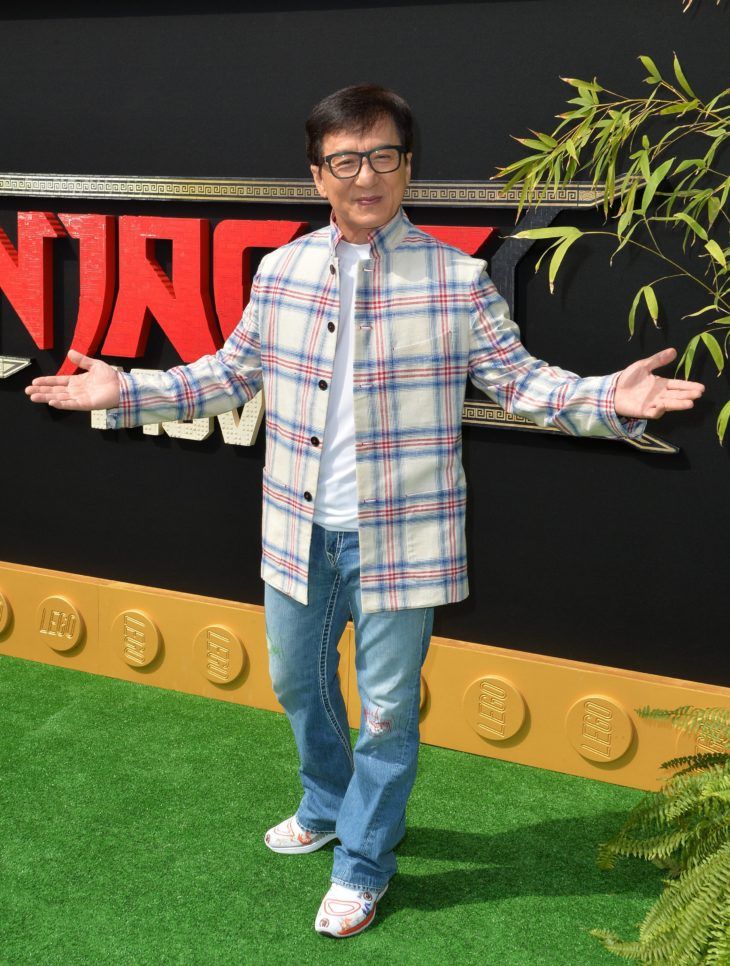 Chan’s professional career now spans five decades and includes not only acting, but singing, directing, and producing. He has received stars on both the Hong Kong Avenue of Stars and the Hollywood Walk of Fame, and has more than 130 acting credits to his name. His incredible success has made him a living legend, and he has the net worth to back it up! Thanks to all of his continuous hard work, Chan has an estimated net worth of $350 million. 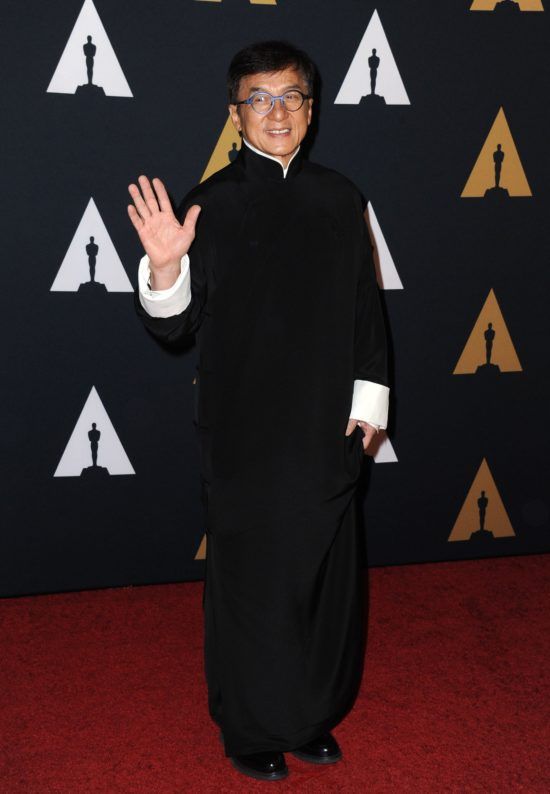 Jackie Chan may be a very kind celebrity, but it seems he is a harsh father. With such a huge fortune, Chan has said that he will not be leaving any of it to his son Jaycee because of the way his son has chosen to live his life. In December of 2014, it was revealed that Jaycee was facing six months of jail time for “sheltering others to take drugs.” As one of China’s spokespeople for the National Anti-Drug Committee, Chan was horrified about his son’s actions, stating, “Regarding this issue with my son Jaycee, I feel very angry and very shocked. As a public figure, I’m very ashamed. As a father, I’m heartbroken.” After Jaycee was released from jail, Chan admitted that he thought it did his son good, and it also gave him time to reflect. Chan now wants to work with his son and try to help him and lead him to a better life, and was hoping to find a movie they could do together and hoped his son would also sing a duet with him. “Before, I was too Chinese, traditional — you, son go away, I don’t want to help you, you have to help yourself. I say why am I so stubborn? I have to help my son,” the actor said after his son’s release. 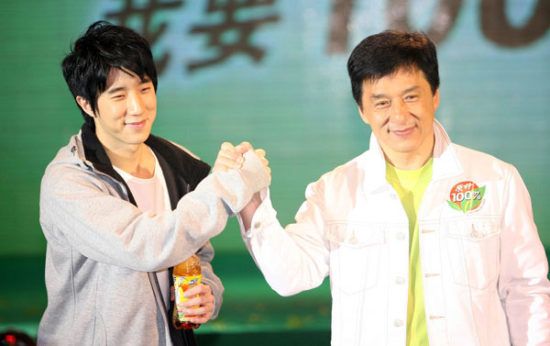