Things You Might Not Know About ‘Wonder Woman’ Star Gal Gadot 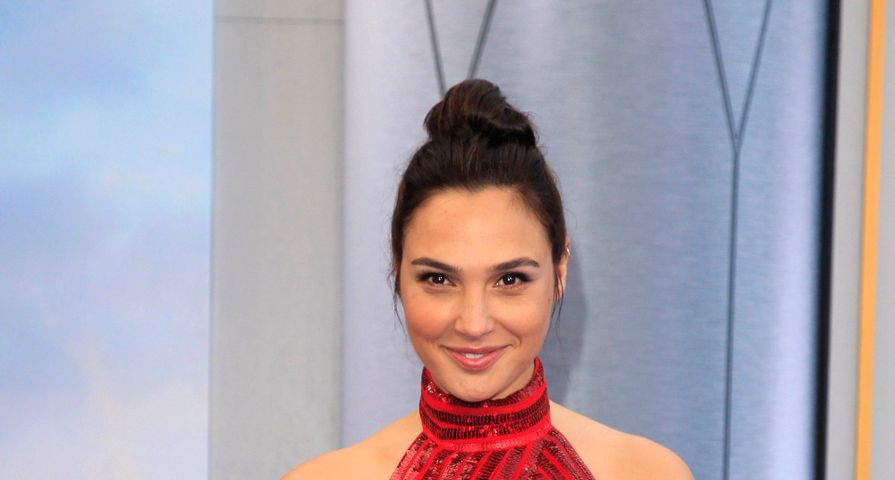 The superhero movie genre may have exploded in recent years but June, 2017 brought us something superhero fans had been waiting for for decades — a stand alone Wonder Woman film. Unsurprisingly, the movie has done phenomenal and at the forefront is stand-out star Gal Gadot, who was only seen briefly in the role in Batman v. Superman. Now, headlines are buzzing about the stunning and talented and actress, so we dug up everything you need to know about the new and fantastic, Wonder Woman. Here are 10 things you didn’t know about Gal Gadot:

Before she was Wonder Woman or even an actress, Gal Gadot was crowned Miss Israel in 2004 at only 18 years old. Gadot revealed it was because of her mother she even got involved in the pageant, but never thought she would win.  “I was 18, I just graduated high school, and I had some time in between going to the army. My mom figured ‘Hey, why don’t I send your photo, you finished school and this like a proper pageant.’ I got in and I never thought I would win and then I won and then it scared me.” Gadot has also now revealed that the beauty pageant world was not for her so, although she had to go to Miss Universe to represent Israel, she intentionally sabotaged herself to ensure she didn’t place. “I was shocked when they crowned me; when I went to Miss Universe, I rebelled. I was afraid I might get picked again. I showed up late. I came without gowns. They tell you to come to breakfast in a gown. I was like, ‘No way am I having breakfast in a gown!’ Who needs to wear an evening gown at 10:30 A.M.?”

Gal Gadot was born in Petah, Tikva in Israel to Irit and Michael Gadot and was raised in the nearby city of Rosh HaAyin. The name Gal Gadot translates into Wave Riverbanks, and her parents later welcomed another daughter, Dana. Growing up, Gadot had no interest in acting but did well in school, particularly biology, and excelled in sports, especially basketball because of her height.

In Israel all residents are conscripted into the Israeli Defense Forces, so like everyone else Gadot joined the IDF following her Miss Israel win and served two years. Like most Israelis, Gadot had no problems being in the army, telling People, “Part of being Israeli is to go to the army. All my friends went, my parents went, and my grandparents went.” During her two year service, Gadot trained soldiers in sports combat particularly in gymnastics and calisthenics, and said that “The soldiers loved me because I made them fit.”

While her time as Miss Israel opened doors into the modelling world, Gadot had no intention of pursuing a career in modelling or acting and after her time in the army she went to university to study law and international relations. While in school a casting director saw her photo on the wall of her modeling agency and wanted her to audition for a role in the James Bond film Quantum of Solace, but she wanted no part of it. “No way, ‘I’m studying law and international relations. I’m way too serious and smart to be an actress, and besides, the script is all in English,'” Gadot said of her response adding that although she could speak English, she wasn’t completely comfortable with it. Despite her initial reservations she ended up auditioning and although she lost out to Olga Kurylenko, she did end up landing a role in 2009’s Fast & Furious, officially launching her acting career.

Since it was her military training that helped her land the role of Gisele in the Fast and Furious franchise, there was no way Gadot was not going to perform her own stunts. “All of the stunts on Fast Five and six, I have done myself and on Fast 6 we went crazy with all the action moves. The adrenaline was just incredible and I enjoyed being able to do all the stuff that in real life you can’t.” When working on the films, she also said, “I want to have gunshots, I want to fly up in the air, on the motorcycle, whatever. I want to do it all, by myself — no stuntwoman.”

After appearing in films like Fast & Furious, Date Night, Knight and Day, Fast Five, Fast & Furious 6 and Furious 7, Gadot wasn’t having any problems finding roles in Hollywood, but landing Wonder Woman was a much different story. “I was in this weird career phase, going back and forth from Tel Aviv to Los Angeles for auditions. I kept getting pretty far—multiple callbacks, camera tests—then it would be a no. Over and over. I was like, ‘God, Yaron, maybe I should quit.’ Then my agent called and said Warner Brothers wanted to audition me for something.” Although we now know it was for Wonder Woman for the DC’s new Justice League movie, Gadot had no idea what she was auditioning for. “When I auditioned for Batman v Superman: Dawn of Justice, I didn’t know it was for Wonder Woman. The director, Zack Snyder, asked me to do a camera test. That was torture. They were looking at six or seven girls, and we were all in separate trailers and were told to stay inside until they called us. Waiting is my enemy Number One, and I was losing my mind. So, I decided to put on Beyonce. Who runs the world? Girls! I just started to dance, and I let my anxiety go. Thank you, Beyoncé!”

Through all the struggles of fame and now being Wonder Woman, Gal Gadot has always had one man by her side — her husband, real estate developer Yaron Varsano. The pair first met back in 2007 and have been together ever since. “Oh, he’s the best man. We met nearly 10 years ago through mutual friends at this very strange party in the Israeli desert. It was all about yoga, chakras, eating healthy…we didn’t exactly find ourselves there, but we found each other,” she told Glamour. Although she wasn’t sure he was “the one”, Varsano knew it was meant to be. “I think I did, but I was too young to get it. He did! He’s 10 years older than me. He told me on our second date he was serious and wasn’t going to wait more than two years to ask me to marry him. Fast-forward two years; he proposed,” Gadot explained. The pair were married on September 28, 2008 and three years later welcomed their first daughter, Alma, in November 2011. They recently became a family of four, however, when Gadot gave birth to their second daughter, Maya, in March, 2017, confirming she had been five months pregnant during reshoots for Wonder Woman.

While the phenomenal success of Wonder Woman is certainly something to be proud of, it seems Gadot and her husband were doing very well for themselves outside of Gadot’s blockbuster film. As a real estate developer, Varsano and Gadot owned the luxury Tel Aviv hotel The Varsano which they sold in 2015 for a whopping $26 million. The buyer was Russian billionaire Roman Abramovich, who planned to turn the enormous hotel into his private Israeli home.

Although Wonder Woman has dominated the box office despite initial skepticism about Gal Gadot because she was the first non-American woman to play the role, her nationality did create some controversy. In late May, 2017, right before Wonder Woman was set to hit theaters, Lebanon officially banned the movie because Gadot is Israeli and served in the Israeli army.

As an in-demand actress working on some high-profile films, Gal Gadot has revealed she battles with mom guilt. She explained that after she had her first daughter many things changed, but mostly her priorities. “I started to choose my battles better. The Jewish guilt I feel about being a working mom is the hardest thing,” she said. She added that she has gotten better at dealing with those feelings. “When Alma was around two, I was really anxious about how to travel with a child, moving her from one country to the other, all the different languages. It was my husband who told me: ‘Gal, think about what kind of a role model you want to be. If you want to show Alma that she can follow her dreams, that’s what you should do, and we will figure out the logistics.'”