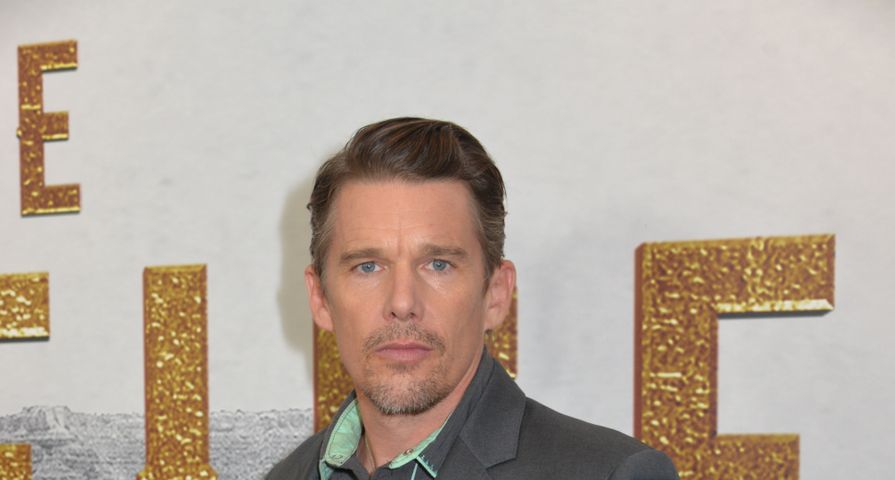 Ethan Hawke is one of those elusive stars who continues to work but is skilled at staying off the radar and out of the spotlight. After his breakthrough role in Dead Poets Society, the actor has had a successful career and gained himself a large and loyal fanbase of loving fans. Although he has been around for quite some time, he has made it very clear he has never wanted fame and has pretty harsh criticisms about some of the movies and stars around him. Get to know him even better with these 8 widely unknown facts:

Ethan Green Hawke was born on November 6, 1970 in Austin, Texas. His parents, Leslie and James, were high school sweethearts who married at 17 and welcomed Ethan at 18 and were both studying at the University of Texas at Austin when he was born. When he was only three his parents separated and he was raised by his mother. At a young age Hawke became interested in writing and acting, but always wanted to focus on a career in writing. After high school, he studied acting at Carnegie Mellon University in Pittsburgh, but dropped out to star in the Dead Poets Society. Afterwords he enrolled in New York University’s English program, but dropped out again to pursue acting.

Ethan Hawke is a pretty distinctive actor; however, like many stars fans get confused about just which celebrity he is. Of all the stars, Hawke has admitted that he is most often mistaken for Mark McGrath, the lead singer of the band Sugar Ray. He gets mistaken for McGrath so much that he will actually sign autographs as “Mark McGrath,” and since the same thing happens to the singer, he will sign autographs as “Ethan Hawke.”

Back in 1994, Julia Roberts and Ethan Hawke caused a commotion when the two burgeoning Hollywood stars stepped out together for a night of dancing and drinking, all while Roberts was still married to Lyle Lovett. While there was nothing going on between the two, years later Hawke stated in an interview that he thinks Julia Roberts is responsible for a “change in acting”: “I call it the Julia Roberts School of Acting. It’s an excess of competence. She’s got all these imitators, and they just basically get on screen and smile. The idea is, smile and say your line. And Julia Roberts herself – well, that’s one thing. But she has a ton of pupils who get on screen and basically just smile. And their smile is so winning, and so wonderful, that you say, ‘I like that person’. And it drives me crazy, because the point of performance is not to be liked. My grandfather’s a politician, and he can never understand. He says, ‘You’ve got to stop playing these people no one would ever like!’ But my job is not to be liked. It’s to make interesting things. I want to actually do something, rather than just be me on screen. Julia Roberts does something with it, but all her imitators. It’s like the imitators of Raymond Carver, that generation of writers copying him, I guess: it looks simple to them and they copy it, but they’re missing the thing that made it special.”

After getting his breakout role in Dead Poets Society in 1989, Hawke’s career took off and he quickly became a household name. Over the years he has starred in many hit films including Reality Bites, Before Sunrise, Training Day, The Purge, and the Magnificent Seven. Along with his work outside of acting, Hawke has made an incredible estimated net worth of $55 million.

4. Not Just an Actor

Although he ended up pursuing and becoming quite successful in acting, Hawke never gave up on his dream of writing and has also become a successful novelist. Back in 1996 he published his first novel, The Hottest State. Eight years later he released his second novel Ash Wednesday which made the New York Times Best Seller list. He has also done some directing and actually directed Lisa Loeb’s music video for “Stay (I Missed You)” which was one of the most popular music videos from the ’90s.

Aside from his professional work, the actor is well known for his high-profile romance with actress Uma Thurman. The pair met on the film set of Gattaca in 1996, and then married on May 1, 1998. Together they welcomed a daughter Maya in 1998 and a son Levon in 2002 before separating in 2003, and finalizing their divorce in 2005. In 2008, Hawke married his children’s former nanny Ryan Shawhughes, and together they have welcomed two daughters, Clementine in 2008, and Indiana in 2011.

Of course, the fact that Hawke married his children’s former nanny raised quite a few eyebrows. At the time of his split from Thurman, rumors swirled with allegations of infidelity on his part, but not just with Ryan. Hawke was connected to Canadian model Jen Perzow on the set of his film Taking Lives, and after his marriage to Ryan, Hawke said, “There were never any scandalous thoughts or actions back then. In the years that followed, my marriage disintegrated due to many pressures, none of which were remotely connected to Ryan. I know people imagine some kind of Sound of Music type love affair, but the truth is by the time Ryan and I were falling in love, it had been a long while since I had employed her.” Despite this, Hawke has had some strange words about extramarital affairs, including, “Sexual fidelity can’t be the whole thing you hang you relationship on.”

Over his years in the industry, Hawke has worked with some big name actors and actresses including Robin Williams, Winona Ryder, Ben Stiller, Uma Thurman, and Denzel Washington, just to name a few, so his favorite co-star of all might be a little surprising. Hawke has said that so far his favorite co-star has been the half-breed wolf named Jed from 1991’s White Fang.