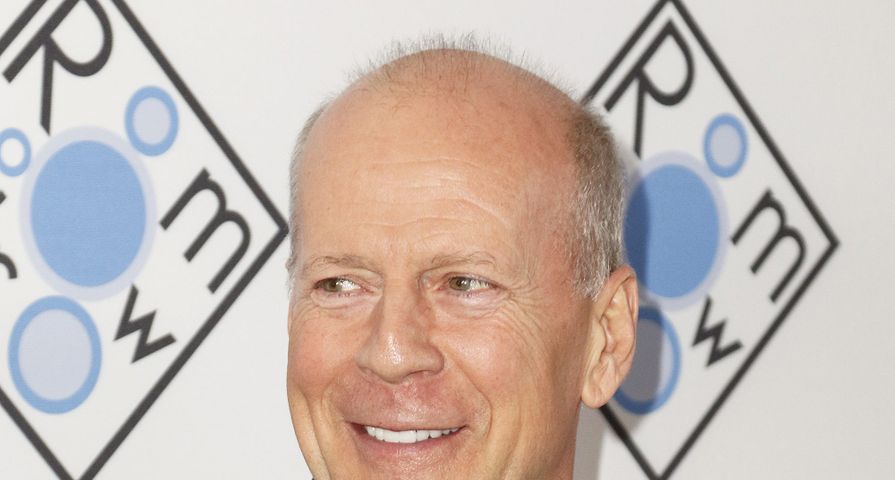 Bruce Willis is an iconic actor who has starred in some of the biggest action films in the past few decades. After being in the industry for well over three decades, he has lived much of his life in the spotlight and gained a large and passionate fanbase over those many years. Despite his incredible career and time at the top of Hollywood’s A-list, there is still a lot about the star that many of his fans do not know! Check out 10 things you never knew about Bruce Willis:

Bruce Willis has had a lot of accomplishments over the course of his notable career in Hollywood, and he can also add being the first star to ever “act” in a video game. After starring Armageddon, Willis was offered the chance at appearing in the video game Apocalypse on the Sony PlayStation. He was originally supposed to be the main character’s sidekick but instead he got the leading role. No actor before had ever done the voice work and had their likeness and movements digitally recreated for a character without there being a preexisting film first.

Bruce Willis’s early career included Off-Broadway roles, TV appearances, commercials and most surprisingly a singing career. In the late ’80s, he recorded a pop-blues album called The Return of Bruno. Despite not being the best album, his second single which was a version of the Drifters song “Under the Boardwalk” actually reached no. 2 on the UK Top 40. He has since appeared on other tracks including the Rugrats Go Wild soundtrack in 2003.

Walter Bruce Willis was born on March 19, 1955 in Idar-Oberstein, West Germany to David and Marlene Willis. His father was an American soldier who met his mother while in Germany. Willis has three siblings, a sister Florence, brother David, and another brother Robert who passed away from pancreatic cancer in 2001. When Willis was two years old his father was discharged from the military and the family moved to New Jersey where he went on to attend Penns Grove High School where he joined the drama club and became student council president.

After graduating from high school, Willis had interest in acting but didn’t know how to get his career off the ground. He ended up working as a security guard at the Salem Nuclear Power Plant and transported crews from the DuPont Chambers Works factor in Deepwater, New Jersey. He then became a private investigator and eventually enrolled in the Drama program at Montclair State University but dropped out in his junior year. He moved to New York City to fully pursue acting and supported himself by working as a bartender at a bar called Kamikaze.

In his early childhood, Willis developed a severe stutter and struggled with it for years which meant years of enduring bullying from his peers. He soon found that acting helped him control his stutter and continued to try to make it better by reciting poetry in front of his mirror. “I had a terrible stutter. But then I did some theater in high school and when I memorized words, I didn’t stutter, which was just miraculous. That was the beginning of the gradual dispelling of my stutter. I thought I was handicapped. I couldn’t talk at all. I still stutter around some people now,” he said in a 2013 interview with GQ.

With 109 acting credits to his name Willis is widely recognized for numerous roles, but none have been more popular than his iconic portrayal of John McClane in the in Die Hard franchise. Since 1988 he has taken on the role through five films and even did almost all of his own stunts in the films which resulted in some permanent injuries. When asked in an interview what is “most unappealing habit” is he responded, “Due to an accident on the first Die Hard, I suffer two-thirds partial hearing loss in my left ear and have a tendency to say, ‘Whaaa?'”

Despite his popularity with fans, over the years Bruce Willis has been accused of being one of the hardest celebrities to work with and get along with. Kevin Smith, who directed Willis in 2010’s Cop Out called the actor “unhappy,” “mean,” and “bitter” and “fostered an unpleasant and unproductive working environment whenever on set.” If that wasn’t bad enough, Willis was in another famous feud when Sylvester Stallone announced that he had replaced Willis in the third The Expandables film by tweeting “WILLIS OUT…HARRISON FORD IN !!!! GREAT NEWS !!!!! Been waiting years for this!!!!” He also tweeted at the same time, “GREEDY AND LAZY…..A SURE FORMULA FOR CAREER FAILURE.” It was soon reported that Willis wanted more money than anyone else in the film that starred the industry’s biggest action stars including Stallone, Arnold Schwarzenegger, Jason Statham, Jet Li and Dolph Lundgren to name a few. Luckily it seems the two moved past their issues and a year later, Stallone tweeted, “Made up with BRUCE.  A stand up guy, my mistake…”

While at the premiere for the 1987 film Stakeout, Willis met actress Demi Moore. That same year they were married on November 21, 1987 in Las Vegas and the marriage was ordained by none other than Little Richard. Together Willis and Moore welcomed three daughters Rumer, Scout, and Tallulah and after 11 years of marriage they announced their separation in 1998. Willis went on to date Brooke Burns but ended their relationship in 2004 and in 2009, he married model Emma Heming which was attended by Demi Moore and her then husband Ashton Kutcher. With Heming Willis has two more daughters: Mabel Ray and Evelyn Penn.

Like many celebrities, Willis had his own struggle with alcohol and made the decision to get sober in 1988 after he spent most of the ’80s as the face of Seagram’s Golden Wine Cooler products. The decision also came after Willis was arrested over Memorial Day weekend in 1987 for reportedly disturbing the peace and assaulting a police officer who came to quiet down a party at the actor’s house. The charges against Willis were dropped after he agreed to apologize to his neighbors. After staying sober for many years Willis opened up in 2013 revealing he had loosened up on being completely sober. “I had been sober. But once I realized that I wasn’t gonna run myself off the pier of life with alcohol, drinking vodka out of the bottle every day … I have wine now, mostly when I eat.”

One of Bruce Willis’ most popular roles out of the Die Hard series was as Dr. Malcolm Crowe in The Sixth Sense. What many don’t know about the popular film is that it only happened because Willis had sunk another film years earlier. Willis was cast as the lead in a hockey film called The Broadway Brawler and was also serving as a producer on the film and just 20 days into the project he had fired the director, and a lot of crew, and then finally walked off set officially killing the film. Instead of going into a legal battle, Willis was offered a deal from Disney for him to star in at least two other films in association with the company which ended up being The Kid and The Sixth Sense.