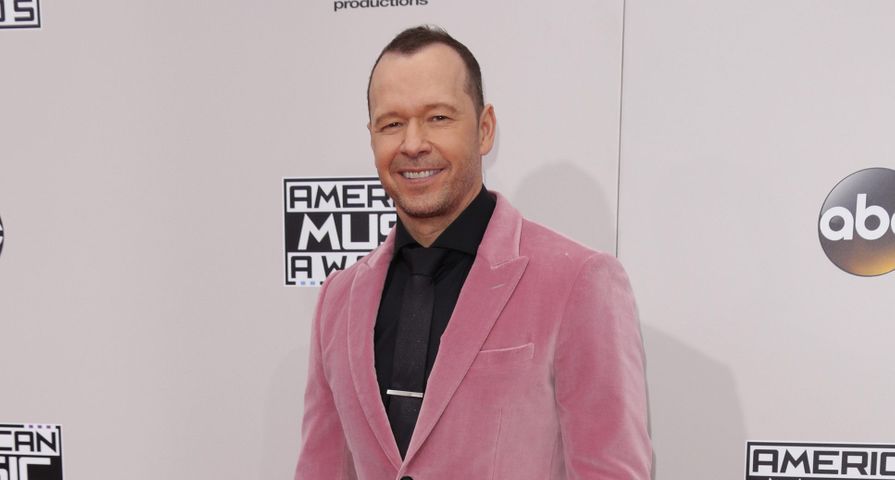 Donnie Wahlberg has been a popular celebrity for decades ever since starting out as one of the founding members of New Kids on the Block. He has since found success in acting, hosting and reality TV and no matter how many years go by, loyal fans can never get enough of the charming star. Despite being in the spotlight ever since he was a teenager, there are still many things not known about Donnie, so while fans know he is charming, talented and hilarious, here are 8 things you probably never new about Donnie Wahlberg:

Despite beginning their careers together, and going on to significant stardom in the entertainment industry, Donnie and Mark Wahlberg rarely talk about their relationship which surprises some fans of the famous brothers. After Mark didn’t attend Donnie’s wedding in 2014 it was clear the brothers weren’t very close anymore and in 2016, Donnie spoke about their relationship now, stating, “Obviously we’re brothers and partners in business and our relationship is fine, but it’s different. We’ve grown so far apart, just through work and career and things that are important.” 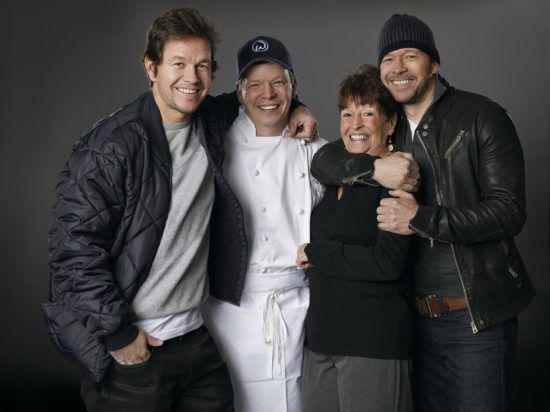 Donald Edmond Wahlberg Jr. was born on August 17, 1969 in Boston to Alma Elaine and Donald Edmond Wahlberg Sr. Donnie was the eighth of nine children born to Donald Sr. and Alma with four older brothers, Arthur, Jim, Paul, and Robert, and three older sisters, Tracey, Michelle, and Debbie, and the youngest sibling is Mark Wahlberg. Growing up, Donald Sr. worked as a delivery driver while Alma was a bank clerk and nurse’s aide. When Donnie was 12 years old, his parents split and with some of the older kids already out of the house, Donnie and Mark decided to live with their mother.

When Donnie started elementary school, the Boston school system was in controversy over mandatory busing of children in order to enforce the desegregation of public schools, and while he didn’t know it then, it was this mandatory busing that would change his life. Wahlberg’s bus to school took half an hour each way and it is during this time he found his love for music especially soul and rap music. He quickly came to idolize Michael Jackson and before long Wahlberg and his friend Danny Wood began using their bus time to compose their own rap lyrics, with Wahlberg stating years later, “Being bused to school in Roxbury was the greatest thing that ever happened to us.”

After years of obsessing about music and creating his own lyrics, Donnie Wahlberg got his shot when he auditioned for talent agents Maurice Starr and Mary Alford who were looking to make a white counterpart to the quintet New Edition. Donnie immediately impressed the duo with his rapping and dancing and at 15 became the first member for the new group. He then helped recruit more members which included his friend Danny Wood, brother Mark Wahlberg as well as Jamie Kelly, Jordan Knight, but after Mark left because he didn’t like the direction of the group or music, 12-year-old Joey McIntyre was brought in. Eventually the group was signed to Columbia records under the name Nynuk but the record label demanded a change, so instead they were deemed New Kids on the Block after a rap song that Donnie wrote for their debut album. 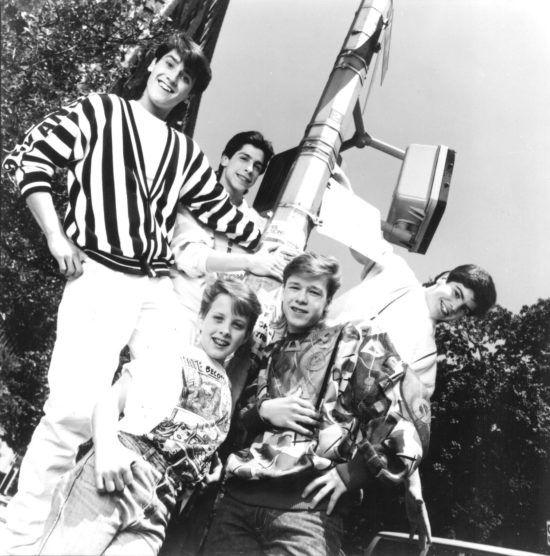 After their first album flopped, New Kids on the Block were not prepared for the fame that would follow from their second album. After becoming one of the biggest groups in the world, Donnie became known as the “bad boy” and before long was going through many run-ins with the law to add to his reputation. In 1991, then 21-year-old Donnie Wahlberg was arrested for allegedly pouring vodka on the carpet of the landmark Seelbach Hotel hallway in Louisville, Kentucky, and setting it on fire. Although he denied everything, in April 1991 he agreed to a reduced charge of second-degree criminal mischief. Before the incident, the pop star was involved in a fight with a Harvard student on a flight from Salt Lake City to Atlanta and a month before had an argument with several Georgia Tech students who he claimed threw a Frisbee in his path while he was motorcycling.

After much success in the music industry, Donnie turned to acting in 1996 with a role in the film Bullet. Since then he has had problems finding roles in major films and TV series and one of his biggest was as Detective Danny Reagan on the hit police drama Blue Bloods. When it came to landing the part, executive producers Robin Green and Mitchell Burgess said the actor had something the others didn’t. “We looked and looked to fill this part. I couldn’t even think of who we wanted, and we saw his reel and that was it. It was magic.” Meanwhile Wahlberg was hesitant at first, but couldn’t say no. “I told myself a year ago I wouldn’t play any more cops for awhile. But the reality is this is just too good of a situation to not take a shot at it.” He added, “When Tom Selleck says ‘I’m excited to work with you,’ it’s kind of like, Wow, dude you’re Magnum. I get to play your son? Are you crazy? I’d have done it for free…I told them that after.” 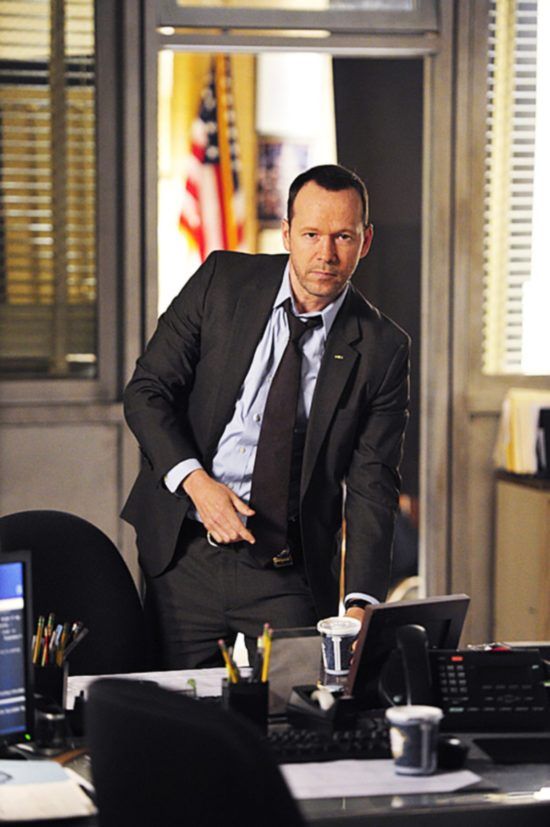 At 30 years old, Donnie Wahlberg married his first wife Kimberly Fey. The pair were married on August 20, 1999 and were married for nearly a decade before separating in January 2008, and announcing their split in August, just weeks before their anniversary, when Fey officially filed for divorce. Together they two have two sons, Xavier Alexander Wahlberg and Elijah Hendrix Wahlberg. In 2013, Wahlberg began a more high profile relationship with actress Jenny McCarthy and only one year later they announced their engagement on April 16, 2014 before marrying on August 31, 2014. With their marriage, Wahlberg became the stepdad to McCarthy’s son, Evan Joseph Asher. 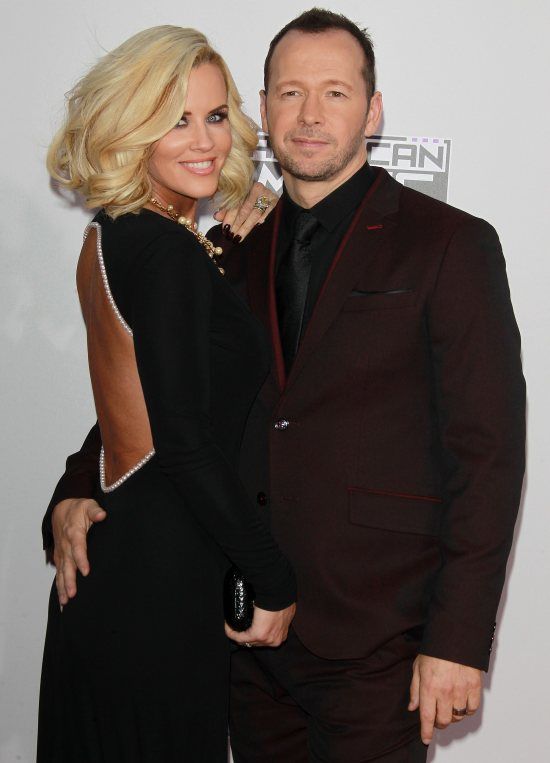 Donnie Wahlberg has had quite the career in both music and acting, resulting in a net worth of $20 million. When NKOTB’s star began to fade, Donnie ended up co-writing and producing Marky Mark and the Funky Bunch’s debut album, led by his little brother Mark Wahlberg. He got his first acting role in 1996, and has been in many films, as well as TV shows including a lead role in Blue Bloods, as well as the reality series Wahlburgers and Donnie Loves Jenny. 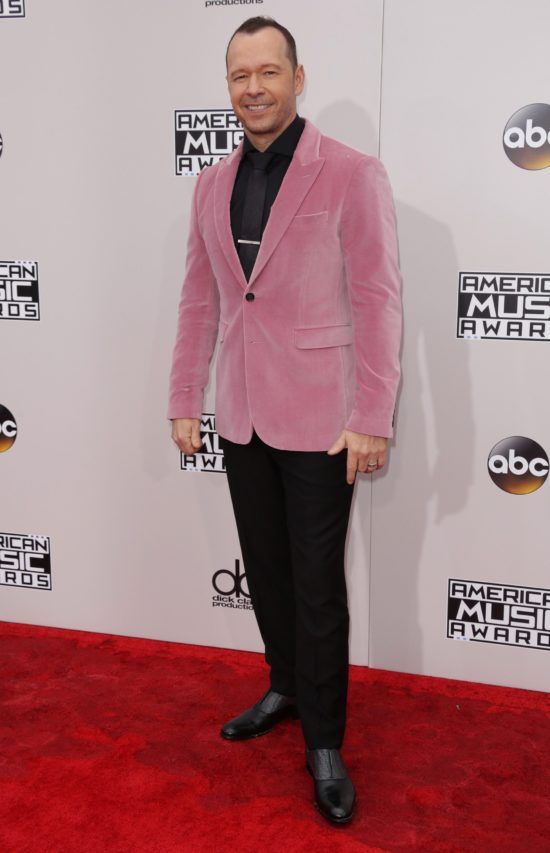