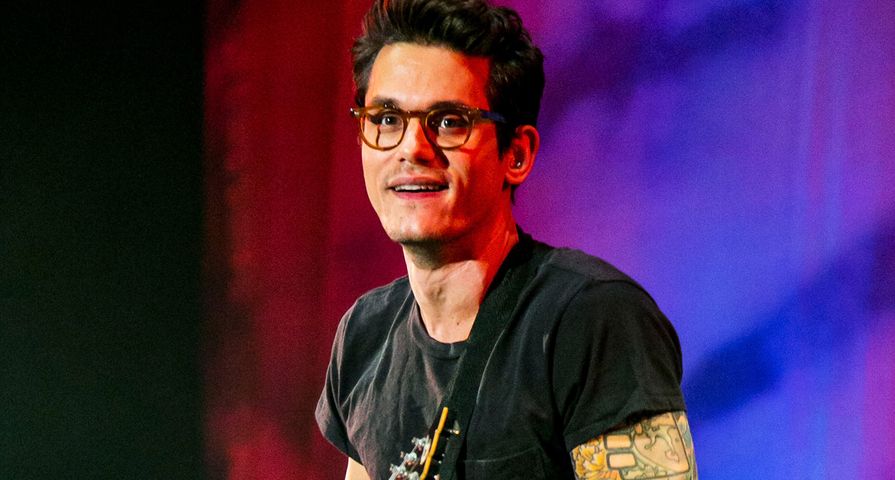 John Mayer is one of the best musicians of his generation. The multi-platinum selling artist has won seven Grammy awards, received 19 nominations and now released seven solo albums with his most recent album, The Search for Everything, being released in waves. Mayer is best known for his widely popular songs, “Your Body is a Wonderland,” “Waiting on the World to Change,” “Daughters” and “Gravity,” as well as his amazing guitar skills. After a long hiatus, the singer-songwriter seems to be making a comeback with the release of his first new album since 2013. In honor of this, here’s a look at 10 things you probably didn’t know about John Mayer!

Born in 1977, John Mayer was raised in what’s known as the “richy-rich” town of Fairfield, Connecticut. He grew up with two brothers, Carl and Ben. John is extremely protective of his childhood and doesn’t share too much information of what he was like as a child. His parents divorced in 2009 after a long marriage. His father, a high school principal was 19 years older than his mother, a middle-school English teacher which is quite unusual, but Mayer has expressed that he never had any issues with the age gap and speaks admirably about them both.

John’s biggest inspiration when it comes to the guitar is Marty McFly’s “Johnny B. Goode” performance in the film, Back to the Future. He got hooked on guitar when he was 13 and his father rented an acoustic guitar for him and his brother to use in lessons from Al Ferrante, a local guitar store owner. Mayer’s biggest influence was Blues — “He came in holding a Stevie Ray Vaughan album, said, ‘I want to learn this stuff,’ and in short order he was wailing away way beyond anybody else,” said Ferrante. At one point his parents were so concerned about how much time he spent in his room playing guitar and pining after a career as a musician that they sent him to see a shrink. Of course, nothing was wrong, but he fought a lot with his parents during that time and to this day does not like being asked about it.

When he was 17-years-old, Mayer wound up in the hospital due to an irregular heartbeat and was diagnosed with cardiac arrhythmia. The experience had a profound impact on him, so much so that afterwards he began writing songs. After he graduated high school, the “Your Body is a Wonderland” singer attended Berklee College of Music in Boston. He eventually dropped out after two semesters and moved to Atlanta in 1997 with his friend Clay Cook (who is now a member of Zac Brown Band). The two tried to market themselves as a duo but eventually split ways. The road to success for Mayer was quite fast. He quickly developed a reputation in Atlanta while playing in the local club circuit and fled to Austin to play the annual Southwest festival. It was here that he caught the attention of record-label scouts and a year later, released the album, Room for Squares.

Mayer has a strange fear of going insane that stems from his panic attacks. He grew up in a household where his parents fought a lot. It was so bad he used the guitar as a way to “disappear and create my own world I could believe in.” As a teenager, he began suffering from severe panic attacks which lead to him developing the irrational fear that he would be put in a mental institution. “Growing up, that was the big fear. I would get anxiety attacks too, and we would talk each other down…His mind works at such speed that I think he would sort of second-guess his sanity at times,” said his friend, Joe Beleznay. The panic attacks have since subsided due to medication.

He might be able to get any woman he wants now, but as a kid he wasn’t interested in girls as much as others and was more focused on his guitar. According to his interview with Men’s Health from back in 2010, Mayer struggled with acne throughout his teen years and into his early twenties which didn’t help his confidence. “In Atlanta, I had acne so bad that I would cancel dates and plans and stay in the house. I would not go out. When I was a kid, I remember thinking, ‘Well, I’m not going to be a model, so I better get real good on the guitar,'” he said.

John Mayer has become well known for being a notorious womanizer — a term he refutes to this day. One of the reasons he’s been labeled a womanizer is not only because of the comments he’s made in interviews (which he’s now apologized for) but also because he’s had a slew of relationships with high profile women like Jennifer Aniston, Jessica Simpson, Katy Perry, Taylor Swift, Minka Kelly, Cameron Diaz and Jennifer Love Hewitt. Lately, Mayer has been expressing an interest in settling down and that one of the things he wishes for most is a real life-partner, but his fame gets in the way of that.

After living in New York City, then California, John Mayer purchased a home in Montana that was meant to be a getaway during his time-off from touring, but when he started suffering health problems in 2011 he ended up moving to Montana full-time. He bought a multi million dollar, 1970s inspired home complete with a recording studio, gym and a back porch that looks onto the Yellowstone River. It’s a total of 15-acres. He’s said the move to Montana was completely necessary for him, especially after he started getting a lot of media attention from his controversial interviews. He needed to get off the grid and “finally be happy.”

John Mayer’s reputation took a huge hit in 2010 after he gave two extremely controversial interviews in Rolling Stone and Playboy magazine. He received a tremendous amount of backlash and as a result, he withdrew from the public eye and stopped giving interviews all together. Mayer has since said his comments were a result of an inflated ego and overall mentality that he had to be as clever as possible at all times in order to refrain from becoming boring. “I lost my head for a little while and did a couple of dumb interviews and it kind of woke me up…It was a violent crash into being an adult. For a couple years, it was just figuring it all out, and I’m glad I actually stayed out of the spotlight” he said. After all the backlash, he stepped away from the spotlight, moved to Montana and stopped giving interviews for a period of time.

In the fall of 2011 he was diagnosed with severe tissue inflammation on his vocal cords, also known as granuloma. It was brought on from constant touring, performing and a life long struggle with acid-reflux which was made worse from his poor diet and drinking. In order to heal he had to rest his voice which meany his fifth studio album, Born and Raised was delayed about a year and all touring was put on hold. His condition forced him to go months without ever speaking. His only form of communication was through his iPad. Many wondered if he would ever sing again. After a few failed surgeries and other remedies, Mayer had Botox injected into his vocal chords in order to paralyze them so they were forced to heal. In January 2013, he performed publicly after nearly two years off the map and has since said “it was the biggest gift in my life. I’ve learned to appreciate everything that has been given to me.”

John Mayer grew up listening to amazing blues artists like Stevie Ray Vaughan and Buddy Guy which is why many of his albums had a very soulful Blues feel. By 2005 he was performing many of his childhood idols like B.B. King, Buddy Guy and Eric Clapton. “I don’t know the first time I heard Blues and said, ‘That speaks to me.’ But whenever I have heard it, even as young of a person as I can remember being, it resonated with me. A lot of people think there is an arrogance in me, I guess, and if they only knew that as I’m playing, the Blues listener in me is going, ‘Probably not, probably not right there, probably not.’ I appreciate the Blues better than I can play it. It’s always been apart of me. It’s always spoken straight to my heart. My life’s work in some ways is to bring the level of performance up to the level of appreciation I have for it.”