Home » Entertainment » TV » The Cast Of Lost: Where Are They Now?

The Cast Of Lost: Where Are They Now? 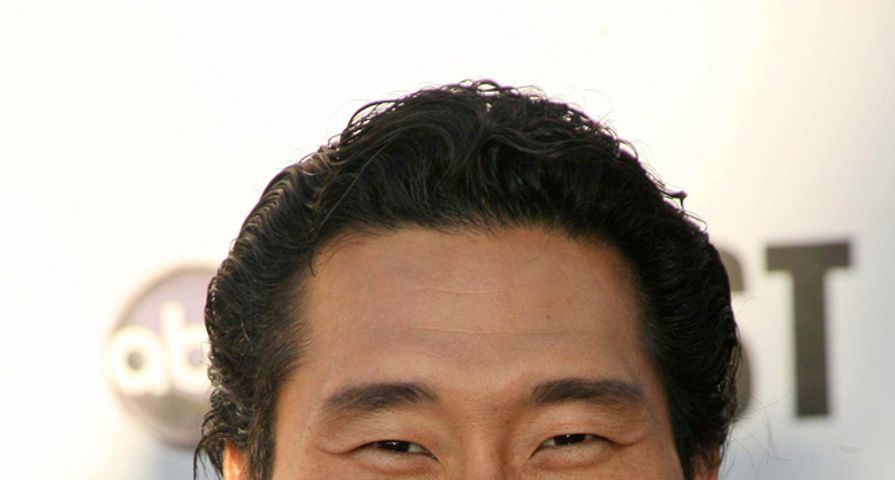 Focusing on a group of plane crash survivors who wash up on a mysterious island, “Lost” is one of the most significant and popular television series of the last decade. A big-budget, high concept character drama with elements of science fiction and countless other genres, there has never been another show quite like “Lost”, before or since. The show ran for 6 seasons on ABC from 2004-2010. Its series finale is still one of the most hotly-debated finales in TV history. While it’s only been 4 years since the series wrapped up, that is a long time in the entertainment business. Here’s a look at what the main cast of “Lost” has been up to since finishing their work on this historic series.

Fox – who played doctor Jack Shephard, for all intents and purposes the lead protagonist of the series – is most well-known for his role as Charlie Salinger on the 90s TV series “Party of Five”. Unfortunately, since “Lost” wrapped up in 2010, Fox has had few major roles. His most significant has been starring opposite Tyler Perry as the villain Picasso in the mediocre crime film “Alex Cross in 2012”. His next role is in the horror film “Welcome to Harmony”, which has yet to receive a release date.

Evangeline Lilly played wanted fugitive Kate Austen, who was the central female character across all 6 seasons of Lost. A Canadian, Lilly got her start as a tech girl on the popular Vancouver-based videogame show “The Electric Playground” before landing her big break on Lost. Lilly has not stayed quiet since Lost wrapped up – she had a prominent role in the Hugh Jackman robot movie “Real Steel”, and most recently appeared as the warrior-elf Tauriel in “The Hobbit: The Desolation of Smaug”. Lilly has some exciting projects on the horizon, including the final Hobbit movie, “The Battle of Five Armies”, due in December of this year and Marvel’s “Ant-Man”, which is tentatively set for release sometime in 2015.

Holloway had only minor roles in various television series prior to getting his big break on Lost, where he played the charming con man with a dark past James Sawyer. Sawyer became a fan-favourite character, thanks in large part to the strength of Holloway’s performance and the humorous touches he gave the character. In addition to “Lost”, Holloway had a minor role in “Mission Impossible: Ghost Protocol” in 2011 and most recently starred as the director of a fictional cyber-security company in a new CBS sci-fi series called “Intelligence”. Unfortunately, it failed to get picked up for a 2nd season. Holloway also appeared this year in “Sabotage”, starring Arnold Schwarzenegger; his next role is unknown at this time.

Veteran actor Terry O’Quinn played John Locke, a formerly-disabled man who is given the ability to walk by the mysterious island and becomes the biggest believer in its power. O’Quinn was not short of work before starring in “Lost”, as he has had prominent roles in “The X-Files” and the film “Primal Fear”, but “Lost” made him a recognizable face and he has had several significant roles since then. His most prominent has been as recurring character Joe White in the “Hawaii Five-0” remake, but he has also had roles in the sci-fi series “Falling Skies” and the short-lived “666 Park Avenue”. Currently, O’Quinn is starring in the new series “Gang Related” on Fox.

Andrews played ex-Iraqi soldier/torturer Sayid Jarrah, who sees the island as a chance for redemption for his violent past. Andrews is mostly known for his TV work, while on film he is perhaps best known for playing Kip in “The English Patient” (1996) and as Jodie Foster’s murdered husband in “The Brave One” (2007). Since finishing his work on “Lost”, Andrews has appeared in the short-lived Sinbad TV series and played Jafar in “Once Upon a Time in Wonderland”, as well as having a role in the 2013 UK biopic “Diana”. Andrews will next be seen in the series “Sense8”, a sci-fi drama due in 2015.

Australian Emile de Ravin played Claire Littleton, a single mother who gives birth on the island (and also hails from Australia). While de Ravin is still perhaps best known for her work on “Lost”, she has had a number of film and TV roles during and after the show’s run. She has appeared in films such as “The Hills Have Eyes” (2006), “Public Enemies” (2009), and “Remember Me” (2010), but her most significant role other than “Lost” has been as Belle on the current hit series “Once Upon a Time”. In addition to her work on that show, de Ravin will next be seen in “Submarine Kid”, a film set for release in 2015.

Monaghan – who played heroin-addicted musician Charlie Pace – is most famously known for playing Merry in Peter Jackson’s hugely successful The Lord of The Rings trilogy. The German-born Monaghan has had a number of film and television roles since finishing his work on Lost, including another ABC series, “FlashForward”, which unfortunately only lasted 1 season. His other most significant role has been in the action film “Soldiers of Fortune”, where he starred alongside Christian Slater and fellow LOTR co-star Sean Bean. Monaghan’s upcoming projects include the thriller “Deep Burial” due later this year, and the TV series “The Hundred Code”, set to air in 2015.

Henry Ian Cusick played Desmond Hume, a fan-favorite character with mysterious powers given to him by the island. Born in Peru, Cusick has managed to keep busy since his breakout role on “Lost”, focusing mainly on TV work. He has had numerous guest roles in shows such as “Fringe”, produced by Lost co-creator J.J. Abrams, “Scandal”, and “The Mentalist”, just to name a few. Most recently, Cusick has appeared on the new show “The 100” as a series regular. In addition to his work on that series, Cusick has a few film roles in the pipeline, such as “10.0 Earthquake”, “Everglades”, and “Let it Go”.

Michael Emerson famously went from having a minor role to being upgraded to a series regular playing the villainous and mysterious character Ben Linus, as the show’s staff loved his performance. In addition to his Emmy award-winning work on “Lost”, Emerson can currently be seen starring in the popular crime/espionage show “Person of Interest” alongside Jim Caviezel. “Person of Interest” has occupied most of Emerson’s time, but he has also managed to do some voice work, appearing as The Joker in the DC animated Batman films, “The Dark Knight Returns” Part 1 and 2.

Elizabeth Mitchell, who started played fertility doctor Juliet Burke in Lost’s 3rd season, has had a busy television career since the show wrapped up. She had a lead role in the short-lived sci-fi series “V”, a remake of the 1980s show of the same name. Most recently, Mitchell starred in “Revolution”, a TV series focusing on a group of survivors in a post-blackout America. Unfortunately, the series was cancelled earlier this year after airing for 2 seasons. Mitchell’s next project is unknown at this point.

Dae Kim played Jin Kwon, an over-protective husband and shady Korean enforcer for his wife’s criminal father who slowly became a caring and devoted husband as the series progressed. Dae Kim can currently be seen on “Hawaii-Five 0” with fellow “Lost” alum Terry O’Quinn. In addition to his work on that series, Dae Kim has also dabbled in voice work, contributing to the popular “Saints Row” video game series, as well as the animated series “The Legend of Korra”. Dae Kim’s next roles include the upcoming films “Ktown Cowboys”, a comedy currently in post-production, and the 2015 sci-fi film “Insurgent”.

Yunjin Kim played Sun Kwon, wife of Jin Kwon. The South Korean-born Kim can currently be seen on the drama “Mistresses” alongside Alyssa Milano. Like her on-screen husband Daniel Dae Kim (no relation), Kim has also done some video game voice work, appearing in the Hong Kong crime game Sleeping Dogs. In addition to her work in American television, Kim is also a big name in her native Korea and her next project is South Korean-produced, a film called “The International Market”, due later this year.

Jorge Garcia played the lovable Hugo “Hurley” Reyes, who was often the main source of comic relief and heart in the series. After “Lost”, Garcia had a starring role on the short-lived series “Alcatraz”, as well as a slew of guest spots on popular series like “How I Met Your Mother” and, like several other of his “Lost” co-stars, “Hawaii-Five 0”, which at this point has garnered a reputation for reuniting “Lost” actors. Garcia will next be seen in the animated picture “Rock Dog” and “When We Were Pirates”, again alongside some “Lost” cast-mates, Henry Ian Cusick and Harold Perrineau.

Perrineau played Michael Dawson, a father who has to look after his estranged son Walt after their plane crashes on the island. Perrineau has had numerous television and film roles since his time on “Lost”, with the most prominent including a stint on the FX series “Sons of Anarchy” and a role in the Academy Award-nominated film Zero Dark Thirty. Perrineau has many upcoming projects, including “When We Were Pirates” and a role in the upcoming pilot for the “Constantine” TV series.