Home » Entertainment » TV » Cast Of Lost: How Much Are They Worth Now?

Cast Of Lost: How Much Are They Worth Now? 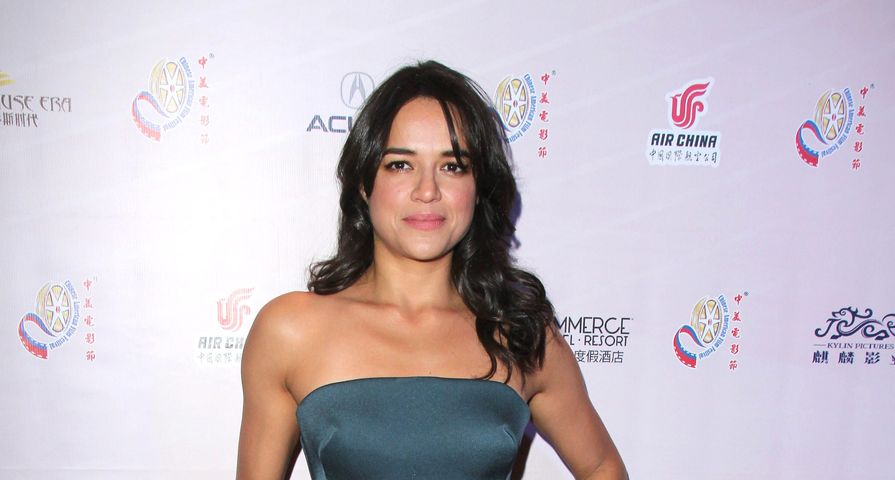 Lost was one of the greatest TV shows of all time. No, it didn’t necessarily work on every level, but nothing worthy of exception generally does. What Lost did was change the 21st century television landscape. It bent genres, employed nuanced story telling, wrote itself into corners, all the while never failing to deliver an element of humanity that was magnetic to viewers. The diversity of the cast served as the new television paradigm in America. Where are these cast members now, and how much are they worth? Let’s find out.

Estimated Net Worth: $4 million. It has been a delight to see Yunjin Kim rise to fame, and destroy every odd stacked against her in the pursuit of a successful career in American entertainment. See any interview with Yunjin, and it’s easy to see how very cool this lady is. She rose to prominence with her role of Sun in Lost, and by the time the series was said and done, Yunjin was shouldering quite a load in the story line–a testament to her refined acting talent. Like all the cast members of Lost, Yunjin has continued to enjoy work from the popularity of the show. She has worked her career into quite a lather, boasting a net worth of $4 million. Her parents definitely made the great decision when they emigrated to the United States for more opportunities.

Estimated Net Worth: $8 million. Growing up in Covington, Louisiana, just north of New Orleans, Ian Somerhalder probably never expected to enjoy the success he has. He has certainly done an excellent job of letting it ride. It was a bummer to lose Ian’s character, Boone, at the end of the first season, but he was a necessary sacrifice to pluck the heartstrings of Lost fans, and keep them engaged in the humanity of plane crash survivors. He did make a few psychologically thrilling appearances throughout the rest of the series, and rejoined his fellow cast-mates during the show’s finale. Ian continues to enjoy a great career in acting, modeling and making women swoon. For the past several years, he was logged over 140 episodes on the popular CW show, The Vampire Diaries. To state it: we’re ready to see him do more movies.

Estimated Net Worth: $5 million. For Jorge Garcia, securing a role on Lost was probably the easiest thing he’s ever done in his acting career. All he had to do was kill an appearance on Curb Your Enthusiam, and Lost creators decided he had to be in the mix of their new show. They created Hugo “Hurley” Reyes specifically for Jorge. There is no greater compliment for an actor. Jorge is obviously a very specific type, so it’s not like he could morph into various characters following his stint on Lost, but as of late, he has enjoyed several appearances in television, had a rock album named after his character (Weezer), and joined fellow Lost alum, Daniel Dae Kim, on the Hawaii Five-0 reboot.

Estimated Net Worth: $8 million. Daniel Dae Kim enjoyed one of the best character arcs of all the plane crash survivors on Lost. He was a bit annoying at the onset, and became another one of the show’s beloved antiheroes by the end. Yeah, the learning English so quickly thing was a bit of a stretch, but so was the entire premise of the show. Daniel was a recognizable face before he locked in the role of Jin, having enjoyed several appearances on 24, as well as single, memorable episode of Seinfeld. Now, Daniel is working all the time. One of the stars of Hawaii Five-0, he can also be seen in the Divergent series starring Shailene Woodley and Kate Winslet. What’s next for this $8 million dollar man? Adding another million to the stack with more acting work.

Estimated Net Worth: $8 million. Was Shannon lovable? Loathe-able? Maggie Grace did a knock out job as one of the younger cast members on Lost, and she went ton to spawn the fears of every father in the world, when she starred alongside Liam Neeson in Taken. Maggie has worked, worked, worked, since booking the role of Shannon Rutherford, and she’s one of those individuals who has no issue in jumping from TV to film, and back to TV in memorable roles. She has three projects slated for release in 2016, and looks to be building quite the resume and dossier. One of the most impressive things about Maggie: she has a great head on her shoulders. She left school at 16 to pursue her acting career, and lived through financial struggles with her mom to make it happen. She is no fool with her amassing fortune.

Estimated Net Worth: $12 million. Emilie de Ravin may be a real life fairy come to life, and increased in size by her own magic spell. Emilie’s first love was dance, especially ballet, and she was so promising she was accepted to study with the Australian Ballet School at age 15. Having interests in arts across the board, Emilie eventually leaned in the direction of acting, and it proved to be a great decision. She could easily be tabloid fodder for any variety of publications, but she has kept a good head on her shoulders while pursuing the work of the entertainment industry, as opposed to fleeting fame. She continues to enjoy her role on Once Upon a Time. Whether or not it will ever happen, we’d love to see Emilie play the younger sister of Cate Blanchett in anything!

Estimated Net Worth: $12 million. It’s only appropriate to have Claire and Charlie are so close together on this list. Dominic Monaghan…you either think hobbit, or you think “You all everybody!” and Drive Shaft. Dominic played the heroin addicted Charlie Pace, who found freedom from his addiction while on the island, and eventually gave his own life in order to help his friends. Charlie’s death provided one of the most popular episodes for the show’s creators, as well as one of the most talked about among fans. Dominic is one of those guys who kind of does what he wants to do when he wants to do it. If an interesting project comes along, he’ll dive in head first. His ties to the Lord of The Rings trilogy and Lost will ensure that with a little bit of wisdom, his fortune will only continue to grow.

Estimated Net Worth: $15 million. Freckles. She was part of the biggest SHOWmance from Lost. On and off screen. Evangeline Lilly and Dominic Monaghan enjoyed a lengthy relationship while shooting Lost, and then once Charlie was no more. They eventually went their separate ways, and Evangeline was cast, and placed into Middle Earth. These two certainly shared an energetic connection. Evangeline famously said she wanted a “break” after finishing Lost, so she took to writing a children’s book, and kept her head, heart and hands away from all things entertainment industry related. Following her hiatus, Evangeline hitched her wagon to Norman Kali, and the two have welcomed two children into the world. And Evangeline is back in the mix, doing big, big movies: The Hobbit; Ant-Man and the recently announced sequel. Regardless of what else she does, her character of Kate Austen will live on in television iconography.

Estimated Net Worth: $8 million. Terry O’Quinn was the veteran of the cast. He had been around the block, played a variety of roles in a variety of mediums and came to Lost with a “hopefully this one goes” attitude. It certainly did go, and his character of John Locke became integral to the forward motion, and ultimately the climax’ish ending to the series. If you’re a big fan of Lost, and really wanna mess with yourself, go find a copy of the 1987 version of. There is nothing Terry O’Quinn cannot do for the camera. Now in his 60s, Terry remains a physical presence and force when on camera. Of everyone on this list, it wouldn’t be hard to believe that his net worth exceeds estimation. Looking at his list of credits, and understanding how the residual scale works, he likely has a pretty penny stashed away.

Estimated Net Worth: $20 million. Jack Shephard. He was the beloved, broken hero of Lost. As all Lost fans know, Jack was never supposed to make it very far into the series. His leadership skills were to be cut off from the group; he was to become one of the first victims on the island following the plane crash. He was so popular with fans, Lost brass wouldn’t dare part with the adored doctor. For Matthew Fox, the TV fantasy/mystery will likely define his career, but he was no stranger to popular shows. As all Matt Fox fans are aware, he got his first really big break on the popular 1990s drama, Party of Five, which delivered to us a little someone known as Jennifer Love Hewitt. Matt has also done several films, and enjoyed other TV appearances, amassing an impressive net worth of 20 million bones.

Estimated Net Worth: $22 million. Josh Holloway has been in front of the camera for a long time. He started as a model, proved to have some very impressive acting skills, and has built quite a fortune with both enterprises. Josh played fan favorite, James “Sawyer” Ford on Lost, and served as a quintessential antihero. The love triangle between he, Evangeline Lilly and Matthew Fox was a perfect lure for the long-term success of the show. After Lost, Josh went on to enjoy several roles in several projects, none better than his guest appearance on Yo Gabba Gabba! Josh is currently on the TV series, Colony.

Estimated Net Worth: $30 million. How could anyone possibly forget Michelle Rodriguez’s short stint on Lost? She was the woman everyone loved to hate: Ana Lucia Cortez. She was killed off rather quickly, after enjoying a wild ride in the second season, and here’s our honorable mention to incomparable Harold Perrineau (Michael)–Estimated Net Worth: $7 million–we offer many thanks for popping Ana Lucia. But we’re digressing. Being a part of the Fast and Furious family, Michelle is one individual who is never going to hurt for cash. The 37-year-old actress is similar to many of her characters in that she’s a little rough around the edges, very sexy and displays an impressive physical and intestinal fortitude. And how did Michelle amass such wealth? She’s a savvy businesswoman, and she fills a niche that every adventure film in the 21st century needs: certified female bad***.