Home » Entertainment » TV » 10 Popular America’s Next Top Model Winners: Where Are They Now?

10 Popular America’s Next Top Model Winners: Where Are They Now? 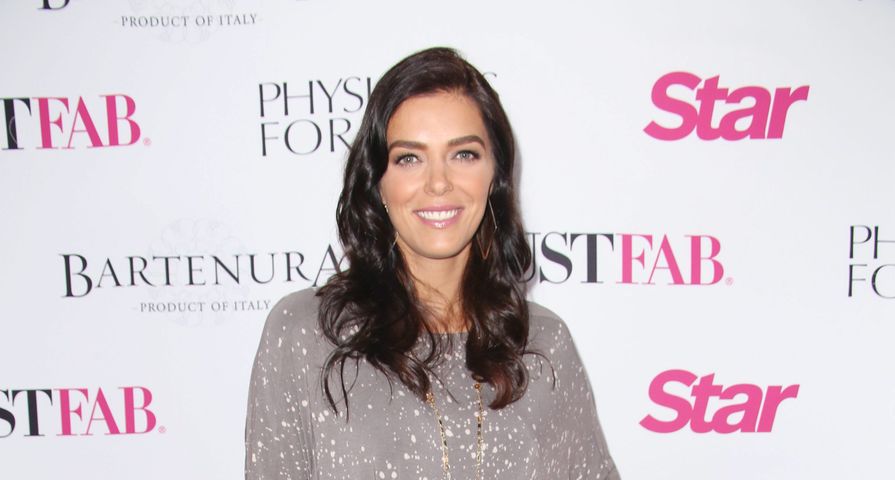 America’s Next Top Model took reality TV and the modeling world by storm thanks to the mind of supermodel Tyra Banks. ANTM ran for an incredible 12 years and 22 seasons, and pulled fans in again and again with increasingly difficult challenges and surprises each and every season. Every episode, Tyra tells the contestants what is at stake, including a modeling contract, a spread in a magazine and sometimes a deal with a makeup or fragrance company. Despite this kickstart to a career, the winners are rarely heard from anymore, making us wonder what ever happened to them! Check out where 10 of America’s Next Top Model‘s most popular winners are now:

Laura James made waves right from the beginning of ANTM thanks to the fame of her father, Dynasty actor John James and former pageant Queen mother Denise Coward. Immediately after winning cycle 19 of America’s Next Top Model, Laura James did a campaign with Nine West and Smashbox Cosmectics, and became the face of the ANTM perfume “Dream Come True.” In 2013 she did a campaign with Guess and appeared in the June issues of Vogue Italia. Most recently she started her own jewellery line called Dreamtime by Laura James and has made an appearance on the show Grandfathered.

America’s Next Top Model fans were first introduced to Lisa D’Amato when she competed on cycle five, and quickly became one of the show’s most notorious “villains.” She ended up being eliminated seventh, but that didn’t stop her from returning and winning in cycle 17 for the All-Star season. After the win, D’Amato appeared in many magazines and had several runway shows, and then she made the transition into a singer. She has released two albums and had a stint on the third season of Celebrity Rehab. In 2012 D’Amato married Adam Friedman and in 2013 they welcomed their first child, a boy, named Dax. The pair appeared on Marriage Bootcamp and are currently expecting their second child.

Krista White had a hard time getting on to America’s Next Top Model, as it took her 12 auditions, but after she did it paid off with her win of cycle 14! She went on to walk the runway for Nicole Miller and modeled for Betsey Johnson and also walked the runway for BET’s Rip the Runway in 2011. It seems she now doesn’t model so much, but has stayed in the industry as she is the Fashion director for DLXVRSN Magazine.

Eva Pigford won the third cycle of America’s Next Top Model in 2004 and in 2006 changed her last name to Marcille. She has been on the cover of Brides Noir, Women’s Health and Fitness, Essence magazine and more and has modeled for CoverGirl, DKNY, Samsung and booked multiple runway shows through to 2007. She dropped Benny Medina and Tyra Banks as her managers and signed to L.A. Models, but has focused more on acting with roles in Crossover, Smallville, House of Payne, The Young and the Restless, and most recently, Born Again Virgin. In 2013, she began dating singer-songwriter Kevin McCall and the pair welcomed a daughter in 2014 before splitting up the following year.

America’s Next Top Model’s second male winner, first ever deaf winner and last winner ever perhaps had the best approach to fame. After winning cycle 22, Nyle DiMarco catapulted his career even further by competing on and winning season 22 of ABC’s Dancing With the Stars. Along with signing to Wilhelmina Models as part of his prize for winning ANTM, DiMarco has already also started acting. He appeared in three episodes of Switched At Birth and in late 2016 will appear in the Hulu comedy series Difficult People.

Whitney Thompson was the winner of America’s Next Top Model cycle 10 and became the first plus-size model to win the competition. Aside from her work as part of her prize for winning the cycle, Thompson has also been featured on the cover of Jacksonville Magazine and Plus Model Magazine. She modeled for many brands and became the face for Panache lingerie and is an ambassador for the National Eating Disorders Association. Aside from modeling, Thompson launched a jewelery and candle collection called “Supermodel” and owns a farm-to-table restaurant in Tennessee called Whitney Lee’s and has her own YouTube video blog called Curvy Kitchen.

Although Adrianne Curry was the first ever winner of the hit modeling compeition, it doesn’t mean she has been forgotten about! She had some choice words about her experience on the show, and went on to bolster her career with spreads in Playboy magazine and was named one of Playboy’s top 25 sexiest women in 2008. She then made her foray into TV with a hosting job on Ballbreakers, and in 2006 married Christopher Knight best known for his role as Peter Brady from the Brady Bunch while the pair also starred on their own Vh1 series, My Fair Brady. The pair ended up splitting in 2011 and the divorce was finalized in 2012. Now, Curry is best known as a cosplayer and a judge on the PlayStation Network’s The Tester.

Sophie Sumner first made herself known as the runner-up on cycle five of Britain’s Next Top Model, but then did even better when she won America’s Next Top Model‘s cycle 18 with the theme British Invasion. After the jobs she got from winning including advertisements with CoverGirl and walking runway shows, Sumner has turned to music and TV. She released the single “Aiming for You,” appeared in the Bollywood movie Cocktail, starred in the reality TV show Taking New York and has had TV hosting gigs on the CW’s Hello Style and Marie Claire’s Love Match.

Keith Carlos was the first man to ever win America’s Next Top Model when he took home the Top Model crown after cycle 21. Although he fulfilled his contract obligations after winning, Carlos has remained mostly silent on his work now, but according to posts on his Twitter account, he seems to have a role in Chocolate City 2. The original film starred Tyson Beckford who Tyra Banks acknowledged Carlos looks a lot like and it was a factor in Carlos winning the cycle of ANTM.

CariDee English launched her career after winning cycle seven of America’s Next Top Model. She made waves while on the show and has always been one of the most memorable contestants. Directly after winning, she had many modeling gigs including magazine covers and runway gigs and in 2013 also became the face of Ray Ban sunglasses. She appeared on shows such as One Tree Hill, Gossip Girl and How I Met Your Mother and also hosted the reality show on the Oxygen network called Pretty Wicked. As well as appearing in commercials, she is also now a spokeswoman fir the National Psoriasis Foundation.