Home » Entertainment » Celebrities » Things You Might Not Know About Michelle Rodriguez 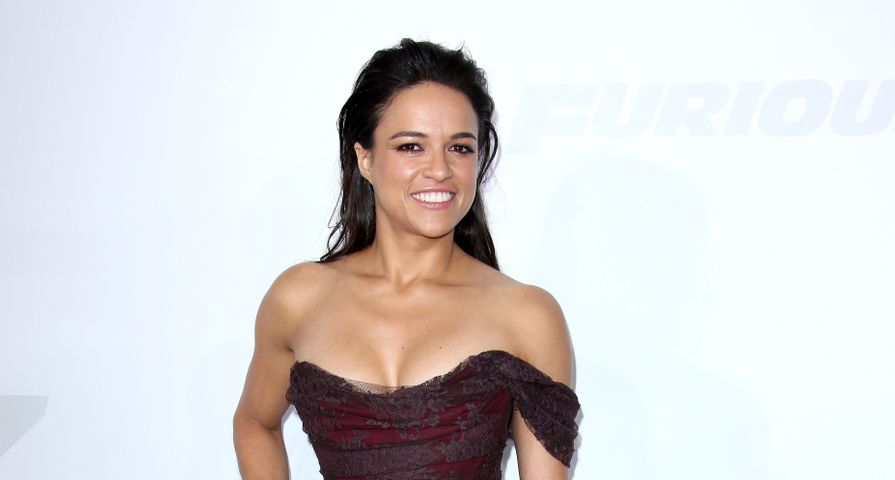 Michelle Rodriguez is known for her tough-chick roles, but not many people know what she’s like off-camera. Michelle Rodriguez is a well known actress in Hollywood who has taken on some pretty prominent roles in huge films like Blue Crush, Fast and the Furious, Resident Evil, Avatar and even played a role in the popular television series, Lost! Despite her presence on-screen, she doesn’t spend too much time in the limelight and when she does — she’s often seen as controversial, so she’s a bit of a mystery to fans. Get to know more about the actress with these things you didn’t know about Michelle Rodriguez.

Born on July 12, 1978 in Bexar County, Texas to parents Rafael Rodriguez and Carmen Milady Pared Espinal. Michelle’s father served in the U.S. Army and is originally from Puerto Rico while her mother is from the Dominican Republic. Michelle’s parents separated during her childhood, so she grew up with 10 siblings and half-siblings. After her parents split, she moved to the Dominican Republic when she was only 8-years-old and then moved to Puerto Rico. When she was 11, her family relocated to Jersey City, New Jersey, but she ended up moving back to Puerto Rico in her teenage years. Not surprisingly, the bad girl character that Rodriguez takes on in films isn’t too far from her actual self. Growing up, she was expelled from five different schools and dropped out of high school when she was only 16. She got her GED later in life.

She may be internationally known as Michelle Rodriguez, but her given name is actually Mayte and her middle name is Michelle. The name is of Basque origin and means “beloved.” Rodriguez has never explained why she doesn’t go by her given name and instead prefers to be professionally credited as Michelle.

7. She Wanted to be a Screenwriter

Rodriguez’s childhood was strict — she was raised as a Jehovah’s Witness and wasn’t allowed to watch any movies as a child. It has been reported that her mother is not happy about her career choice and tells her that she’s “part of the devil’s tool.” Rodriguez has since abandoned the faith she was raised on and surprisingly she didn’t always want to be an actor, but she did want to go into the film business. After getting her GED, she went to business school with the hopes of becoming a screenwriter or director. Reportedly, she already has two screenplays in the works. The first is a family film that reflects “Jumanji-meets-Goonies” with an environmental twist while the other is a remake of the 1997 film, “Bandits.” Only time will tell if she’ll abandon acting and fall back on her writing hobby! Acting seems to be her niche as she landed starring roles at the only two auditions she ever attended — Girlfight and The Fast and the Furious.

Her first audition was for the film Girlfight where she portrayed Diana Guzman, a troubled teen who uses her past as fuel to become a trained boxer. This role quickly typecast her as the “bad girl,” something she’s now embraced.When Rodriguez attended the casting call for Girlfight, she was up against 350 other girls for the part and she beat each and every one of them. However, director Karyn Kusama said her audition was “a disaster” which isn’t surprising as it was her first major role. He said the only reason she got the role was because he “could not find anyone who could come close to her in physical power.” The role required her to get in the ring and fight, so naturally she had to train for the part. As part of her audition she had to get in the ring with the director for three weeks and was so broke at the time he had to give her money so she could pay for the train tickets to get there everyday. Once she got the part, she got even more intense with her training and workout regime. She went to the gym for four months straight, four to five days a week. On top of that, she had to take acting lessons. All of her hard work paid off because when the film hit theaters it was well received by tough critics, even The New Yorker called her, “a powerhouse star who could go a long way.”

5. Fast and the Furious

One of Michelle Rodriguez biggest roles that she is most famous for is as Letty Ortiz in the film franchise, The Fast and the Furious. When she auditioned for the first film she didn’t have a drivers’s license or even her learner’s permit! Once she was cast, she had to get her license during her training in order to participate in the car chase sequences. It took her a few months, but she eventually passed her driving test while the movie was being filmed. She did a lot of driving in the film, but of course many of the car-chase scenes are performed by stunt doubles. Also, when the first movie came out, not only did her character Letty date co-star Vin Diesel, but she dated him off-screen in real life too!

With Michelle’s success as an actress, fans wouldn’t think that she has an additional job on top of that, but she does! Michelle has been performing internationally as a disc jockey since 2009. She mainly plays at film premiere after parties and nightclubs; for example in 2012 she DJ’d at the Sea Shepard party in Cannes. When asked about her interest in music she said, “For the most part I like playing for mature crowds so that I can go all the way back to the 1930s then through the 1960s, 1970s and 1980s – then kick it into house, hip-hop and R&B. I like to mix it up, it’s pretty electric.” Sounds like she’s all over the place!

There has been plenty of speculation regarding Michelle’s sexuality and she’s definitely alluded to the fact that she is bi-sexual. She’s been linked to many of her co-stars of both sexes, including Vin Diesel, Oliver Martinez, Kristanna Loken and was seen making out with Cara Delevingne court side at a basketball game just last year. For a long time Rodriguez refused to put a label on her sexuality and avoided a direct answer when asked the question, but in May 2014, Rodriguez opened up about her sexuality and said, “Bi, yeah, I fall under the B category of LGBT.” The year before that she had told Entertainment Weekly that she admitted she had gone both ways. “I’ve never walked the carpet with anyone, so they wonder…Eh, they’re not too far off. I’ve gone both ways. I do as I please. I am too f-cking curious to sit here and not try when I can. Men are intriguing. So are chicks.”

In 2007, Michelle Rodriguez announced that she would be branching out from acting and into the fashion business. Her new venture would be to start her own clothing line called “Ishkadada.” The idea behind her new line was to create something that was multi-ethnic and was environmentally friendly or had a positive influence on the environment. Michelle’s intention was to travel around to a dozen different countries including Brazil and China to study different cultures, social classes and history so that she had the intellectual resource to back her fashion line. “The company that I want to start should be ethnic. I think there is a (growing) awareness and people are opening their eyes about the world and the environment,” she said. Unfortunately, the clothing line never took off. The company was approved and a trademark was granted but there’s been no further progress thus far.

Michelle Rodriguez’s bad girl character carries over from her on screen characters into her real life. She’s spent a total of 26 days behind bars thus far for four separate incidents, most involve driving. Her first arrest was in March 2002 under assault charges which were eventually dropped after her roommate decided not to take the case to court. Her freedom was short lived when 18-months later she was back in court under eight misdemeanor charges for a hit-and-run and driving under the influence of alcohol. In June 2004 she pleaded no contest to the hit-and-run, driving with a suspended license and DUI. She was given a 48 hour jail sentence, allotted mandatory community service hours at two different New York hospitals and a three-month alcohol program. Michelle was also placed on probation. In 2005, once again Rodriguez was pulled over, but this time it was for speeding. The incident happened while she was filming Lost in Hawaii. She was fined for driving over the speed limit on two other occasions and then only a month later she was pulled over again and arrested for a DUI. She had to pay a fine of $500 and spent five days in jail. This seemed like a light sentence, especially since she was still on probation. When she returned to L.A. she was forced to spend another 60 days in jail, but was released on the same day she was booked because of “overcrowding.” Most recently, Rodriguez spent 18 days in jail after she violated her probation once again when she didn’t complete her community service hours or attend her alcohol-education program. In 2007 she was sentenced to 180 days in the Century Regional Detention Facility, but was released after 18 days due to overcrowding.