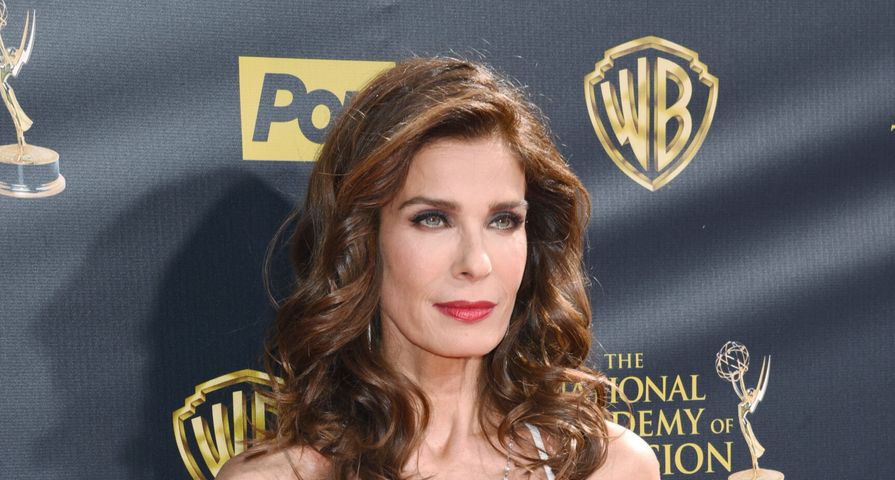 It’s been a strange year for most; however, the land of daytime drama has plugged on, despite everything going on across the world. For fans, soap operas have offered a nice “break” from all the harsh realities of today, and the actresses across all four shows have had some incredible performances over the past 12 months. Below is a list of the top female soap opera stars of 2020 ranked!

Ava might not be the nicest character on daytime drama, but she certainly is one of the strongest and most resilient. She’s had her hardships this year, and continually shakes things off to move on. Despite entering a loveless marriage in 2020, it seems like she’s not only won the heart of Nikolas Cassadine, but also the fans of General Hospital (GH). Actress Maura West continues to play this dynamic female flawlessly, and here’s hoping we see that much more of Ava come 2021.

Undeniably a fan favorite on The Bold and the Beautiful (B&B), Jacqueline continues to play Steffy Forrester with strength and grace. While Steffy has endured her ups and downs this year, Wood continues to delight audiences with the drama Forrester brings to daytime screens. While 2020 may have not been the best for Steffy, 2021 will be a stellar year for Jacqueline, as she welcomes baby number two into the world.

Victoria finally stepped out of her father’s shadow in 2020, showing him and the world that she is a force to be reckoned with in the land of Genoa City. Actress Amelia Heinle continues to be one of the best things about Young and the Restless (Y&R) right now, as she isa delight to watch on screen daily. Here’s hoping Vicky scores a nice romance in the new year.

Ciara Brady Weston may have passed on in the land of Days of Our Lives (DOOL), but as any avid fan knows, characters are never “really” gone from soap opera shows. Actress Victoria Konefal kept DOOL audiences on the edge of their seats in 2020 with her sassy, strong, and stubborn Ciara character. Here’s hoping this isn’t the last viewers see of Konefal.

The Wealthiest Soap Opera Stars Of 2020

Could Sharon Case see a Daytime Emmy nod in 2021 for the incredible work she’s done in 2020? Sharon Newman has struggled with breast cancer onscreen, and while it has been an emotional rollercoaster for her, her family, friends (and fans), the storyline has increased awareness around what survivors of this condition and their support system truly have to endure. While the storyline has been hard to watch, the silver lining is that it seems through strength and determination, Sharon has finally beat cancer’s butt! If only every cancer story ended like Sharon’s.

News has recently broken that actress Emme Rylan is about to exit GH soon, which is a shame on so many levels. It seems odd that Lulu would leave the little town, just as Dante has returned. Plus, Rylan has been a complete joy to watch onscreen over the years as she’s transformed the Lulu character into something of her own. This year was hard for Lulu, but she managed to rise above all the challenges and move forward. A lot of what makes Spencer so endearing is what Rylan brings to the character.

Heather Tom is one of the biggest and brightest female stars on daytime television today. You don’t get nominated for 19 Daytime Emmys, and win the statue a total of 6 times for being a slouch! Tom also scored the award this year in the Lead Actress category for her portrayal of the B&B’s Katie Logan. While Katie struggled this year, despite a global pandemic, Tom did have a pretty decent highlight.

OG Phyllis was in full force in 2020, notching two rivalries with two different Newman woman and still coming out on top. That’s a feat that not many can accomplish in the land of Genoa City. Plus, she’s snagged the nicest guy on daytime drama. Not too shabby for Phyllis! In all seriousness, while Phyllis does walk a fine line between “right” and “wrong,” Stafford continues to be a fan favorite on the show, and a good reason to tune into the Y&R daily.

Amongst a slew of character exits that Days fans have experienced in late 2020, one of the most unexpected was Gabi Hernandez quickly leaving the show this past fall. Sure, she’s not exactly one of the good girls of Salem; however, she is certainly one that fans love to hate. Actress Camila Banus truly brings the best wickedness out in Gabi, and while she’s gone at the moment, fans can breathe a sigh of relief knowing that it won’t be long before she returns.

What would life in Port Charles be like without actress Finola Hughes? Here’s hoping fans never have to find out! Whether she’s playing the smart superspy Anna Devane, or her evil twin Alex, she’s not only one of the best daytime actresses on screen today, but of her generation as well. This year was a rollercoaster ride for Devane, so here’s hoping 2021 will be just as exciting.

Speaking of a daytime legend, DOOL fans were sad to see Hope Brady leave town recently. Not only is Hope an icon when it comes to soap opera characters, but actress Alfonso has created a legacy on the show. It makes sense as to why Brady left Salem: she’s simply lost too much over the years. While it seems things might be grime when it comes to a return, soap opera viewers have learned to “never say never.”

Dina Mergeron has been a controversial character since she stepped into Genoa City in the 1980s, and while fans have loved to hate her, her final years on the show certainly showed another side to this fierce and dynamic character. Dina lived her life on her terms, and saying goodbye was a hard pill for some to swallow; however, actress Marla Adams performed Mergeron’s last moments in 2020, perfectly.