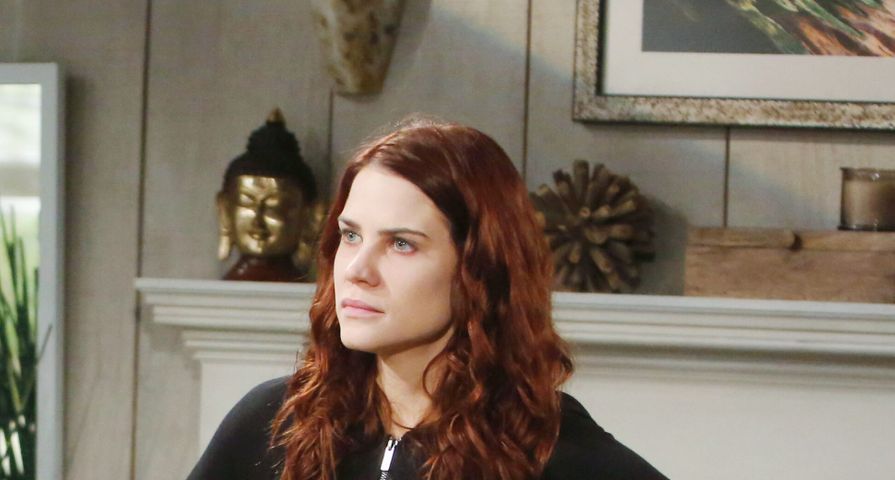 Just as soap fans are enthusiastic when a favorite character makes a surprise return, they get upset and agitated when a beloved character makes a startling exit. This year, the Bold And The Beautiful (B&B), Days Of Our Lives (DOOL), General Hospital (GH) and the Young And The Restless (Y&R) stunned viewers with some unanticipated departures. The following are 12 of the most surprising character exits of 2020.

Theo was a relatively new character, having just joined the Y&R in May 2019; however, viewers were still surprised that he was being written out so soon. He and Kyle shared a classic rivalry and even found out they were cousins. But after their grandmother Dina passed away, Theo decided to sue the Abbotts for her inheritance, which led to them offering him the Abbott matriarch’s boutiques in Paris. Theo accepted and left for Paris in December.

Another surprising departure was GH’s Dev Cerci, the first casualty of The Floating Rib explosion in November. Dev first appeared on the sudser in 2019, as a teenager from Turkey. Sonny brought him to the U.S. on the premise that he was his cousin. Viewers were stunned when he passed away in a tear-jerker of a scene, with Sonny at his side, in the back of an ambulance.

Dustin first arrived in Port Charles in July 2019 and was immediately attracted to Lulu, who had just split with her husband Dante. The couple’s romance blossomed, and they had moved in together. He was planning to ask her to marry him as they had dinner together at The Floating Rib. But alas, it wasn’t meant to be, and the handsome schoolteacher was the second casualty of the pub explosion. He had serious internal injuries after the blast and as he lay on a hospital bed, he handed the engagement ring to Dante and asked him to take care of Lulu as he perished.

Viewers were stunned when they found out Ciara Brady was leaving Salem for good. After a botched revenge plot, Eve’s henchman Vincent kidnapped Ciara. As her husband Ben, her brother Shawn and her mother Hope tried to save her, Vincent’s car blew up. Even though burnt remains and Ciara’s wedding rings were found in the car, Hope was sure her daughter was somehow still alive, and she left Salem to look for her (see number one on this list).

8. Will Horton And Sonny Kiriakis – DOOL

Fans took to social media to express their outrage when they learned of the pending departure of the only openly LGBTQ couple on the sudser, Will Horton and Sonny Kiriakis. Since their exit had already been all over social media for months, when they finally did leave in the summer, it came as no big surprise to fans, although many were still upset by it. The good news is producers recently announced that Will and Sonny will return to Salem occasionally.

Just when viewers thought Nicole and Eric finally had their happily ever after, a visit from an old friend changed the course of his time in Salem. Eric’s friend told the former missionary his help was needed in the Congo and with Nicole’s encouragement, he packed his bags and headed out of town in September. Nicole told him she’d wait for him to return but how long will it be before she finds comfort in someone else’s arms?

Perhaps it wasn’t that much of a surprise, but fans were still stunned nonetheless when Dina Mergeron departed Genoa City in October. Dina had been the matriarch of the Abbott family since her first appearance in 1983. When she returned to Genoa City a few years ago, she had a secret she was hiding, she was suffering from Alzheimer’s disease. As Dina passed away in the Abbott mansion, she was surrounded by her family and heard her late husband John’s voice calling her to join him.

Jack and Jennifer’s only son JJ Deveraux departed the soap in February. He was heartbroken that after his lady love Haley told Kristen her child was stillborn. Kristen pushed her down a flight of stairs and she succumbed to her injuries. JJ became an addict following his heartache and he even unsuccessfully attempted to do away with Kristen. In February, he headed out of Salem, bound for Africa, although he did return for a short stint to attend his parent’s ill-fated anniversary party in November.

Another stunning casualty of the November bomb blast was Lulu Spencer. She was severely injured in The Floating Rib explosion and suffered a serious brain injury. However, there is still hope for Lulu. Although she is in a coma and was sent to a long-term care facility, this also means she could recover and return to Port Charles in the future.

After weeks of speculation, Julian Jerome exited the GH canvas on December 18. Julian had planted the bomb at The Floating Rib, at Cyrus’ bidding, and then escaped town shortly afterward. But Sonny was hot on his heels and during a bitter standoff on a rickety footbridge, it collapsed, and the two men plunged into the icy water below.

Viewers were also surprised to learn about the departure of fan-favorite Sally Spectra. Writers destroyed her character when they had the fiery redhead so desperate for Wyatt’s affection that she lied about having a fatal disease. Once her secret was out, she was humiliated and decided to leave Los Angeles for good in August. Those fans who still miss her can take heart, however, as she’s not far away. Sally headed for Genoa City and can be seen these days stirring up trouble on B&B’s sister soap the Y&R.

One of the most surprising character exits of 2020, hands down, was that of Hope Brady on DOOL. This character had been a fixture on the sudser since 1983, so fans were stunned, and many were outraged when they learned that Hope would be leaving Salem for good to search for her daughter Ciara. Her last appearance on the soap was in October. Although the character’s portrayer, actress Kristian Alfonso, has said she would never come back, viewers haven’t given up hope that she will one day return to Salem.