Home » Entertainment » TV » Cast Of Smallville: Where Are They Now? 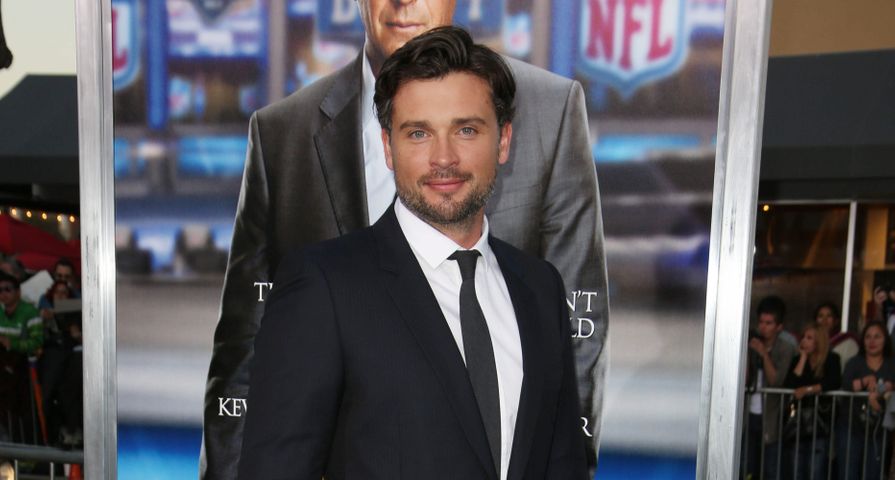 Smallville had a good run – a great run actually – lasting 10 seasons and along the way taking the title of longest running science-fiction series in American television history. Unfortunately it had to end eventually and sadly for fans, not many of the show’s stars went on to become a-list celebrities, which is often the case for many actors and actresses after portraying the same role for so long. It’s been four years since we’ve had Tom Welling to save us, or since we watched Michael Rosenbaum portray one of the best Lex Luthor’s in Superman history, so we decided to find out what is going on with our favorite group of Smallville residents now.

Erica Durance took on the iconic role of Daily Planet reporter and Clark Kent/Superman’s love interest in Smallville, entering the show as a guest star in season 4 before being credited as a series regular in season 5 and she continued in the role until the show ended in 2011. Luckily for Durance, 36, she had little time in between starring in successful shows as in 2012 she was cast in the lead role of Dr. Alex Reid in the CTV original series Saving Hope, a medical drama that incorporates the supernatural. Although she is starring in the show, as well as producing, as it continues on in its fourth season, she also starred in a Hallmark TV movie Wedding Planner Mystery and also has a role in an upcoming film dubbed Painkillers. Durance married fellow Canadian actor, writer and director David Palffy in January 2008 and gave birth to the couple’s first child, a son, in February 2014.

Actor John Glover was well known for various villainous roles before being cast as the father of Superman’s arch nemesis Lex Luthor in Smallville. Due to the fact the show began with a friendship between Lex and Clark, Lionel took on the role of the villain for much of the series, appearing in the show first as a guest star and then series regular from seasons two to seven before returning as a parallel universe character Darkseid in the tenth and final season. Following the end of Smallville, Glover has continued acting, appearing in many shows including The Blacklist, Perception and Agent Carter and appeared in several episodes of The Good Wife as Jared Andrews. He has two movies in the works including We Go On, co-starring former Smallville actress Annette O’Toole. Glover is in a long-term relationship with his partner, sculptor Adam Kurtzman; the two have been together since 1993.

Allison  Mack played the role of Clark Kent’s high-school best friend Chloe Sullivan and appeared on Smallville through all ten seasons, making her the only cast member aside from Tom Welling to do so. Since 2011, Mack, 32, has continued to act, taking on a role in the mostly unknown film Marilyn before appearing in a recurring role on the quirky FX show Wilfred when she was cast as Amanda, the love interest for the lead character Ryan played by Elijah Wood. She also appeared on the hit Fox show The Following for one episode, and went on to appear in three episodes of NBC’s new series American Odyssey about a female soldier and an international military conspiracy. Mack keeps her personal life very private and although she announced her engagement to Peter March in 2003, it is unknown if the two actually tied the knot.

John Schneider, 55, like many of the older actors on Smallville was well known before he took on the role as Clark Kent’s father Jonathan Kent. Schneider is a great actor and very easy to like thanks to his charm and did an excellent job in the role, which also means that he unsurprisingly as continued steady work since. Schneider has appeared in several films and TV shows including Hot in Cleveland, Hero Factory and The Haves and the Have Nots, and has many projects on the go as well. Although he has continued to work, fans were most excited when Schneider and his former Dukes of Hazzard co-star Tom Wopat reprised their iconic roles as Bo and Luke Duke in a 2014 Autotrader.com commercial. In mid-December of 2014 Schneider’s second wife Elly Castle filed for divorce citing irreconcilable differences.

Like Glover and Schneider, Annette O’Toole, 63, was an established actress when she took on the role of Clark Kent’s mother for the show and she was also no stranger to the Superman world after playing Lana Lang in 1983’s Superman III. O’Toole has also consistently appeared on different TV series since 2011 as well as continuing her music career including starring in the CAP21 production of Southern Comfort in 2011. O’Toole is still married to actor Michael McKean who also appeared in Smallville as Perry White and coincidentally the love interest of Martha following Jonathan’s death.

Canadian actress Laura Vandervoort, 30, was not on Smallville for as long as many of the other characters but her role was very significant as she portrayed Superman’s Kryptonian cousin Kara Zor-El and comes to Earth posing as Kara Kent, becoming Supergirl. Vandervoort continued acting as well, but it wasn’t until a few years later did she land a starring role again. She appeared in films such as This Means War and Ted and several TV shows before landing the lead role in the werewolf sci-fi show Bitten. Vandervoort is currently residing in Los Angeles California after breaking off her engagement to British actor Oliver Trevena.

Long before he was gracing our screens as possibly the best Lex Luthor ever, Michael Rosenbaum, 42, was already deeply involved in the superhero universe lending his voice to animated Batman series, Batman of the Future and was the voice of The Flash in Static Shock and Justice League. Rosenbaum has continued to take part in both acting and voice roles but in smaller projects such as the TV series, Breaking In and Impastor. He has also tried his hand at directing and writing, making his debut with Back in the Day, a comedy in which he also stars.

Kristin Kreuk, 32, was just launching her acting career with a lead in the show Edgemont when she was offered the role of teenage Clark Kent’s love interest Lana Lang. Kreuk’s character was one of the most important in Smallville until her character exited full time after season 7, returning for only five episodes in season 8. Kreuk also continued acting, appearing in hit show Chuck for four episodes in 2010 as Hannah. Like Vandervoort, she was then offered a leading role on another TV series, Beauty and the Beast as Catherine Chandler/Rebecca Reynolds, a detective who falls in love with a former soldier who was turned into a “mechanically charged beast” by a secret government organization. Also a Canadian, Kreuk lives in Toronto for the filming of Beauty and the Beast and also owns a home in Los Angeles with her boyfriend Mark Hildreth.

As much as we wish Tom Welling continued to reprise his role as Superman, he apparently turned down the role in order to try to curb typecasting after portraying the part for so long in Smallville. Welling did a few films during the years of Smallville from 2001-2011 including Cheaper by the Dozen 1 and 2 in 2003 and 2005, as well as The Fog in 2005, but acted very little afterwards. He appeared in Parkland in 2013, Draft Day in 2014 and has been cast in the latest Nicholas Sparks novel to head to the big screen, The Choice, which is set to hit theatres in 2016. Welling has worked behind the scenes in TV as well, serving as co-executive producer for Smallville‘s ninth season and a full executive producer for the tenth and final season. He also served as an executive producer for the shortlived CW series Hellcats which aired in 2010 but was cancelled in 2011. Welling was married to Jamie White in 2002 but in October 2013, White filed for divorce from her handsome hubby citing the usual irreconcilable differences.