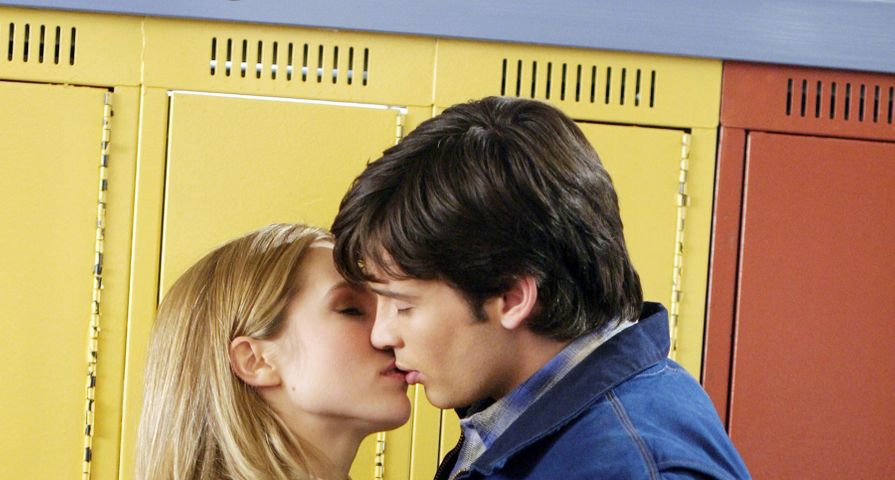 Smallville was a really good show, that much is a fact. It has a loyal fanbase to this day and ran for a very respectable 10 seasons thanks to a great cast, and of course, a base of one of the best superhero stories of all time. A lot went right in the show, like chemistry with the actors, intriguing plots, and excellent writing; however, as it goes with all long-running series, not everything can go right. Many fans agree, the show definitely declined in later seasons and throughout ten seasons and 218 episodes there were a few storylines that had fans literally singing, “somebody save me.” Luckily, a superhero plotline means things can be a bit out there, but some of these were just too much to handle. Check out the 10 worst storylines on Smallville.

Season four is where a lot of fans of the show started wondering if they should jump ship from Smallville fandom and, while some didn’t mind the season, many more didn’t and the whole thing was tied together by the character Jason Teague. Played by Jensen Ackles, Jason was of course a new love interest for Lana and took the series in the wrong direction right when fans were expecting so much more. After three seasons of Clark battling meteor freaks but hiding his powers, fans needed something more and instead were condemned to a season dominated by Lana and Jason and included a lot of flop episodes like “Ageless.” The only thing that saved the show at this point was the season finale “Commencement.”

At first, the story of Lana and Clark was a major and expected part of the show. Unfortunately, their storyline got old quickly, really quickly, as fans were forced to watch them drag out their “I love you,” “Wait, no I don’t” relationship/friendship. Before long, it was hard to watch Clark Kent continuously pine over Lana who was apparently oblivious to his feelings and then simper at him, getting the whole thing started all over again. Needless to say, after her character kind of floundered through strange storylines, we were definitely ready to say goodbye, but even that was messed up with the her final storyline in “Requiem” because she couldn’t even get anywhere near Clark. When her character returned in season eight, there was an opportunity to send her off admirably, but no, of course not.

Pete Ross was an awesome part of the show. One of the best parts of Smallville was getting the story of high-school aged Clark Kent and the people he grew up with. Pete and Clark say goodbye in “Forsaken” at the end of season three after he decides to move to Witchita knowing he can’t stay in Smallville without revealing Clark’s secret or being killed. To the delight of fans, Pete returned in season seven in “Hero;” however, the delight was short lived when his returning storyline turned into a weird, prolonged product placement. The WB/CW had a penchant for “sponsors” being a part of episodes and nothing was so obvious as Stride Gum’s involvement in “Hero.” There’s a concert held in a Stride Gum plant and then Ross gets his Elastic Man powers by chewing a stick of gum that is laced with kryptonite. It was the weirdest and most ridiculous attempt at promotion.

Six seasons into a show means that it has a staple audience who has come to expect big things from the storyline in order to continue capturing their interest and further the development of characters. However, six seasons into the development of Clark Kent as Superman meant fans were well over the charming plots of Clark trying to get a handle on his powers, and that’s why the second episode of season six was so disappointing. Literally dubbed “Sneeze,” the entire episode is based around Clark discovering his “super-breath” after coming down with a cold and then blowing a hole through a barn when he sneezes. The show was past this point of entire episodes based around Clark’s development and were clearly scratching for episode plots to continue the seasons, and whether he was going to don tights and fight or not. At this point, Clark was a grown man, not an awkward teenager anymore and deserved the storylines to go along with it.

We get it, the prominence of kryptonite in Smallville is what made the show what it was as Clark developed his powers, learned control and also learned his limits and weaknesses. Regardless it got much too redundant that nearly every enemy of Clark’s somehow had a piece of krpytonite to bring him to his knees at the most opportune moment, either knowingly or not. Remember the necklace that just so happened to be made of kryptonite? It seemed whenever you were going to see Clark do something heroic or maybe kick some butt, there just so happened to be a chunk of kryptonite laying about, ready to turn him into a useless mortal. Kryptonite is a huge part of Superman/Clark Kent’s story; however it got to the point where the audience could predict exactly what moment Clark would start losing the struggle as something near him glowed green.

As previously mentioned, season four was not a highlight for the otherwise solid show and, as many started to be less than enthused by the character of Lana Lang, the storyline they gave her in season four did nothing to repair that. In the episode “Spell,” Lana is possessed by a distant ancestor who just happens to be a witch, and then uses her powers for two other witches to possess Chloe and Lois as well. It was just another moment in season four when people began to wonder, is this show about Clark Kent or not? Of course we can’t forget another horrible storyline involving Lana, when she is turned into a vampire in season five. In “Thirst,” Lana joins a college sorority, which then turns her into a bloodthirsty monster, becoming almost a parody of Buffy the Vampire Slayer. The fact that Clark’s enemy Braniac is revealed in this episode but it is only a subplot to the Lana storyline is just outright ridiculous.

Like a lot of these “worst” storylines, it’s easy to see where writers were going with this as the premise started off as intriguing enough for the show. While Michael Rosenbaum may very well be the best Lex Luthor ever, it was hard watching him get sucked into the inevitable pull of the alluring Lana Lang, which turned into one of the most unbelievable and dramatic relationships ever. The soap-opera bit really took hold and made us shake our heads when not only did Lana marry Lex, but it turned out he had been injecting her with hormones to make her actually believe she was pregnant. The storyline between these two went from kind of weird to completely outrageous and just when we thought we were done seeing the back and forth between her and Clark, we had to endure it between her and Lex.

Not every episode can be top tier, but this one definitely stands out as completely unnecessary and absurd in an effort to connect with what was popular elsewhere in the entertainment world. Near the end of season five, which was thankfully stocked full of better storylines than season four, Smallville included the episode “Mercy,” which essentially mirrored the popular “Saw” movies. This time the focus is on Lionel Luther who is kidnapped and forced to play deadly games with a psychopath in a creepy mask. The episode kind of came out of nowhere in a blatant effort to get ratings based on the Saw fanbase, but for fans of the show, it was a total bust.

While it was nice to see Clark go for someone other than Lana for a change, the writers took this relationship overboard resulting in a ridiculous storyline between Clark and Alicia. From they’re meeting when we thought Clark had revealed his powers to someone with no way to hide it to her ability to transport, we knew the Clark and Alicia relationship was going to be a headscratcher. While there had been plots around Clark acting out while affected by red kryptonite, which were intriguing, it was somewhat relieving to see the always polite and uptight Clark rebel a little, but his Vegas wedding to Alicia was just cheesy and unnecessary.

A lot of Smallville fans are in agreement that of all the strange things they had to endure through the plot lines of Smallville, the one for “Apocalypse” is by far one of the worst. In the season seven episode, Clark is shown by Jor-El what it would have been like had he not been sent to Earth. While the majority of the episode wasn’t horrible, as all fans like an alternate reality story, the end of the episode was simply ridiculous. The entire myth of Superman is tampered with and even messes with previous episodes when it is Clark who puts himself as baby Kal-El into the ship that will take him to Earth after Clark is transported back in time to Krypton to stop Braniac from killing him as a baby. It is well understood that Smallville is not Superman’s story but Clark’s; however, that is no reason to go messing with the well established history of pop culture’s most well known superhero.