Home » Entertainment » Celebrities » Cast Of Smallville: How Much Are They Worth Now?

Cast Of Smallville: How Much Are They Worth Now? 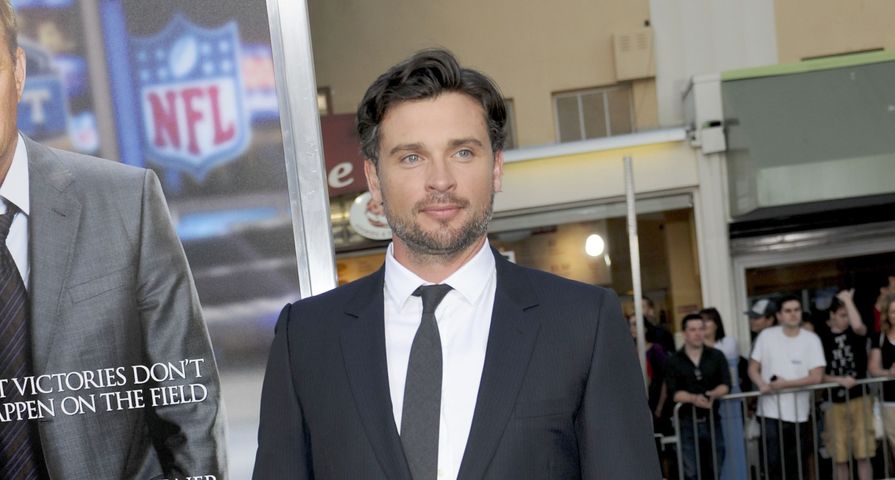 Being a teenager is hard enough without throwing secret superpowers into the mix. But in Smallville, a young Clark Kent did his best to balance the ups and downs of being a teenager while also learning to control his alien-inborn abilities. Clark might have been launching for the sky, but the show launched the actors into stardom. Now that Smallville has disappeared into the fog of TV-land-past, the actors have moved onto other projects, some more successfully than others, and their bank accounts reflect it. Check out how much the stars of Smallville are worth now.

Estimated Net Worth: $4 million. An older generation of TV-watchers might know John Schneider better as Bo Duke of The Dukes of Hazard fame, but nowadays he’s known as the former Smallville farmer who became Clark Kent’s adoptive father. Both roles helped Schneider pad his bank account and has resulted in a nice little fortune estimated at $4 million.

Estimated Net Worth: $4.5 million. Annette O’Toole played Clark Kent’s fiercely protective and loving mother Martha Kent on Smallville and was the adoptive mom the teen desperately needed. Her stint on the show solidified her as a small-screen staple at the time along with the rest of the cast and, along with her other acting work, means that Annette O’Toole has an estimated personal fortune that’s slightly more than her Smallville hubby at $4.5 million.

Estimated Net Worth: $2.5 million. Erica Durance nabbed the juicy role of Superman’s Lois Lane on Smallville and that was just the beginning for this talented and gorgeous actress. After Smallville finished its run, Erica moved on to a few minor roles until hitting the jackpot again by nabbing the lead role on the popular Saving Hope playing the lead, Dr. Alex Reid. Her roles may be prime, but she hasn’t quite started bringing in the bowl-you-over paychecks. Still she’s doing quite well for herself with an estimated personal wealth of $2.5 million.

Estimated Net Worth: $5 million. On Smallville John Glover played Lionel Luthor, Lex’s dad and the super-wealthy, super-powerful head of LuthorCorp. His role was well ingrained in the life of the teenaged hero-to-be which meant he had a lasting stint on the popular show. The role was just as complex as the storylines demanded and Glover played it to perfection which resulted in him currently being worth an estimated $5 million.

Estimated Net Worth: $2 million. Speaking of the wildly wealthy Luthor family, Lex himself did well on the show becoming the CEO of LexCorp and LuthorCorp resulting in the character being worth billions. In real life, the actor who played Lex, hottie Michael Rosenbaum, isn’t quite in the billionaire arena, but he’s doing fine for himself with an estimated worth of $2 million.

Estimated Net Worth: $5 million. Before Lois, there was Lana. Playing the part of Clark Kent’s teenage love, Kristin Kreuk established herself as a crush-worthy star as Lana Lang. Kristin moved on from beauty and the superhero to Beauty and the Beast, starring as the beauty herself in the show that ran for 4 years. Her roles on two successful shows has led Kristin Kreuk to amass a personal estimated worth of $5 million.

Estimated Net Worth: $7 million. Playing the best friend of an epic superhero can pay off, at least it can if you’re Allison Mack and play the devoted Chloe Sullivan. Allison made her mark on the small-screen in her Smallville role, but her success didn’t end there. She went on to other roles including playing Amanda on the super quirky, saucy-dog-talking series Wilfred. All of her work means that Allison Mack currently has a personal worth estimated at around $7 million.

Estimated Net Worth: $12 million. Can you make money being a superhero? Yes. Can you become super rich being a superhero? Yes. At least you can if you’re an actor playing one of the most popular superheroes of all time. And if you’re as cute as Tom Welling, well, that won’t hurt one bit. Since the show ended, Tom hasn’t been quite as busy as some of the others on this list, but he currently has new productions in the works and, really, he can afford to take a bit of a break with an estimated worth of $12 million.