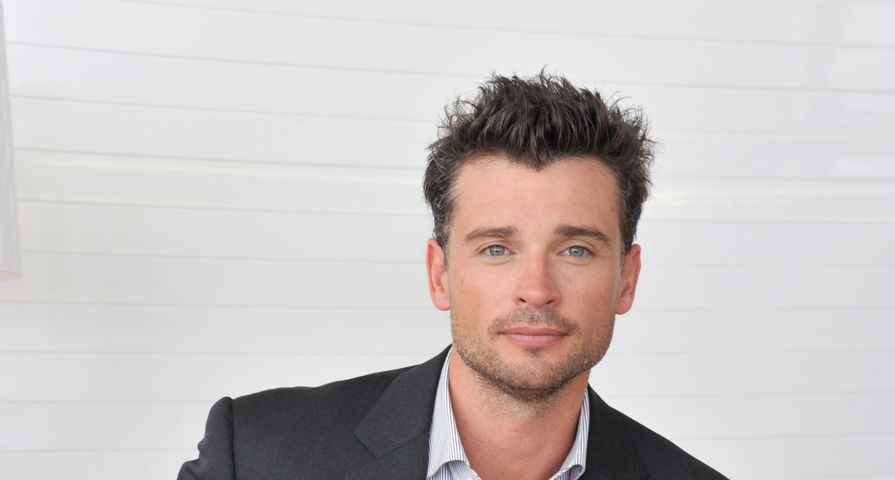 Tom Welling was one of the most well known actors for a decade when he landed the role of Clark Kent/Superman for the major hit series Smallville. Welling’s time in the role from 2001-2011 ended up defining the character and, since the show’s end, he as largely fallen off the radar, which is a considerable drop considering the level of fame he had reached. With a role in Nichols Sparks’ newest adaptation to the big screen, The Choice, we are only reminded how much we love Tom Welling and how much we miss seeing him on our screens on a regular basis. Welling has a talent for keeping out of the spotlight and his personal life extremely private, so here are 10 things not widely known about the charming actor.

Thomas John Patrick Welling was born in April, 1977 in New York to Bonnie and Thomas Welling. His dad is a retired executive for General Motors, and his mother stayed at home with Tom and his siblings. Tom grew up with two older sisters, Rebecca and Jamie, and a younger brother, Mark.

Welling’s family moved around a lot so he spent his freshmen year of high school at Salesianum School in Delaware before his family moved to Michigan where he graduated from Okemos High School. Welling has said he received “fair” grades, but focused mostly on sports and had no interest in going to college once he was done high school.

Despite only having 11 acting credits to his name, Welling has a very respectable estimated net worth of $12 million, thanks mostly to his long run on Smallville. It is estimated that Welling was making around $175,000 per episode of Smallville near the end of the series.

Although Welling only took a few roles following his years as Clark Kent, he hasn’t been completely absent from television. Back in August 2015, the actor appeared on an episode of the Cooking Channel’s Man Fire Food. In the episode called “Backyard Blowouts,” Welling and friends mow down on what looks like an awesome clam bake, all prepared with fire, and he doesn’t seem to be missing the spotlight at all.

In Smallville, Cheaper By the Dozen and Draft Day, Welling at some point plays a pretty impressive football player, yet interestingly enough that sport ranks below several others in his personal life. In high school, Welling played varsity soccer starting as a striker, but finished high school as a goal keeper, while he also enjoyed baseball playing short stop and pitcher. Despite these sports, he states that his favorite sport is basketball, leaving football at fourth regardless of his time with the sport on-screen.

Tom Welling has made it clear he doesn’t want to be a star who is always in the headlines and getting their picture taken stating. “I don’t want to be a celebrity for the sake of being a celebrity. I want to work and then go home and live in private.” That’s why it shouldn’t be too surprising that he expanded his focus of work to behind the cameras as well. In the ninth season of Smallville, Welling served as a co-executive producer and in the tenth became a full executive producer while he also went on to become an executive producer on the short-lived CW comedy Hellcats. He also took a turn directing seven episodes of Smallville throughout his years on the show.

On July 5, 2002 Welling married his longtime friend and love, model Jamie White, in Martha’s Vineyard. The couple lived in British Columbia until the end of Smallville after which they moved to Los Angeles. Unfortunately, in 2013, White filed for divorce citing “irreconcilable differences” and the divorce was finalized in November 2015.

After deciding he did not want to go to college, Welling continued to live with his parents after high school and instead went into working in construction. He also spent some time bartending and waiting tables before making it into the entertainment industry.

While still working construction, Welling was discovered in 1998 by a catalog camera scout who spotted him at a party in Nantucket and told him to try modelling. He eventually moved to L.A. where he landed modelling gigs for brands such as Tommy Hilfiger, Abercrombie & Fitch, and Calvin Klein. During this time he modelled alongside Ashton Kutcher who he ended up becoming pretty good friends with.

Tom Welling’s first on-screen project was appearing in Angela Via’s music video for “Picture Perfect,” and soon after he auditioned for the role of Tag Jones on Friends, but the role instead went to Eddie Cahill. Welling did find success with a six episode spot as Rob Meltzer in Judging Amy and in 2001 appeared in the hilarious yet short-lived series Undeclared starring Jay Baruchel, Charlie Hunnam, Seth Rogen and Jason Segel.