Celebrities You Forgot Appeared on Smallville 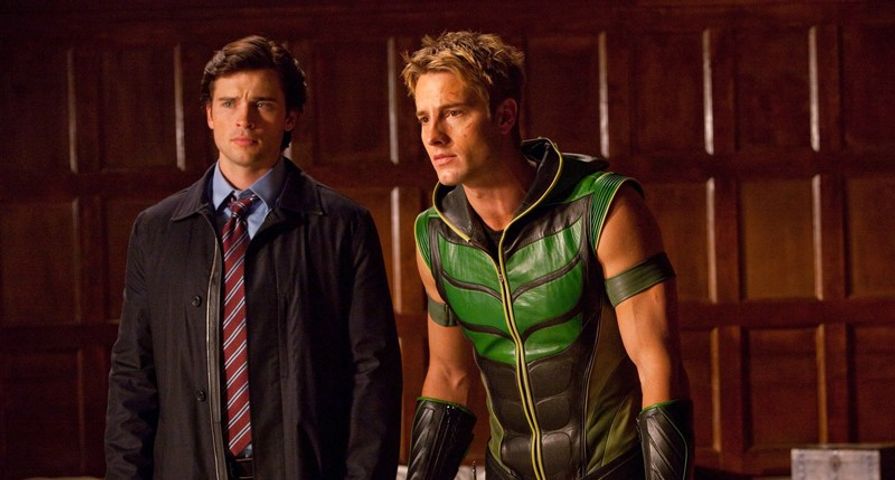 While superheroes may be all the rage right now with endless films and series, The WB/The CW were ahead of the curve with the Superman origin series, Smallville. During Smallville’s 10 season-run from 2001-2011, there were a lot of guest stars, and some were very recognizable including Superman legends like Christopher Reeve, Dean Cain and more, but looking back on the series there were quite a few more well-known faces in the cast. Check out these 12 celebrities you forgot appeared/guest starred in Smallville:

Past his time as Randy Taylor on Home Improvement, not much has been seen of Jonathan Taylor Thomas. While many assumed he had quit acting altogether, he did make a few special appearances in series such as Veronica Mars, 8 Simple Rules, and Smallville. Jonathan Taylor Thomas appeared on the superhero series twice as Ian Randall and made his first cameo in the season two episode “Dichotic.” Thomas, like so many other celebrity guest stars, played a metahuman transformed by the meteor rocks, who became one of Clark’s enemies. Ian Randall was exceptionally intelligent and his powers gave him the ability to duplicate himself. After being banished to Belle Reve, Randall returned in season 3’s “Asylum” but was defeated once and for all at the end of the episode. 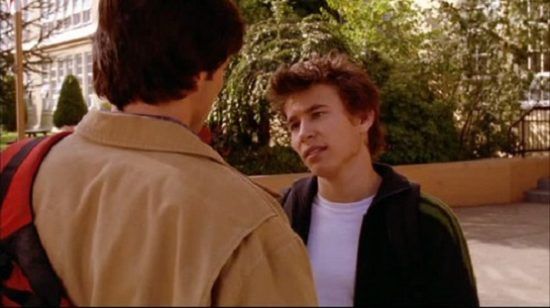 Before she was lighting up the big screen in leading roles in films such as Enchanted, Julie & Julia, The Fighter, American Hustle, Arrival and more, Amy Adams was just trying to build up her acting resume and found her way to the set of Smallville. In the show’s very first season, when Smallville still operated on the “Monster of the Week” method, Adams played said monster for the episode “Craving.” Adams portrayed Jodi Melville, an unpopular girl at Smallville High who becomes attractive and popular after losing weight rapidly due to a diet of kryptonite-infected food. Unfortunately, her new diet then consisted of eating the fat from live animals — and then her peers — before Clark put a stop to it. Adams had no way of knowing that 12 years after her Smallville appearance she would not only have a substantial blockbuster career but would go on to have a much bigger role in the DC Comics universe and the Superman story when she took on the iconic role of Lois Lane for Man of Steel which she has reprised in subsequent Justice League films. 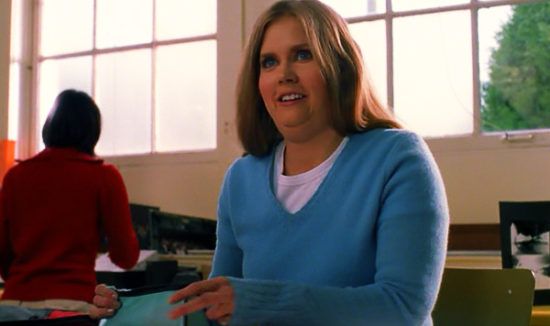 One year before his big breakout role on The O.C., Adam Brody was just another Hollywood up and comer who was booking a lot of single episode appearances, including in season one of Smallville. Brody appeared in the episode “Crush” as Justin Gaines, a high school student who gets telekinetic powers and goes on a homicidal rage to harm those responsible for an accident that left him without the use of his hands. After he kills the high school’s principal, Gaines discovers that the principal wasn’t the one driving the car that hit him, it was his son. Eventually, Clark has to save even Chloe from Justin after he romances her with no indication about his powers, but also then turns on her. 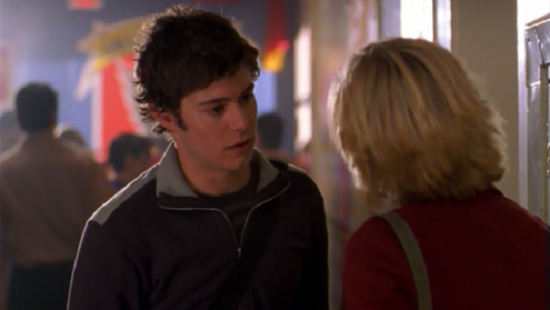 Lizzy Caplan is one of those actresses that seems to fly under the radar despite how many roles she has taken on, but in the early 2000s, she was just getting her career off the ground. In season one of Smallville, she made her first appearance as Tina Greer, the best friend of Lana Lang who is a shapeshifter and uses her power to rob banks disguised as Lex Luthor before attempting to kill Lana out of jealousy. While Clark came to Lana’s rescue, Tina was only sent to Belle Reve and turned up again in season two after realizing that she was actually in love with Lana. Tina transformed herself into Lana’s ex-boyfriend Whitney and proceeded to try to ruin Clark’s relationship with Lana by any means necessary. Tina Greer was actually one of Clark’s strongest adversaries in the early seasons, but Caplan’s time on the series has been long forgotten after she went on to major roles including as Janis Ian in Mean Girls. 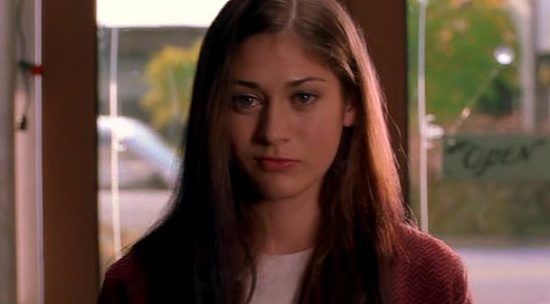 Although many actors and actresses start their career by taking on small roles in single episodes of different series, that time of Brian Austin Green’s career came after his big break. After portraying David Silver from 1990-2000 on Beverly Hills, 90210, Green jumped from show to show and ended up being a recurring character on Smallville from 2009-2010. He appeared in three episodes through seasons nine and ten as John Corben/Metallo, a supervillain with a super grudge against Superman who he believed was responsible for his sister’s death. Green wasn’t the only Beverly Hills, 90210 alum to appear on Smallville either as Tori Spelling appeared in seasons six and eight. 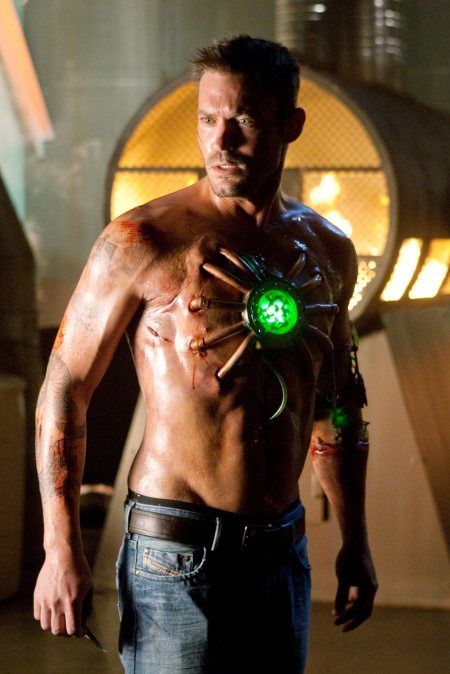 Evangeline Lilly has charmed fans with her roles in films such as The Hurt Locker, Real Steel, and The Hobbit, not to mention her starring role in Lost, but back in 2002 to 2004 she had a very small role in Smallville. The actress appeared in four episodes, and at first, she was credited as Wade’s Girlfriend, but soon was just a high school extra, often popping up in scenes but rarely had a line. It might have been a small start for Lilly, but she has had no problem becoming a big star, especially with her latest role of Hope van Dyne/The Wasp in the Marvel Cinematic Universe. 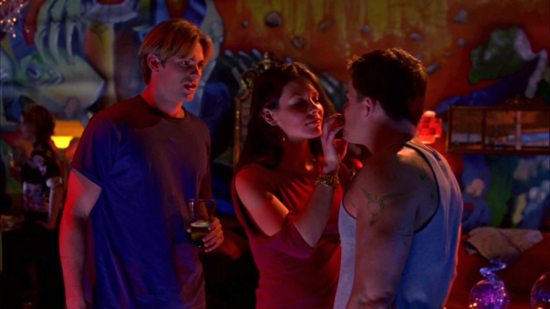 Before he was Stefan Salvatore on The Vampire Diaries, Paul Wesley appeared in some of TV’s biggest series including The O.C., 8 Simple Rules, and Smallville. Although he only appeared in one episode of Smallville, back in the season two episode “Prodigal,” his role was rather significant. Smallville surprised everyone by having Wesley appear as Lucas Luthor, the unknown half-brother of Lex Luthor, and love child of Lionel Luthor. “Prodigal” was packed with family tension as it was clear that even though Lucas hadn’t been raised by Lionel he had all the manipulative, deceiving and volatile genes of a Luthor. Unfortunately, after just the one episode, Lucas Luthor was never heard from again. 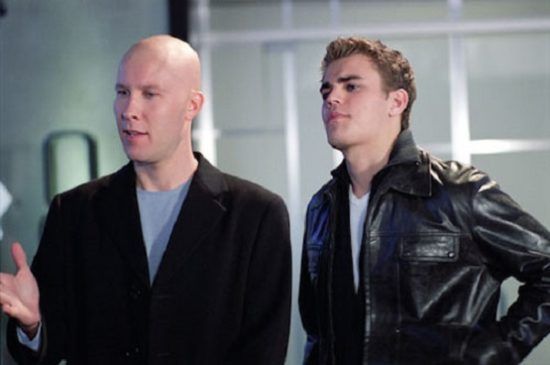 Tyler Posey began acting at a very young age and had quite a few notable roles to his name already when he appeared on Smallville in the season six episode “Subterranean.” Posey appeared as Javier Ramirez, an immigrant laborer being forced to work on a farm neighboring the Kent’s. Upon running away from the farm he was saved by Clark and it was discovered that many laborers had died working on Jed McNally’s farm. While it was the last time Posey’s character was seen on the show, he continued to amass roles both on television and in films, but it was in 2011 he landed his biggest role of all as Scott McCall on the hit series Teen Wolf.

The late, great Carrie Fisher made many amazing cameos over the years ranging from series such as Sex and the City to ones like Smallville. In 2005, Fisher appeared in the season five episode “Thirst” as Pauline Kahn, the editor-in-chief of the Daily Planet who hires Chloe. Although she was only in one episode, her role was essential for moving Smallville into its Daily Planet and Metropolis phase, but unfortunately, she was replaced by Michael McKean’s Perry White as the newspaper’s editor-in-chief in later episodes. 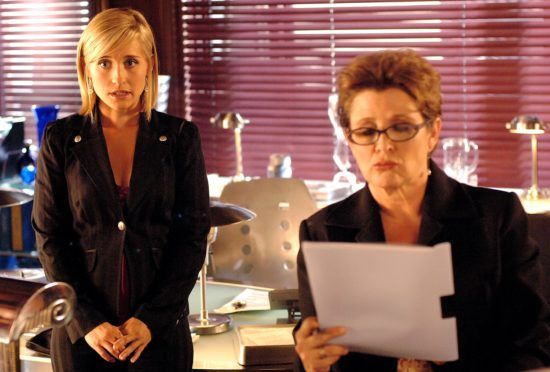 Although Jensen Ackles will forever be known as Dean Winchester thanks to his starring role in the massive sci-fi series Supernatural, he had a substantial role in Smallville right before Supernatural began. From 2004-2005, Ackles starred in 22 episodes as Jason Teague, an assistant football coach for Smallville High who begins an inappropriate relationship with Lana Lang while she is still in high school. Although at first, he was simply another love interest for Lana, his character developed into a villain until he was finally killed by a meteor shower. Prior to Supernatural and Smallville, Ackles also had recurring roles in Days of Our Lives, Dark Angel and Dawson’s Creek. 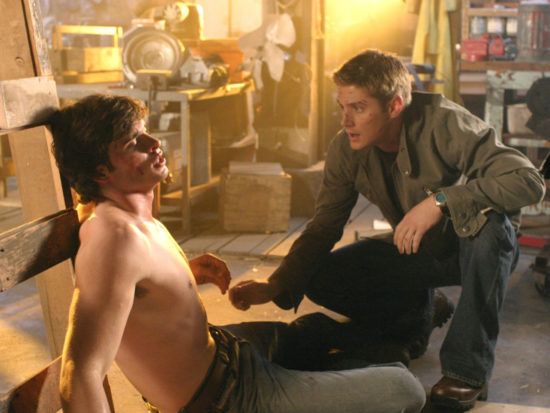 Paul Wesley isn’t the only handsome star from The Vampire Diaries to have made an appearance on Smallville. Before he took on his role in Lost and five years before he became Damon Salvatore, Ian Somerhalder appeared through six episodes of Smallville as Adam Knight in season three. Originally, Somerhalder was supposed to have a much longer stay on the series as Lana’s love interest but because of a lack of chemistry between Somerhalder and Kristin Kreuk, he was turned into just another metahuman for Clark to battle and was killed off. 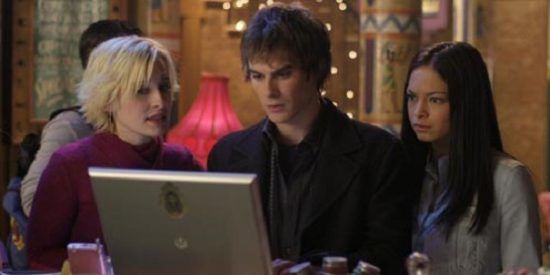 Thanks to the massive success of This Is Us, audiences now see Justin Hartley and think of Kevin Pearson, but before the major role he was a huge soap opera star and had a recurring main star on Smallville in the show’s later seasons. From season six to the end of the series, Hartley starred on Smallville as none other than Oliver Queen/ Green Arrow who forms the beginnings of a Justice League with Clark Kent/Superman and becomes the main interest for Chloe Sullivan. Hartley actually had a very big role on Smallville, but that part has been overshadowed by his days as Adam Newman on The Young and the Restless and now, of course, as Kevin Pearson on This Is Us. 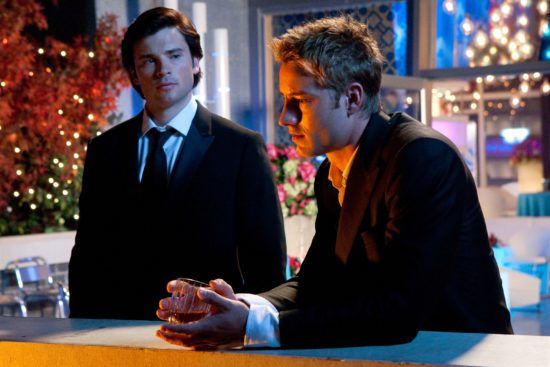