Home » Entertainment » TV » Cast Of Pretty Little Liars: How Much Are They Worth? 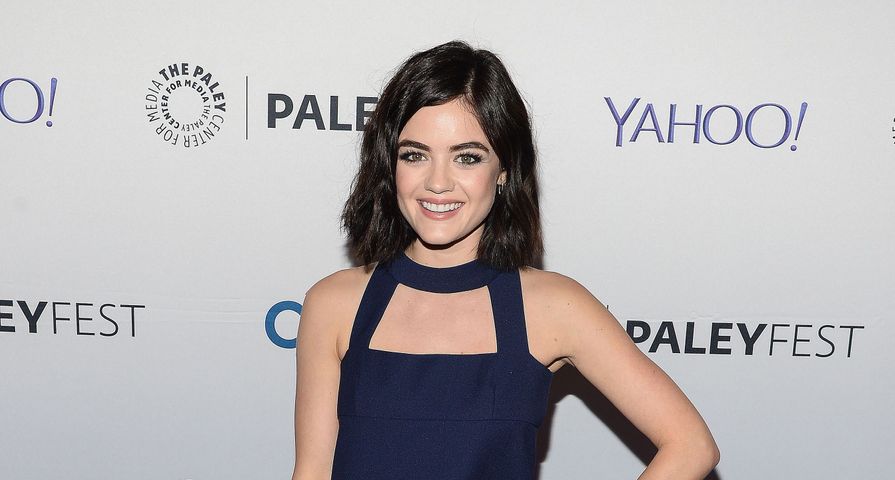 Over the course of seven seasons, Pretty Little Liars has enjoyed a lot of success. With the return of each new episode, the plot thickens as new twists and turns emerge. The second part of season 7 premieres on April 18 and promises to be just as mysterious as the rest. A lot will change in the lives of our favorite characters, but one thing will always remain the same: the shows enormous popularity. This is largely attributed to the four main gal pals of the PPL series, along with their leading men who have all become widely recognized famous faces since the show began seven years ago. Take a look at how much the main cast of Pretty Little Liars is worth now since starring on the show:

Estimated Net Worth: Unknown. The 29-year-old model/singer turned actor is still relatively new to the acting world and he’s stacked up quite a resume, which is why it is surprising that his net worth is unknown. He’s recognized for his role as Jesse Pratt in the independent film Peach Plum Pear and most recently as Caleb Rivers on Pretty Little Liars. He left the series in 2013 to pursue a spinoff show called Ravenswood, but it never took off so he’s returned to his role on PLL. His breakout role was in 2002 on Nikelodeon’s series Unfabulous, but he’s also done a role in the film Next of Kin and The Doers of Coming, and appeared on TV shows like Cold Case, Days of Our Lives, Gigantic, and a webseries by Josh Schwartz known as Rock Ville CA.  He’s also recorded songs for Wendy, Secret Life of the American Teenager and for his character on Pretty Little Liars. Forbes reported last March that Blackburn dropped $965,000 on an L.A. mansion, so we’re guessing he’s got a nice little net worth that rests somewhere between $3-5 million. It’s safe to assume that Tyler’s bank account is doing just fine these days.

Estimated Net Worth: $2 million. Keegan is from Southern California and a newbie on the acting scene. He landed his first role in 2002 on a short film titled Small Emergencies, but today he is widely recognized as Toby Cavanaugh on Pretty Little Liars. After a long hiatus he returned to acting on Nickelodeon’s show Big Time Rush and starred in the short film As A Last Resort. His real career binding role was on the PLL series, and since landing this gig he’s made an appearance on CSI: Crime Scene Investigation, Youthful Daze, Young & Hungry, and played the role of Jake on I Hate My Teenage Daughter. He has also appeared in the Lifetime movie The Hazing Secret, The Sound and the Fury, Palo Alto anf the film Bukowski, directed and produced by James Franco. He’s also got a couple movies in post-production at the moment. Talk about running with the big dogs! Keegan isn’t just a one-trick-pony, he’s also a photographer and musician. He has a book of photography called “life.love.beauty” which is a National Bestseller. All of these accomplishments have added up to his estimated net worth of $2 million.

Estimated Net Worth: $3 million. The 29-year-old German native didn’t start his acting career until 2009, after this point he was seen in movies like Business Card on the Rocks, Christmas Without You, Deadtime Stories 2, Dynamite a Cautionary Tale, Adventureland and Love and Other Drugs. He then moved onto his big time role on Pretty Little Liars as Ezra Fitz, the handsome high school teacher who mistakenly dates one of his students, Aria Montgomery. He also made an appearance in one episode of NCIS: Los Angeles. We’ve noticed his resume isn’t quite as stacked as the others on this list, but he’s made a good start with an estimated net worth of $3 million.

Estimated Net Worth: $700, 000. Janel Parrish is a 27-year-old actress and singer-songwriter who plays the conflicting character of Mona Vanderwaal on the ABC series Pretty Little Liars. In addition to working on the small screen, Parrish is well known for her role as Jade on Bratz: The Movie and appeared on season 19 of Dancing with the Stars — she even finished in third place. She’s been acting and singing on stage since she was a little girl, starting off in Hawaii doing theater productions like Les Miserables, but then moved to on-screen roles like Baywatch and Disney productions on the Disney channel. Her impressive acting skills have taken her on to do sitcoms like The Bernie Mac Show and O’Keefes, as well as popular shows like Zoey 101, Heroes, and The O.C. Her reoccurring role on Pretty Little Liars is her longest and most accomplished character, but she’s recently returned to the live stage with a Tony Award-winning Broadway musical, Spring Awakening. For such a young actress, Janel is well accomplished, but she’s never had a huge leading role which is why her net worth is the lowest. In the meantime Janel sits comfortably with a net worth of $700,000.

Estimated Net Worth: $2 million. This South African native actress plays the role of Alison DiLaurentis on Pretty Little Liars, and surprisingly she’s only 21-years-old!  Despite her young age, she already has a estimated net worth of $2 million. She’s been acting since the ripe age of 6 when she made her first television appearance on the WB comedy series Family Affair, by the age of 16 she was working on films. She’s had many jobs as a model and working on commercials, but her biggest career moves have lead her to win awards like Young Artist Award for Best Performance in a TV series and even been considered for an Emmy. Unlike some of her co-stars on PLL, Pieterse isn’t best known for her role on the show. She’s been involved in well known projects for quite some time, although the show definitely hasn’t hurt her career recognition! She’s also made guest appearances in Stargate SG1, appeared in two episodes of the television series Wanted, played the role of Andie on House and in 2009 she had a reoccurring role as Amanda Strazzulla on Heroes. As for films, she has acted in The Adventures of Sharkboy and Lava Girl across from Taylor Lautner and and Good Luck Chuck with Jessica Alba. All of these impressive roles have amassed her a small estimated fortune of $2 million.

Estimated Net Worth: $2 million. Shay Mitchell is a 30-year-old Canadian actress who began her career as a model traveling all around the world. It wasn’t until later on that she took an interest in acting and landed her first professional role on the Canadian television series, Degrassi: The Next Generation. She then went on to appear in shows like Punk’d, Rookie Blue, Project Runway and Glee, but has become best known for her role as Emily Fields on Pretty Little Liars. In addition to acting, Emily continues to model and is currently the spokesperson for the Pantene Nature Fusion line. Her small but mighty resume has gifted her with an estimated net worth of $2 million. Not too shabby!

Estimated Net Worth: $3 million. As the daughter of successful producers and series creator, Donald P. Bellisario and Debroah Pratt, it seems Troian was destined to be a small screen star. Born and raised in L.A., the 31-year-old actress has been appearing in film since she was a toddler. She appeared in Last Rites at only 3-years-old and since then had guest roles on shows like Quantum Leap, Tequila and Bonetti, JAG, and First Monday. Moving back and forth between television shows and films, she also appeared in movies like Billboard Dad, Consent and Peep World. Since landing one of the leading roles on the series Pretty Little Liars as the fiercely intelligent Spencer Hastings, her career has taken off even more. She’s had reoccurring roles on other successful series like Suits (she’s is dating Patrick J. Adams in real life and also does so on the show) and NCIS. All these acting gigs (some with the help of her parents) and more have earned her an estimated fortune of $3 million.

Estimated Net Worth: $6 million. Ashley Benson’s character on Pretty Little Liars is definitely a fan favorite as she brings some comedic relief to an otherwise dark show. Benson began her career as a dancer and model, but she began focusing her career on acting in the early 2000s and she’s landed some impressive roles ever since. She had a supporting role on the popular daytime soap series Days of Our Lives, and some of her biggest film appearances (but she has more) have been in 13 Going on 30, Bring it On: In It to Win It, Spring Breakers, Ratter, and Pixels. She was also in the following popular series Eastwick, The O.C., How I Met Your Mother, 7th Heaven, The West Wing, Super Natural, CSI Miami, Fab Five: The Texas Cheerleader Scandal, and Family Guy, just to name a few. But her leading role as Hanna Marin really put her on the route to fame as she has now become a household name. A new role is always just around the corner for Ashley Benson, which has lead her to earn an estimated net worth of $6 million.

Estimated Net Worth: $6 million. Lucy Hale is from Memphis, Tennessee and she’s only 27-years-old! The American actress got her big break when she was recognized while competing on the reality singing competition, American Juniors. She made it into the top 5 which lead to guest roles on shows like Ned’s Declassified School Survival Guide, How I Met Your Mother, The O.C., Drake & Josh, Wizards of Waverly Place, Ruby & the Rockits, Private Practice and CSI: Miami. She’s also had reoccurring roles on series like Bionic Woman and Privileged. Since landing her leading role on the PLL series, she’s starred in the Disney film, A Cinderella Story: Once Upon a Song and voiced Periwinkle in the animated film Secret of the Wings. Undoubtedly, her role as Aria Montgomery on Pretty Little Liars has been a strong claim to fame for Lucy Hale. She rakes in about $42,000 per episode! That’s a hefty pay check! Her past roles on hit series and new accomplishments in films in starring roles like the PLL series lumps her in with the rest of the leading ladies at an estimated net worth of $6 million.