Home » Entertainment » Celebrities » Cast Of Real Housewives of Melbourne: How Much Are They Worth? 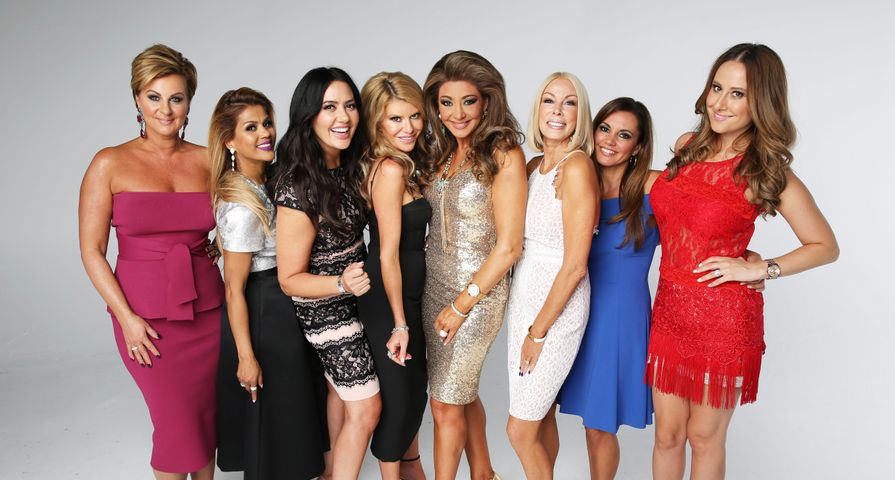 The Real Housewives of Melbourne is one of the newer additions to the Real Housewives franchise with only three seasons under its belt, but despite only being around since 2014, it’s become a huge hit with an ever growing fanbase. Typically an American series, Bravo developed RHOM as one of their international installments and it’s definitely paid off! The show has become so popular, it’s already got it’s own spin-off series in Auckland and Sydney! Like all the Real Housewives cast members, the ladies from the land down under are extremely business savvy, outspoken and of course, have a special flair for drama. They’re also a little competitive when it comes to success, so let’s see who has got what! Here’s a look at how much the women of The Real Housewives of Melbourne are worth:

Estimated Net Worth: $40 million. Chyka Keebaugh has the second highest net worth on this list and is the most well connected Housewife when it comes to the Australian social scene. Chyka and her husband Bruce are not only partners in life, but also in business. The married couple owns Australia’s largest catering and event company called The Big Group, which draws in all kinds of high profile clients like celebrities, corporations and even Middle Eastern Sheiks! She’s also a co-owner of The Design Depot and Capital Kitchen. Starring on The Real Housewives of Melbourne wasn’t her first gig on television, she also held a spot on Good Morning Australia as an advice expert for all things related to hosting parties, decorating and overall having great taste. On top of all this, Keebaugh recently launched her own lifestyle blog which features some of her own tips about decorating, cooking, and everything Chyka! This business savvy Housewife is estimated to be worth a huge $40 million!

Estimated Net Worth: $2 million. When she’s not starring on The Real Housewives of Melbourne, practicing Pilates or touching up on Botox, Gamble Breaux works as an art consultant at the Bilich Gallery. The former model is married to Dr. Rick Wolfe, who’s credited as one of the most well known cataract and laser refractive eye surgeons in Australia. The couple live on the Mornington Peninsula with Rick’s 19-year-old son, Luke, and their two little dogs. In addition to working as an art consultant and even painting a few of her own pieces, Breaux designed her own handbag collection called iGambol. She’s currently worth a small, but substantial $2 million.

Estimated Net Worth: Unknown. Not much is known about Susie McLean’s net worth, possibly because she’s the newest Housewife to join The Real Housewives of Melbourne. So far, she’s only appeared on the third season. What we know about McLean is that she comes from a close knit Italian family and is currently single after two failed marriages, one of which was a high profile divorce from Rod Butterss, former St. Kilda Football Club preisdent. She has two sons, and is really into sports and fitness. McLean is the President of the Country Women’s Association’s Toorak branch and she plans to open a Finishing School within the next year! Considering her wardrobe and the lifestyle she lives, we’re pretty sure Susie McLean is doing just fine when it comes to her financial situation.

Estimated Net Worth: $50 million. She’s got he highest net worth out of all the women on the show and one of the biggest personalities! This Italian Housewife has been with The Real Housewives of Melbourne for all three seasons and credits herself as a wife, gourmet chef, interior designer and avid skier. She doesn’t have a prominent career, so the majority of her net worth comes from her husband, Anthony Norbury, who happens to be a renowned architect and the CEO of Metier3. She recently launched her own website which shares all of her favorite things from cooking, fashion and beauty. She’s a philanthropist who serves as an Ambassador for The Shane Warne Foundation and is deeply involved with the Murdoch Children’s Research Institute. Lydia Schiavello is estimated to be worth a whopping $50 million!

Estimated Net Worth: $25 million. Janet Roach is a self-made woman who makes her millions as a property developer. Twice divorced, she now makes more than both of her ex-husbands, one of whom owned the popular nightclub, Love Machine. As part of her property ventures, Janet recently developed a lifestyle village in Mildura, Australia, for individuals over 55. She also works as a renovator for Red Hill property, which is where she lives. Roach is an avid auction hunter and spends a lot of time attending events to bid on gems for her properties. She also owns her own charity foundation that was created in honor of her son Jake, who suffered third degree burns on 70 percent of his body. In addition to this, she launched a business venture called Raw Essentials which produces medicinal tea. A portion of the sales is donated to treatment for burn victims. Her hard work has paid off because she is currently worth an estimated $25 million!

Estimated Net Worth: $10 million. This Italian-Australian Housewife has been a main cast member for all three seasons of the show. In addition to being a reality star, she’s also an author, criminal barrister and actress. She’s been practicing law for the past 16 years and represented some pretty high profile clients! Liano became a published author in April 2015 when she released her autobiography, Fearless. That same month she landed a job as a cast member in the feature film, Neighbours. Riding the wave of fame, she joined The Celebrity Apprentice Australia for the fourth season, but abruptly left the show due to medical advice. In January 2016 she made her theatre debut in the pantomime adaptation of Cinderella. She’s also lending her voice to the family podcast, The Secret Diaries of Tara Tremendous! Gina Liano is a busy, busy woman! It’s no wonder she’s worth an estimated $10 million.

Estimated Net Worth: $10 million. Pettifleur Berenger joined The Real Housewives of Melbourne for season 2 and has been with the show ever since. She made her earnings as a property developer and more recently, as a reality star. She immigrated from Sri Lanka when she was a teenager, and worked hard to build up her own business where she now sells high end properties. She and her partner, Frank, recently invested in a stable of race horses and travel around the world to watch them compete. In 2014 she launched a self-help book called Switch the Bitch in hopes of helping women worldwide. She’s estimated to be worth $10 million!

Estimated Net Worth: $2 million. Jackie Gillies has been on The Real Housewives of Melbourne for all three seasons. When not filming for the show, she works as a high-profile psychic and is married to Silverchair drummer, Ben Gillies. The rock n’ roll couple started a beverage company called La Mascara in 2013 which has been highly successful. They are now expanding their company from cocktails to High Tea. Things are going well for Jackie Gillies! Jackie and Ben don’t have any children together, and she’s the youngest of all the other Housewives on the show. She’s currently worth an estimated $2 million.