7 Soap Opera Couples Who Should Never Get Back Together 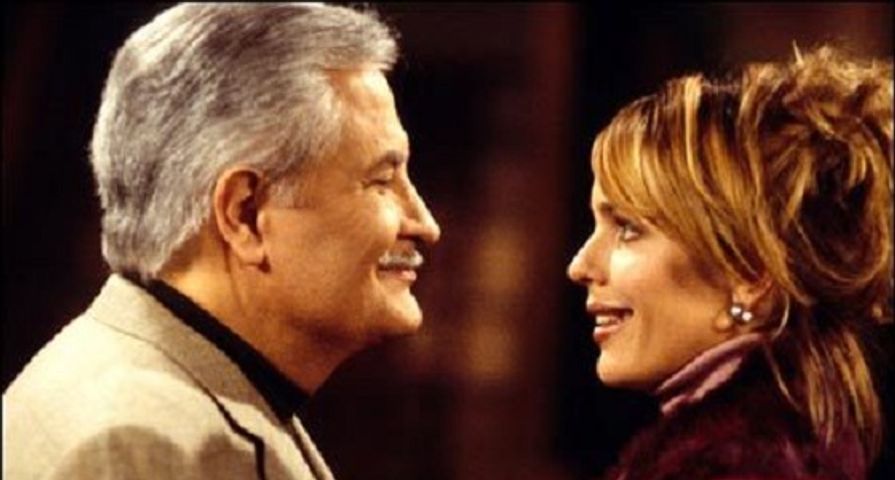 Soap opera fans tune into their daily shows for a dose of drama and romance in the afternoon. We all have our favorite super couples, the ones we’ve watched fall in love and overcome the odds. Audiences also have their least favorite couples, those duos who seem toxic together or simply don’t “click”. As such, below is a list of seven soap opera couples who should never get back together.

These lovebirds have certainly been a super couple in Genoa City for many, many years. When it’s going good between these this Young and the Restless (Y&R) couple, audiences swoon. However, sadly Phyllis’ affairs in the past have crippled the love between these two. Her romp with Nikolas Newman tore their marriage apart in the mid-2000s and despite the fact that Jack has always had a soft spot for Red, more recently an affair between his ‘better half’ and his brother Billy not only ruined their relationship, but tainted Jack a little for good. These two need to stay away from each other and never get back together.

Days of Our Lives (DOOL) Sami Brady was obsessed with her sister’s boyfriend (now hubby) Austin Reed for years in the 1990s. Was their relationship real? Some might say no, while others say yes, but the fact remains: these two not only got married once, but were also engaged a second time at one point. Sure, Sami manipulated her way into Austin’s heart, but gullible Reed allowed himself to be manipulated over and over again. Needless to say, both have moved on, but nothing is ever ‘impossible’ in the land of soaps. These two definitely should never get back together since no love was truly shared between either of them.

Reasons why this General Hospital (GH) couple should stay far away from each other? The reasons for them to break up are: Julian lied to Alexis, still has ties to the mob, two crazy sisters who hate her, and he also tried to kill her merely months into their marriage. Where did the honeymoon phase go? While Julexis fans may disagree, these two can’t carry a relationship on love and chemistry alone. Despite the fact that she clearly has a thing for mobsters, Alexis deserves better.

With these two DOOL villains, one would think this was a match made in Salem heaven. Yes and no. Kate was quite smitten on the Greek when he landed in town early last year and Deimos was taken by his brother’s ex. However, things went downhill fast as soon as he laid his eyes on Nicole Walker. Kate wasn’t too happy on the fact that he dropped her like a hot potato, so much so that she attacked him in a fit of rage, knocking Kiriakis into a river and leaving him for dead. Nothing says ‘love’ like trying to pin your boyfriend’s murder on the woman he was cheating on you with. Alas, the bad news is, they split up … or is this the good news? They never made a great couple to begin with.

Maybe these two would have had a little more chemistry had Franco been played by the actor who originated the character, James Franco. Alas, the idea behind Carly and Franco being a couple was great, but the reality was that they lacked chemistry. Besides, Carly seems destine to be by Sonny’s side and Franco and Elizabeth Webber make a pretty solid couple.

The only thing these two had in common was their love of money. Victor loved the money he earned and Nicole loved spending the money Victor worked so hard to make. The two had zero chemistry together and both hooked up for the wrong reasons. Alas, the good news is, Nicole is not who she used to be and has changed her ways. Victor is also smitten these days with a woman he loves for all the right reasons, Maggie Horton, so there is a good chance these two will never get back together.

What is with soap operas and older, rich men named Victor and their trophy wives? Sadly, this couple was not only wrong on that level, but add in the fact that these two were once a father and daughter-in-law with a father/daughter relationship, and this coupling could be filed under a potential Jerry Springer episode. They got married in 2012 twice (annulled twice too), with the last marriage run having most fans wanting to gag. The good news is, it is very unlikely these two will ever hook up again. The bad news? Their relationship is still torched into the memories of long-time Y&R fans. Who else needs therapy to help erase the era of Shictor?