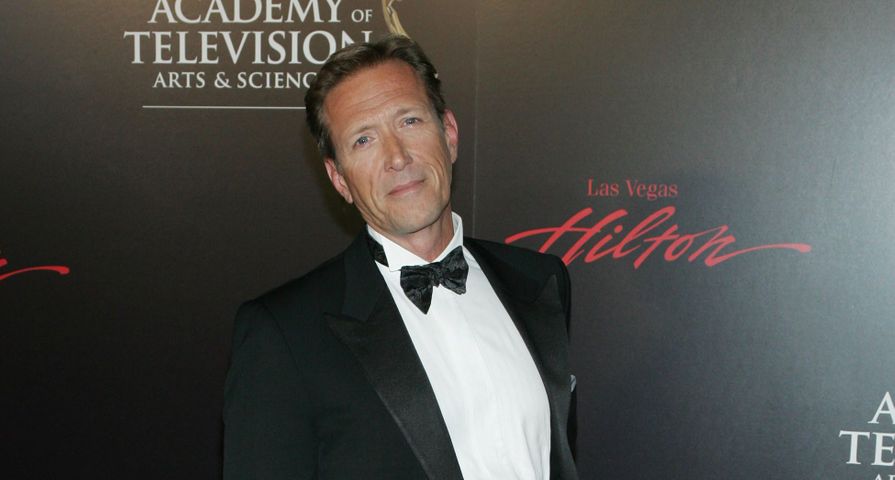 In the summer of 1952, CBC aired the very first daytime drama on U.S. television when the show Guiding Light made its transition to T.V. from radio. Over the next six decades, audiences would come to fall in love with soap operas and begin to tune in weekly to get their daily dose of drama, romance and adventure. As such, audiences also became deeply invested in the larger-than-life characters that were portrayed on these soaps, genuinely caring and interested in what would happen next in their lives. Since that time many soap opera shows (not to mention actors and actresses) have come and gone. Below is a list of seven popular forgotten soap opera actors.

While he may be best known for his role as Eddie Kramer on the primetime hit Baywatch, soap opera fans know him as Days of Our Lives’ Frankie Brady or General Hospital’s AJ Quartermaine. The interesting thing about Warlock is despite the fact that he has had two legendary roles on two of the most popular daytime dramas today, he’s had stints in quite a few other soaps over the years. Some may remember Warlock’s role as campaign manager for Jack Abbott on The Young and the Restless in 2007. Other fans may remember the very small parts he played on As the World Turns and One Life to Life.

Entering the world of drama in 1982, Michael Sabitino broke into the soap opera business with a primetime role in Knots Landing. He would move on to play the dastardly Lawrence Alamain on DOOL for three years (from 1990-1993), and also enjoy roles on other popular daytime dramas including Bold and the Beautiful, All My Children, and even had a stint on the short-lived soap Passions. Probably the best thing that happened during Sabitino’s soap opera career was meeting his now wife, Crystal Chappell. The two met while on Days of Our Lives, got married in 1997 and have been together ever since.

Best known for his role on General Hospital playing super spy Sean Donely for over a decade, John Reilly has also dabbled in other soap operas including Days of Our Lives, As the World Turns and Passions. While he did reprise his General Hospital role for the show’s 50th anniversary, soap opera fans have seen little of Reilly in daytime television since Passions was cancelled in 2008. Reilly has also made appearances on popular primetime dramas like Melrose Place and Beverly Hills 90210 over the years.

Some Days of Our Lives fans may remember Wayne Northrop as the original Roman Brady, playing this character from 1981 to 1984. After Northrop left the show Drake Hogestyn was recast into the role and the face of Roman changed dramatically. While Marlena struggled with her husband’s new identity, fans also struggled with this new Roman. Alas in 1991, the storyline had an unexpected twist, John Black was born and Northrop returned as Roman for a short stint until 1994. Northrop would leave Days once again, only to re-emerge in 2005 as an entirely different character that was still linked romantically to Marlena Evans. Dr. Alex North only lasted a year and sadly Northrop has not appeared on a soap opera since. Northrop is married to fellow soap star Lynn Herring (Lucy Coe) from General Hospital.

Soap opera veteran Walt Willey played on a number of daytime dramas including the cancelled shows Another World and Ryan’s Hope. However, he is probably best known for his role as Jackson Montgomery on All My Children. Acting on this soap for over two decades, he played the sophisticated lawyer and former district attorney in Pine Valley from 1987 to 2011. Aside from soaps, Willey also dabbled in stand-up comedy, headlining popular venues like The Comedy Store and Caroline’s. Nowadays, Walt has a focus on nonprofit initiatives, developing the Willey World Endowment Fund that supports children’s charities.

Stephen Schnetzer has been on a variety of different soap operas over the years, including Days of Our Lives and One Life to Live. Still, he may be best remembered as Cass Winthrop from Another World, playing the quick witted and handsome lawyer that was always able to woo the leading ladies in Bay City. When Another World was canceled, Schnetzer was able to reprise the Cass Winthrop role quite a few times on other soaps thanks to the character’s popularity. Cass made an appearance on As the World Turns (from 1999 to 2002, then again in 2005 and 2006), as well as Guiding Light in 2002. Today, fans may hear more of Schnetzer on the radio or TV than see him as the talented actor who has turned into a successful voice over actor, becoming a part of many advertising initiatives for companies such as Mercedes-Benz.

Fans of Another World were devastated in 1999 when NBC decided to cancel the soap opera after a 35-year run. One of the more popular characters of the show was Jake McKinnon. Played by Tom Eplin, Jake was a bad boy from the wrong side of the tracks that seemed to have a heart of gold. Eplin played McKinnon (on-and-off) from 1985 until Another World went off the air. He was able to reprise this role for a short amount of time on As the World Turns, jumping to the show shortly after AW saw its demise. The best part in all of this was that fans were treated to a little more of Jake, until he left that soap in 2002.