7 General Hospital Spoilers For The Week (May 30) 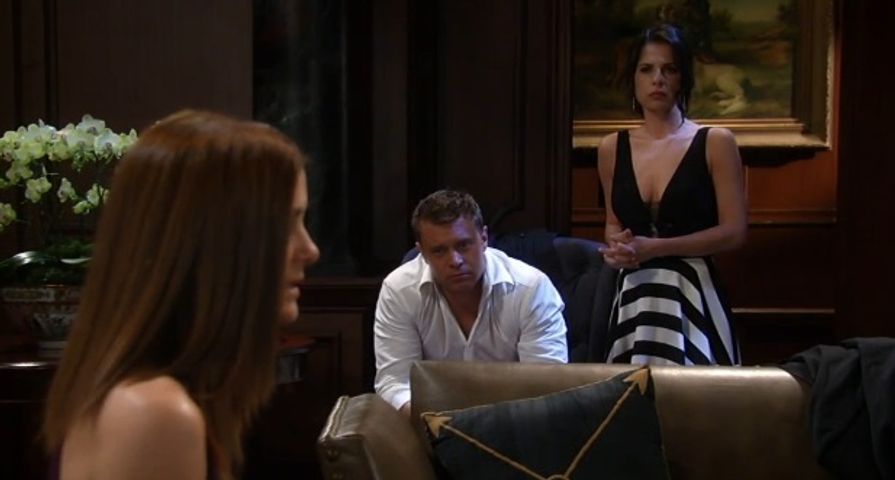 While there is no General Hospital (GH) episode airing on Monday, thanks to the American Memorial Day long weekend, the week is still jam packed with plenty of romance, intrigue, and of course, drama! Learn more about the fates of Hayden, Spencer, Jason, Hamilton Finn, Lucas, and more, in the GH spoilers for the week of May 30th, below.

Jordan arrives at Wyndemere on Tuesday’s GH episode. While all arrows are pointing to Jason as Nikolas’ killer (so much so that Hayden demands his arrest), Jordan refrains. Jason does become a ‘person of interest’ and is asked to stay in Port Charles until further notice. It seems the evidence is mounting against Jason, and a surveillance video and Nik’s mobile phone that is crushed become two key pieces that work against Jason.

Liz arrives at Wyndemere with Spencer, after she had him over for a sleepover. Oddly enough, Spencer seems unaffected by the news, as Hayden comforts him, and grandmother Laura notes Hayden’s bond with Spencer. Liz immediately believes that Jason is innocent, and runs to Jordan and tells her all about Hayden’s secret regarding her diamonds. Speaking of Hayden, Naomi Dreyfus steps into Port Chuckles this week, and she seems to be staying in the little town for a while. She will provide Hayden with some pretty cool information about her family.

Meanwhile, JaSam take matters into their own hands and launch an investigation… but how long until everyone figures out that Nikolas is not dead and gone, just missing?

4. The Fate Of Lucas

Seems like there will be some bad news surrounding the fate of Lucas Jones. Brad alerts Julian some bad news, and poor Bobbie is left to make a hard choice. Speaking of Lucas, Hamilton Finn seems to be at the source of some weird GH incidents that are affecting patients. Obrecht thinks she knowns something, and makes some pretty heavy accusations to Carly. Ms. Corinthos does try and confront Finn, but does he come clean? Meanwhile, Finn is in bad shape, and of course, Hayden of all people finds him. He tells her to forget what she’s seen. It seems that Finn has a connection to all these patient deaths in GH, but is not the one behind them. Finn reaches out to Tracy this week, as he looks for an ally.

While Molly is critical of her mom, Alexis is desperately trying to figure out a way to nail Julian. The Nurse’s ball delayed her once, and now the situation around Lucas may delay her again. Speaking of, Diane seems to have some incriminating evidence, but would this be about Hayden documents or does it have something to do with Alexis, after all?

Ava approaches Sonny, pleading with him to not completely cut Avery out of her life. Sonny does listen, the two chat, and Carly is shocked by the decision he makes. In the end, it seems that Avery’s custody will work out and be resolved.

Nathan wants to tell Maxie the whole truth about Claudette, but not all of it will come out. Claudette will be rolling into Port Charles soon enough and Lucy, jealous over Kevin and Laura’s new bond,  concocts a scheme to get him back. She organizes a plot that brings someone to town, but it may end up biting her in the butt.