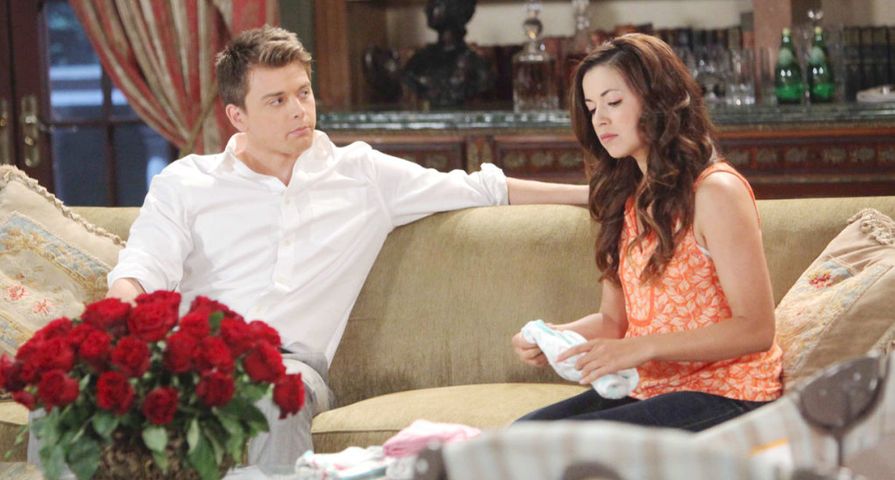 Is Alexis pregnant? Will ‘Theo’ reveal his true identity? How’s Julian doing? So many questions have left General Hospital (GH) fans hanging in the winds this weekend. The good news is, no more guessing as Monday means an entire week of daytime drama lays ahead. Learn more about these characters and lots more in the GH spoilers for the week of July 18th:

7. Things Heat Up On Cassadine Island

A person’s mortality hangs in the balance this week on Cassadine Island. In order to pacify Jason, Theo grabs Sam, and hold a gun to her. He then announces a shocker: that he is in fact Nikolas’ uncle Valentin Cassadine. Disaster erupts on the island and GH audiences will be unsure about the life of one character. Kevin and Dante join forces as well this week. Meanwhile, Laura is quite upset that the lives of two of her children are now at risk. Ava decides to get on Valentin’s good side to save her own skin – not thinking about anyone else involved. Lulu finds something awful on the island that may change her life forever.

Hayden reaches out to Naomi when it comes to getting those illegal meds that Hamilton Finn needs. She has an honest one-on-one with mom and everything seems all dandy until a name from her past heats everything up and Naomi is taken aback. Finn seems to have a friend in Griffin who worries about his health which is further declining. In other Finn news, he approaches Sonny this week with a request that angers the mob boss at first. As the week progresses the two find common ground.

Speaking of Sonny, his better half Carly sticks her nose in their son’s love life. While Carly is still looking into Josslyn’s kidney transplant from years ago, she also takes time for another one of her children this week. Carly believes that things aren’t over between Kiki and Dillon, and she worries about how this will affect Morgan.

4. Could Alexis Be Pregnant?

While it is quite improbable, is anything really impossible in the land of soap operas? Spoilers indicate that Alexis may be pregnant…however, GH writers would have some explaining to do since the character went through menopause five years ago. Alexis does seem worried about an unstable future and thankfully Kristina and Molly are there to support her.

3. Julian Slowly Begins To Lose It All

As his health worsens, Julian begins to slowly lose support from his entire family thanks to his mobster ways. His son Lucas tells him he has come to the end of his rope with him and declares that Julian is ‘dead’ to him. Olivia also strips him of his custody right to Leo. Only one person seems to care and that’s Griffin, who steps it up to assist Julian when it comes to hospital care despite the fact that he killed Duke.

Everyone’s favorite Nurse’s Ball host is back and Lucy Coe takes center stage to throw some allegations around in Franco’s direction. Franco defends himself of course, but it seems that this week, things continue to take a turn for the worse for him. Liz’s ex, Ric Lansing is back in Port Charles for a little bit and offers her some advice. As the week progresses, Franco offers Liz a gift and she rejects it.

Things heat up between Michael and Sabrina, but a new development interrupts their renewed connection. Kristina goes to Parker’s hotel room for a visit and, as it seems, Parker is having problems at home. He might not be thinking about Kristina, but she can’t let go of her feelings for him. Maddox leaves an odd message for someone which causes some confusion. Nina tells Curtis to forget about the ‘Claudette’ investigation and to focus on the kidney case. She then begins to notice that he is quite worried about Jordan.